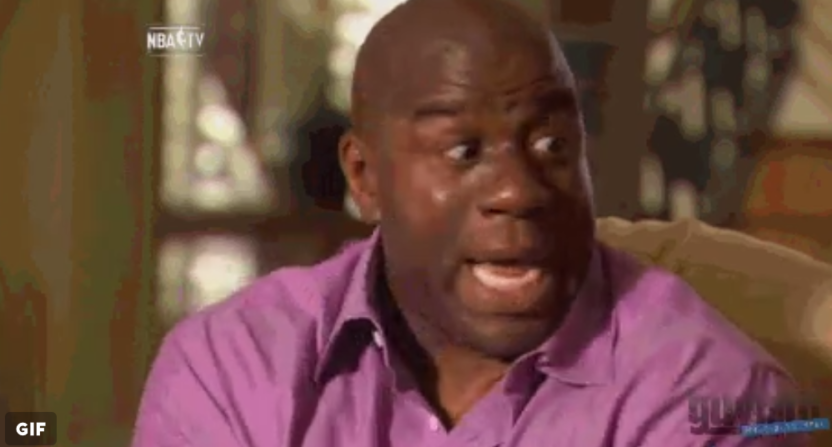 And just like that the NBA offseason is officially here.

Tuesday was the type of day that reminds us why watching Twitter in the summer can be just as interesting for NBA fans as watching actual basketball at other times of the year.

The Lakers made a big trade with complex implications, sending D’Angelo Russell and Timofey Mozgov to Brooklyn for Brook Lopez and a first-round pick. Later in the day, the Atlanta Hawks abruptly dealt Dwight Howard to the Charlotte Hornets for, more or less, a bag of balls. Meanwhile, Dwyane Wade is returning to Chicago, Phil Jackson might trade Kristaps Porzingis, and the Clippers are shopping DeAndre Jordan.

We’ll break down all that and also update you on the rest of the day in sports, right here in The Cheat Sheet.

The NBA world received quite a jolt Tuesday afternoon with this tweet from Yahoo’s Adrian Wojnarowski.

Just like that, the Nets added a 21-year-old point guard only two years removed from being the No. 2 pick in the NBA Draft, and the Lakers opened up a position for Lonzo Ball and cap room for Paul George.

This trade was a big deal not necessarily for the players involved but for the future implications. It seems like an almost foregone conclusion that Paul George will wind up in purple and gold one way or another: either through a trade in the coming weeks or in free agency next summer. And with Mozgov and his bloated contract gone, there could be room for another star’s salary as well. It might not be absurd to imagine LeBron James playing in L.A. by the fall of 2018.

If LAL can find a home for Clarkson, not bring back Randle and stretch Deng, cap space in 18-19 would be $64m. Good enough for 2 max.

Additionally, Russell’s departure seems to clear the way for the Lakers to draft a point guard—most likely the much-argued-over Lonzo Ball.

For the Nets, this trade seems like a savvy move, a buy-low play on a high-ceiling player. For the Lakers, it doesn’t much move the needle on the court but creates a whole lot of intrigue off of it.

Magic Johnson sending D'Angelo Russell to the Nets like… pic.twitter.com/81ucmaq4CY

Dwight Howard traded from Atlanta to Charlotte for… who?

The Atlanta Hawks have agreed to trade center Dwight Howard to the Charlotte Bobcats, source tell ESPN's The Undefeated.

The only real takeaway here is how little value Dwight Howard has in 2017. Thanks to declining performance and chronic locker-room issues, he’s slipped from a truly elite player to one who gets traded for a couple bench bums.

Seven years ago Dwight Howard was the best player in the NBA not named LeBron James, now he's getting dealt for a lesser Plumlee… smh.

First of all, there’s something amusing about the fact Dwight tweeted this literally five minutes before news of the trade broke.

Ok Twitter Fans ,, give me your thoughts , trades or otherwise & Remember 2B-Nice ? pic.twitter.com/Nl6lQFVvBN

Then there was the fact that the Hornets and Hawks’ Twitter accounts (presumably not run by any decision-making execs) more or less told us this was coming.

According to our mentions, we should trade for everybody.

The NBA is so, so weird.

– Knicks president Phil Jackson is reportedly open to trading Kristaps Porzingis, which would piss off approximately every Knicks fan in the world.

– Dwyane Wade will be back with the Bulls in 2017-18, having picked up his $24 million player option. The future Hall of Famer did not beat around the bush when asked his motivation.

Wade did, however, get a little bit defensive against people who allege he’s on the downswing.

– Another NBA nugget: The Clippers are working on trading DeAndre Jordan, according to ESPN’s Chris Haynes.

– If that wasn’t enough shocking NBA news for you, Kawhi Leonard seems to have a new haircut.

– Chicago Blackhawks winger Marian Hossa might have to retire for the oddest reason: He’s allergic to his equipment.

– Pro Football Hall of Famer Warren Sapp will donate his brain to CTE research, when he retires.

– O.J. Simpson’s parole hearing is set for July 20. He could get out of prison in October.

Most 3-HR Games by Players 23 or Younger

– Former NFL offensive lineman Ryan O’Callaghan came out as gay in a profile on OutSports.com, and his story offered a very clear reason why we should care.

This fan was extremely excited to come across Dwayne Johnson in public. So excited, in fact, that he abandoned his truck in the middle of traffic.

Yeah but sometimes traffic is just gonna have to wait to make fans happy ? I was driving in my pick up truck after work and my guy here pulled up beside me, recognized me and started freaking out. I rolled the passenger window down to say hello and then he REALLY freaked out. Jumped out of his rig and came around to my side where he stood in the oncoming traffic lane. He said, “Holy shit Rock you’re my hero, can I take a picture with you?” I said yeah man but let’s pull over to the side and .. before I could even finish he was gone like a flash, “Hold on let me get my phone”.. The light’s turned green and now cars are coming towards him and driving around him. Not one car was beeping their horn because I’m sure they thought some road rage was going down. No rage, just some big, brown, bald tattooed man in his pick up truck taking selfies in traffic. This dude put a grateful smile on my face and got a big ass laugh outta me as well. Besides the traffic jam we caused and his ass almost getting hit by oncoming traffic, making fans like this happy will always be the best part of fame. Thanks dude for making my day. ?? #INeedDarkerWindowTint #GreatestFansInTheWorld