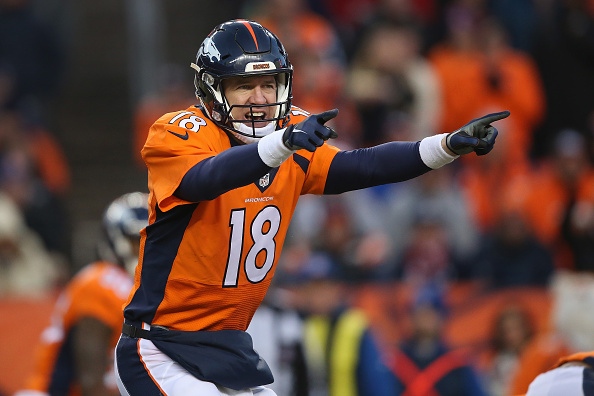 If you’re reading this, that means you survived New Year’s Eve weekend. Congratulations! But between partying, family duties, or whatever else (hopefully not WORK), there’s a good chance you missed some of the big events in the sports world from the last few days. It was especially a huge weekend in the world of the NFL and college football. Let’s get to it in Monday edition of The Cheat Sheet…

The NFL’s Week 17 happened & now we have the playoffs

While things may not have been quite as wacky in NFL Week 17 as they were last week, we still had big surprises that ultimately decided playoff berths, and playoff seeding.

The New York Jets just needed a win over a struggling Buffalo Bills team to clinch an AFC Wild-Card berth, and lost 22-17. The Jets’ Ryan Fitzpatrick threw three interceptions in the fourth quarter, including two in the game’s final two minutes. Ouch.

The Jets still had a chance to get into the playoffs, but needed a Pittsburgh Steelers loss to the Cleveland Browns (a tall order). After the Steelers blew a huge opportunity last week to beat an awful — due to injuries — Baltimore Ravens team, Pittsburgh got it done on Sunday with a 28-12 win over Cleveland. Ben Roethlisberger and Antonio Brown did their usual thing, with Brown reeling in 13 of Big Ben’s passes for 187 yards and a touchdown.

So, the Steelers clinched the final AFC Wild-Card berth, and the main AFC focus turned to the conference’s No. 1 seed.

The New England Patriots went into Sunday in the driver’s seat for the AFC’s top seed, just needing a win over the mess that is the Miami Dolphins. Well, the Patriots looked absolutely terrible, losing 20-10 to Miami.

Patriots looked awful today. Will also probably have Edelman, Vollmer, Jones, and Hightower back for next game in two weeks.

If the Patriots were in the NFC, no one would give them a significant chance to go deep. This team has a ton of problems.

The Patriots’ unlikely loss opened the door for the Denver Broncos to take advantage and steal the top seed. All the Broncos had to do was beat the four-win San Diego Chargers at home… and the Broncos found themselves down 13-7 in the third quarter, turning the ball over five times.

Broncos quarterback Brock Osweiler had three of those turnovers, but it was tough to really blame him for any of them. Regardless, Denver chose to bring in PEYTON MANNING for a spark. While Peyton’s play (5/9, 70 yards, 0 TD, 0 INT) may not have changed much, his presence surely seemed to make a difference. The Broncos looked like a completely different team out there, and went on to outscore San Diego 20-7 the rest of the way with Manning at quarterback, for a 27-20 Denver win and the AFC’s No. 1 seed.

On the NFC side of things, the big game was at Lambeau Field: Green Bay Packers-Minnesota Vikings for the NFC North title. The Vikings came away with a 20-13 win over the Packers to take the NFC North.

Here’s a look at the playoff matchups and schedule:

We have plenty of coverage on Week 17, the playoffs, and Black Monday (there are a ton of firings already) here at The Comeback, so check our main page for much, much more.

The Clemson Tigers surprisingly handled the Oklahoma Sooners without much trouble in the Orange Bowl, coming away with a 37-17 win.

And then the Alabama Crimson Tide did their thing at the Cotton Bowl, annihilating the Michigan State Spartans 38-0.

Now, Clemson and Alabama will meet up in the second annual College Football Playoff National Championship on Monday, January 11th at University of Phoenix Stadium.

As Yahoo’s Pat Forde writes, Alabama-Clemson has a chance to save us from what has otherwise been “THE WORST BOWL SEASON EVER”. Forde didn’t add the caps but I felt they were necessary.

Vegas has Alabama as the clear favorites to win the championship game: 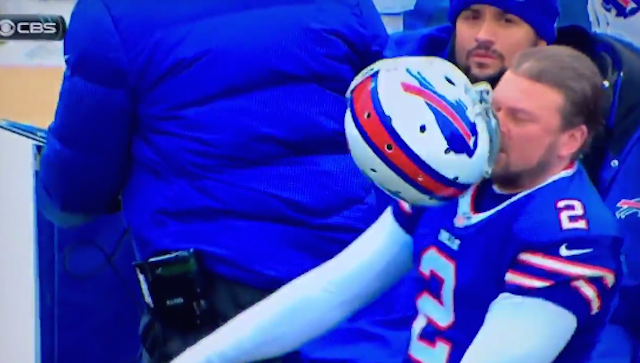 -“A Russian man woke up in a morgue after being declared dead following a night of vodka rounds with friends. Yes, he had a few too many. After his resurrection, the man apparently went back to the party he unwillingly left. This is a real story.”

– Ohio State dominated Notre Dame in the Fiesta Bowl, and it’s natural to wonder what could’ve been if the Buckeyes were in the College Football Playoff.

– Jimmy Butler scored 40 points in one half, a Chicago Bulls franchise record. The same Bulls that had Michael Jordan.

– Bills kicker Dan Carpenter drilled himself in the face with a helmet.

– This year’s Winter Classic ratings were the event’s worst ever.

– George RR Martin is not releasing the Winds of Winter book before season 6 of Game of Thrones.

– Super Smash Bros glitch that will let you control eight players with one controller.

Here is a giant LEGO ball falling apart because why the hell not?