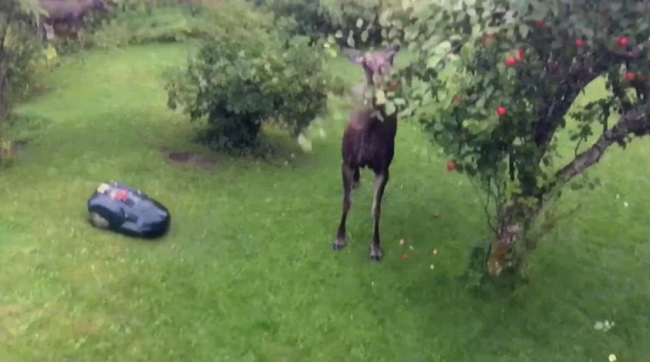 So, summer’s over. That means no more humidity, heat, sunshine, happiness, beaches, convertibles, and whatever else my mind apparently freely associates with summer.

But it does mean one thing: angry, dying hordes of yellowjackets. This is possible a problem unique to the midwest, but my goodness is is annoying and/or terrifying. I like and appreciate bees in general, but wasps and yellowjackets can just get taken out by an early frost any time now, thanks.

This has been Jay’s weekly complaint about nature.

No one wants the NL wild card

Well, this is getting embarrassing. A week after I wrote about the Giants collapse in this very space, the NL wild card race went into last night with three teams tied at the top. And then all three teams lost. The Mets had a potential Yoenis Cespedes walkoff home run robbed by Atlanta’s Ender Inciarte, the Giants capitulated immediately to the Dodgers, and the Cardinals were pounded in binary at Coors Field by the Rockies, losing 11-1. (Ironic, you’d think given the Cards history they’d be well-suited to win a game based on coding or hacking.)

No one wants to win! It’s the saddest race ever! It’s so sad the Pirates aren’t even out of it anymore, sitting three back in the loss column. Nor are the Marlins, if you want to get real crazy. (And that would be real crazy, as MLB doesn’t even have a listed tiebreaker procedure if there are five teams tied for two wild card slots. I want this to happen so, so badly now.)

The best part is, of course, that as soon as one of these teams actually moseys their way into the NLDS, likely against the consensus best team in baseball Cubs, they’ll have a reasonable chance at winning that series, probably about a coinflip.

Baseball! 162 (or this year 163, or 164) games gets you there, and then it’s small sample after small sample to determine the champion. But hey, that’s what makes the playoffs fun to watch.

Also Johnny Cueto injured his groin and said it felt like he was bitten by a crab.

-Those Mongolian coaches that stripped in protest at the Olympics have been suspended for three years. Related, ha, remember the Olympics?

-Colin Kaepernick is receiving death threats, and is also now the most disliked player in the league, according to a poll. This is sadly unsurprising.

-As a part of that Giants loss to the Dodgers on ESPN’s Wednesday Night Baseball, ESPN simulcast the Vin Scully broadcast for the entire fourth inning. It should have probably just been the entire game, to be honest, but it did give us this wonderful call of a Yasiel Puig catch to end the top of the 4th:

-There’s now a hamdog, which combines a hamburger and a hot dog into one sandwich, and yes, in this case I think it’s pretty clearly a sandwich. I would not eat it. (Also, a good hamburger is like a million times better than even the best hot dog. That’s a firm fact.)

-James Harden says he feels like the Rockets just haven’t been on the same page during his time on the team. Now, maybe he’s a believer in a  correlation not necessarily being a causation, but I think it’s also possible he just has zero self-awareness.

-For Awful Announcing, I took a look at a FOX Sports exec basically laying out their rationale for dumbing down soccer for American audiences. It’s insulting and outdated, if you want my shorthand take.

In a league of his own

-There’s a $43 martini made with San Francisco fog. I assume that’s probably on the low-end for a mixed drink in San Francisco.

-Marshawn Lynch went on Conan and was great.

-Kevin Garnett’s second run with the T-Wolves is reportedly coming to an end.

Aww but what a good doggie he tried so hard.

-Julian Edelman might be the backup quarterback for the Pats this weekend.

-Paul Finebaum insulted Michigan fans, which will likely result in Jim Harbaugh punching him in the face, or something.

-ESPN’s adding Scottie Pippen as an NBA analyst, and gunning for Magic and Kobe too.

So, here’s what’s billed as a confrontation between an apple-stealing moose and a lawnmower, which is one of those outdoor Roomba things. The build-up is what makes it:

That moose wasn’t messing around.