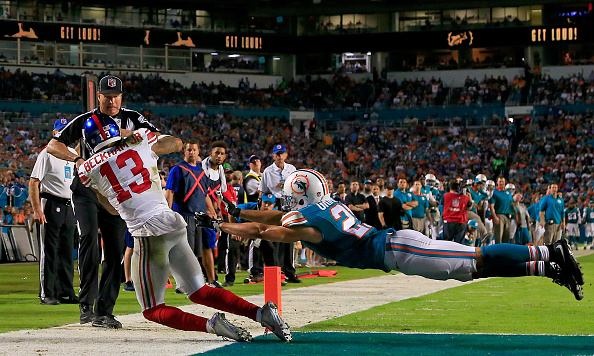 Welcome to The Cheat Sheet, a regular AM feature here at The Comeback. Knowing everything going on in sports takes dedication and time. We’re here to get you caught up on what you might have missed, to help you keep your credibility with friends, family, and co-workers as the go-to person for timely (and sometimes random) sports knowledge.

Hopefully this daily primer can help keep you informed about what’s going on in the sports world and provide some early-morning entertainment as well. Remember to keep both feet in, and let’s go.

The New York Giants took down the Miami Dolphins 31-24 on Monday night at Sun Life Stadium, and the game was really just about two players: Odell Beckham Jr. and Eli Manning.

Manning was 27-of-31 for 331 yards and four touchdowns, and Beckham had a lot to do with that, reeling in seven passes for 177 yards and two scores.

Having no one within 20 yards of Odell Beckham Jr. seems like a poor defensive strategy. pic.twitter.com/Z4asmNDOiB — The Comeback (@comeback_sports) December 15, 2015

Beckham now has 85 catches, 1,230 yards receiving, and 12 touchdowns in his sophomore campaign. Add in what he did in his rookie season, and you get this:

Ryen Russillo was on SportsCenter with Scott Van Pelt after the game and said how Beckham is the most video game-like receiver he can remember since Randy Moss. It’s hard to argue with that. Beckham combines incredible (!) plays with incredible production. There are a lot guys that make the highlight reel plays frequently but don’t put up the huge numbers consistently. And there are other guys who may not be flashy, but produce (and that’s just fine). But Beckham does both, and that’s a special, highly entertaining combo.

As for what the win means for the Giants, they’re now 6-7, which keeps them in a three-way tie with Philadephia and Washington for first place in the dumpster fire that is the NFC East. If you’re not a fan of any of these teams, might as well root for the Giants to win the division so that we get to see more of Beckham. 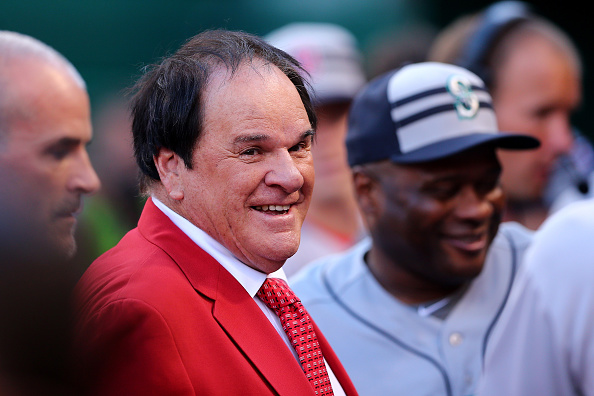 It was announced on Monday that MLB commissioner Rob Manfred has chosen not to lift the ban of the game’s all-time hits leader, Pete Rose.

Here’s some of what Manfred had to say on the ruling (via USA Today):

He (Rose) also “made assertions concerning his gambling habits that were directly contradicted by documentary evidence (the Bertolini notebook) secured by my office.

“And, significantly, he told me he currently bets recreationally and legally on horses and sports, including baseball.

“It is not at all clear to me that Rose has a grasp of the scope of his violations of Rule 21….I am also not convinced he has avoided the type of conduct and associations that originally led to his placement on the permanently ineligible list.

“In short, Mr. Rose has not presented credible evidence of a reconfigured life, either by an honest acceptance of his wrongdoing, so clearly established in the Dowd Report, or by a rigorous, self-aware and sustained program of avoidance by him of all the circumstances that led to his permanent ineligibility in 1989.”

The Comeback’s Joe Lucia perfectly summarized how there was no reason for Manfred to lift the ban.

Serena Williams was named Sports Illustrated’s Sportsperson of the Year

After a dominant 2015 tennis season that included three Grand Slam titles, Serena Williams was named Sports Illustrated’s Sportsperson of the Year on Monday. 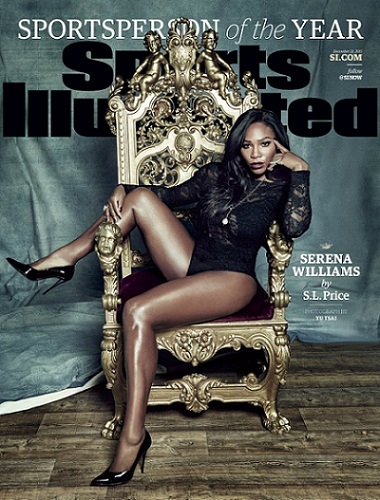 Stephen Curry and Novak Djokovic were also great candidates, but no argument here on Serena being the selection. And a historic selection at that.

Johnny Cueto agreed to a six-year, $130 million deal with the San Francisco Giants on Monday, and in doing so became the fourth pitcher (David Price, Zack Greinke, Jordan Zimmermann) to sign a contract totaling over $100 million dollars this offseason.

Remember the Giants recently signed free-agent pitcher Jeff Samardzija to a five-year $90 million deal as well, and they still have Madison Bumgarner. Factor in one of the best lineups in baseball, and the Giants should be a big threat in what should be a wild National League West. The Dodgers can’t be liking what the Giants and Diamondbacks have done this offseason.

Will Barton of the Denver Nuggets threw down a vicious posterizing dunk on the Houston Rockets’ Donatas Motiejunas on Monday night.

– Referee Bill Kennedy revealed he was gay, after being called a gay slur by Rajon Rondo.

Rondo then half-assed an apology.

– Could the Jacksonville Jaguars win the AFC South? Laugh away but it really looks like a possibility at this point. Especially when you factor in that…

The Colts aren’t sure if Andrew Luck will play again this season.

– Bengals quarterback Andy Dalton may not be done for the season after all.

– The Kansas City Chiefs started the season 1-5, and lost Jamaal Charles for the year to injury. And all they’ve done is win seven straight games. How are they doing this?

– Lindsey Vonn is back to dominating on the slopes. But as far as we know, she is not back together with Tiger Woods.

–The first reactions to Star Wars: A Force Awakens are showing up on social media, and everyone seems to be loving it.

– It was only a matter of time before someone imagined Star Wars-themed helmets for all 32 NFL teams.

– The first trailer for Star Trek: Beyond is out.