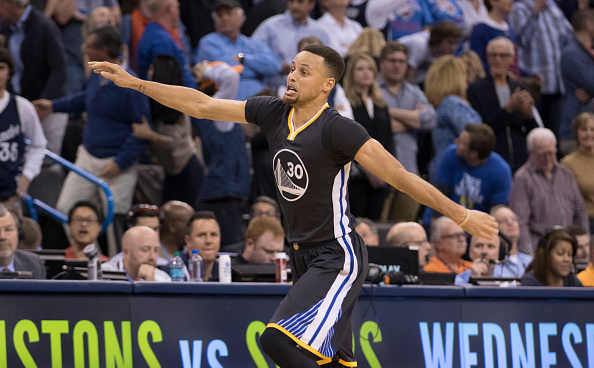 On Saturday night, Steph Curry completed his INSANE road trip with 12 three-pointers and a 32-foot pull-up game-winning three to take down the Oklahoma City Thunder in overtime (yeah, you’ve seen it 1,000 times but just watch it again because it’s incredible):

This was just one game after Steph hit 10 three-pointers and scored 51 points in Orlando, while also hitting a half-court shot (ho-hum):

COME ON! Human beings can’t do these things. Even LeBron, D-Wade, and Dirk can’t’ believe this:

@StephenCurry30 needs to stop it man!! He’s ridiculous man! Never before seen someone like him in the history of ball! — LeBron James (@KingJames) February 28, 2016

These are the other best players in the world and eventual Hall of Famers… and they even think this is all flat-out unbelievable.

And Raptors All-Star guard DeMar DeRozan gets right to it:

He can’t be human.

I’m with you, DeMar. This is the only possible explanation I can accept right now. Either way, goddamn is it fun to watch.

Today is the final day of the NFL Combine

We head into the final day of the NFL Combine, and it was a fairly quiet weekend on that front, at least in comparison to the last few years. Maybe the hype of seeing a bunch of guys run around an empty stadium in their underwear has died down a bit? Speaking of that, one prospect actually had a very unfortunate NSFW underwear malfunction while running the 40-yard dash.

Arguably the biggest name at the event is Ohio State defensive end Joey Bosa, and the opinions of him are all over the place. ESPN’s Todd McShay was disappointed in Bosa’s Combine numbers (Insider article, but you can read the Bosa part for free), while NFL.Com’s Jim Reineking writes how Bosa solidified his status as the top edge rusher at the Combine. So which is it?

If you want to read more on the Combine, here are some winners and losers from each day in the eyes of NFL.Com’s Bucky Brooks: 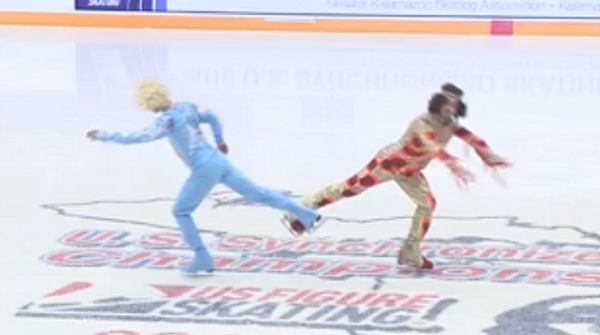 – Today is also the NHL Trade Deadline. On Sunday, the Rangers acquired Eric Staal in a blockbuster move. The 31-year-old Staal isn’t quite the player he was a few years ago, but this is still a nice pickup that should boost New York’s playoff chances a tad, at least.

– Huge news in the soccer world on Friday, as Gianni Infantino was elected FIFA President.

– The NFL is discussing shortening preseason to three games. This is so long overdue, but we’ll see if it actually happens.

– Roger Federer took a shot of tequila at the Oscars.

Also, Jim Harbaugh to coach first base for a Tigers-Pirates Spring Training game.

– Duke’s Grayson Allen can’t stop tripping opponents. He heard about it from the Pittsburgh crowd on Sunday, and even worse, was accused by their student section of eating pizza with a fork:

– The Houston Rockets are an absolute tire fire.

– Vin Scully wouldn’t vote Pete Rose into the Hall of Fame. Welp, I guess that topic is settled then. Whatever Vin says is immediately true.

– We had a delay caused by FAKE SNOW at Coors Field for the Avalance-Red Wings outdoor game:

– MLB At Bats gets its annual Spring Training update. Pumped to watch the hell out of some MLB.TV very soon.

– Gary Woodland strips down to underwear to hit shot at Honda Classic.

– A UCLA men’s volleyball player went into the stands to save a rally. Incredible play here.

– Leonardo DiCaprio makes the most of his long awaited first Oscar win.

– Aaron Paul hints at a Better Call Saul appearance in Reddit AMA. We’ll leave the reaction to another person we wish could have an appearance on the show:

If you’re upset it’s Monday and you have to go to work or school, just be glad you don’t feel like this skateboarder probably does: