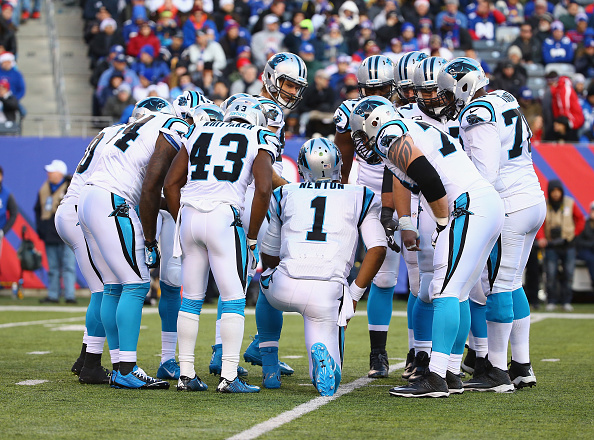 The Pro Bowl is basically the Panthers’ team, Kobe Bryant is on fire (hopefully not literally), Jim Harbaugh loves Darth Vader, Nicolas Cage had to give a dinosaur skull back to Mongolia, and a guy is blaming his addiction to Fallout 4 for losing his job and wife. Buckle up for Wednesday’s Cheat Sheet…

Getting this out of the way of the way first: the Pro Bowl game is a dumb thing and the NFL should get rid of it. Awful football, injury risk to superstar players, etc.

But being selected to the Pro Bowl is still a pretty awesome thing, both for the player and the team that player represents. And it’s especially notable when a team gets 10 players (or 19% of their roster) named to the game as the undefeated Carolina Panthers did on Tuesday:

Kobe continues to look like his young self, drops 31 on Nuggets

We talked about Kobe Bryant’s sudden resurgence on here last week, and the 37-year-old stayed hot on Tuesday night in Denver, matching his season-high of 31 points in the Lakers’ 111-107 win over the Nuggets.

Kobe essentially put the game away with a jumper in the final 40 seconds, and Roy Hibbert’s reaction was great:

Kobe with the DAGGER against the Nuggets pic.twitter.com/Xe1tdsHaYW — gifdsports (@gifdsports) December 23, 2015

So could Kobe change his mind on retirement? He says he’s had no second thoughts about it (so far, at least):

Kobe Bryant’s turnaround was unstoppable, just like it was years ago. He played suffocating defense on the hot shooter, same as he did years ago. For a night, Bryant was vintage Bryant again. No second thoughts about retirement, though. “Zero. Not even an inkling,” he said.

Can’t wait 4 #StarWars to start w/ James & @JayHarbaugh! Wish my guy @darthvader was in it, but he had a good run! pic.twitter.com/7IMJNLpLu9 — Coach Harbaugh (@CoachJim4UM) December 18, 2015

University of Michigan head coach Jim Harbaugh went to see Star Wars: The Force Awakens last week, and was upset to find out his boy Darth Vader wasn’t in the movie.

Why does Harbaugh love Darth Vader so much? “He’s relentless, he’s a jackhammer”, says the coach.

“I was impressed, this was a good story, but Darth Vader, not quite the same,” Harbaugh said. “I wish they would’ve thought of some way to get him back in there.”

The reason Harbaugh wanted to see Darth Vader in the movie? He’s a huge fan.

He also said he is a fan because James Earl Jones, who is a Michigan graduate, is the voice of Darth Vader.

Fantastic. Harbaugh sneaking in a college football quote of the year nominee right before the 2015 buzzer. 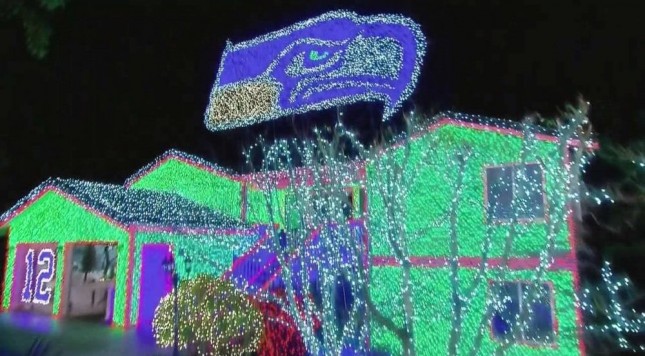 – Nicolas Cage has agreed to return a stolen dinosaur skull to Mongolia. This is an actual thing that happened and not a movie plot (yet).

– This one has taken me ten minutes to type because I can’t stop laughing: A man is suing the maker of Fallout 4 because he claims the video game is too addicting and caused him to lose his job and his wife.

Fallout 4 came out on November 10th! He’s claiming his addiction to a game that’s been out for not even a month and a half caused him to lose his job and wife.

– A Seahawks fan made an incredible 175,000 Christmas light display.

-And we have an incredible Christmas lights show as a tribute to Star Wars.

– Netflix has created socks that pause your Netflix stream when you fall asleep. We have officially reached the future, folks.

– DeMarco Murray is looking like the worst free-agent signing ever.

– Bill Belichick is not a fan of analytics websites.

I see your Holiday Train and raise you a Holiday Truck