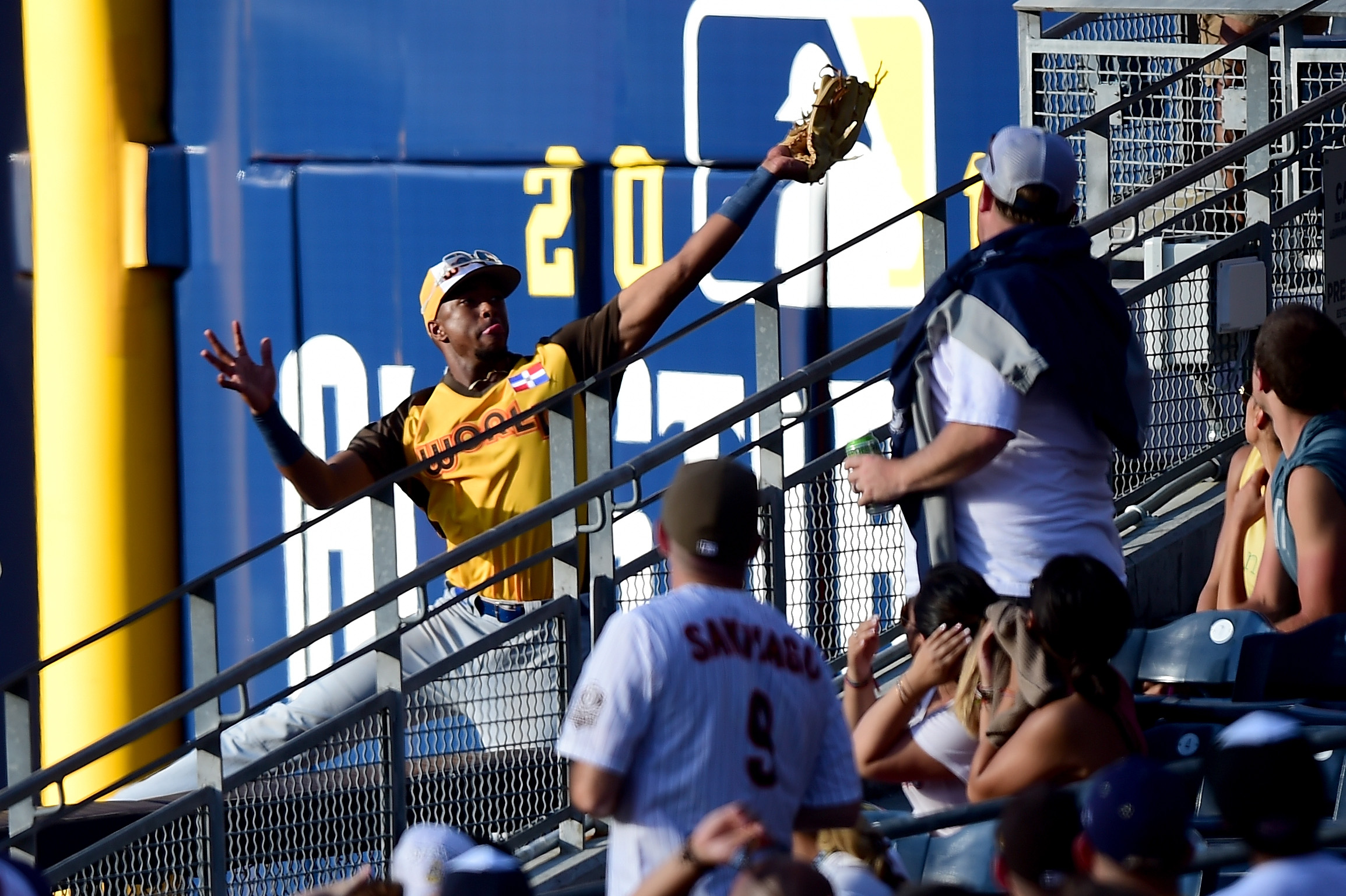 And so we embark upon one of the darkest sports days of the year.

A day populated by the Home Run Derby, which was way cooler when guys were juiced up and socking dingers 600 feet, clearing the train at Minute Maid Park with ease. (Oh, what I’d give for a Statcast of that Sammy Sosa derby.) And there’s also the NBA Summer League. And, wow, we hit bottom fast there.

Hopefully you saved up on some summer binge-watching shows. (Off the top of my head, I’d suggest Mr. Robot, Narcos, BoJack Horseman, and I also enjoyed The Fundamentals of Caring, a movie released straight to Netflix a few weeks back.)

Portugal defeated France 1-0, via an extra time goal from substitute forward Eder, crushing the hopes of the hosts. Portugese captain, star, talisman, perfectly sculpted man Cristiano Ronaldo suffered a knee injury early in the match, and was forced to leave after just 25 minutes.

Saying Ronaldo faked his injury? See photo, realize he fought to come back on TWICE and hang ur head in shame. #POR pic.twitter.com/ZFEyBUlJ8r

France had the better of the chances throughout the remainder of extra time, including a late shot that glanced off the post; inches in the other direction, and that would have been the winner:

Instead, the match went to extra time, which almost always results in penalties. (Unless you’re the United States, in World Cup 2010, World Cup 2014, or last October’s Confederations Cup Playoff against Mexico.)

It was a fairly ugly game, overall, made uglier (in every way) by the forced departure of Ronaldo. Portugal weren’t exactly dominant; they took advantage of the expanded Euro format to advance from group play as a third-place team, and were taken to penalties in the knockout rounds. But they scored a goal, France didn’t, and that’s just how it goes sometimes.

Oh, and Ronaldo was also accosted by a moth:

UFC 200 features the return of a dominant Brock Lesnar

I’m trying to imagine a scenario in which I’d willingly get into the ring with Brock Lesnar. I wouldn’t do it for less than six-figures, and it would likely have to be closer to seven than six. He defeated Mark Hunt in dominant fashion on Saturday at UFC 200, a show that was originally going to be a supercard, but ended up fizzling out a bit, as various fighters pulled out, were forced out, or lost fights designed to set up bigger fights. Lesnar is 38, and if he wants one more run at the UFC heavyweight title, this is likely the time. But he’s still signed with WWE, which puts his status in question.

Lesnar’s victory was the co-main event, as Miesha Tate put her women’s bantamweight title on the line against Amanda Nunes, who promptly took it away from Tate via submission. That division had been dominated by Ronda Rousey for so long, and now the belt is around the waist of a fourth woman within the past year. The rest of the results can be found here.

Cubs prospect puts on a show at MLB Futures Game

The Futures Game is one of the cooler events of All-Star week, and as the rise of Internet prospect coverage has taken hold, it probably overshadows the Home Run Derby for many. And among other standout performances, including Red Sox infield prospect Yoan Moncada’s MVP winning game, Cubs single-A outfielder Eloy Jiminez stood out.

Though the stat line was impressive, the clips speak for themselves. Here he is, ranging way into right field to make a ridiculous over-the-railing catch:

And here he is cracking a monster tater off the top of the Western Metal Supply building that’s part of Petco:

Keith Law is ESPN’s top prospect man, and he was in attendance:

This doesn't even show how far he went to catch it. It was unbelievable. https://t.co/CUHi2nyafw

-The Drew League is essentially incredibly high-level rec-league ball. Based in LA, guys like Kobe, Durant, Paul Pierce, and others pop in for games in the summer, and from time-t0-time we get some great highlights. Yesterday, though, was choice, as Shannon Sharpe (not that one) destroyed a man via dunk:

My goodness, it’d be fun to do that just once. Just one time.

-Some Texas inmates broke out of their holding cell for a pretty good reason: they were trying to save a guard who’d suffered a heart attack.

-There’s a new Iron Man in the comics, and…it’s not a man? Robert Downey Jr. is on board.

–Derek Jeter got married, which is totally, definitely going to last.

-If you missed it, Andy Murray and Serena Williams won the Men’s and Women’s titles at Wimbledon, respectively.

-The European Tour has a fun video from the Scottish Open, with multiple pros playing a practice round par 3 with a putter. Press play and enjoy:

-The Nets tried to steal two restricted free agents, but the Blazers and Heat are matching offer sheets for Alan Crabbe and Tyler Johnson, respectively:

-Angels shortstop Yunel Escobar was tossed for drawing a giant home plate in the infield dirt in a nonverbal protest of his strikeout in a prior inning.

This is what Yunel Escobar drew pic.twitter.com/477ajlYqY8

They say the best art is art that moves people. And this art moved an umpire to toss Yunel. He’s a success. (Was that the right joke? I also considered this: “This is the first time a player has been ejected due to hieroglyphics.” Would that have worked better?)

-A British man was overpaid due to clerical error, and decided to blow it all. He’s now in trouble, because obviously.

-A foul ball just absolutely came to eat on this poor fan. Literally, as it took out a pile of concessions.

-In the ongoing evolution of just what exactly constitutes television, ESPN is reportedly going to go over the top with a subscription service.

A Fake Headline I Wish Was Real

This tiger employing the always effective “splash splash splash” territorial defense, first employed by that one annoying kid at the Orlando Best Western in 1992: