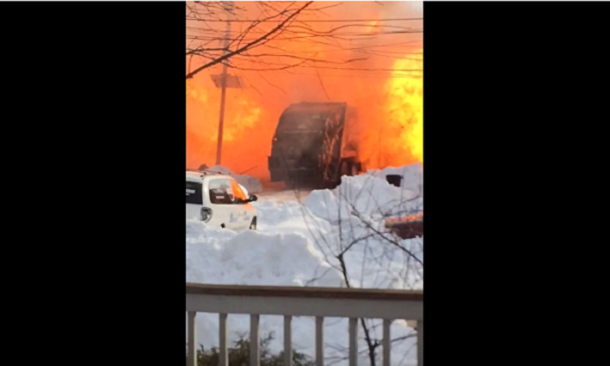 Mark Davis and the Raiders are flirting with Las Vegas and probably just to piss off Oakland, the NBA All-Star rosters are complete, and we’re nine days from SB50. Also, Michael Phelps in a speedo doing free throw distractions at the ASU basketball game, a surfer free-falling down a 40-foot wave, and an EXPLODING GARBAGE TRUCK. Honestly that last sentence was probably my most fun and action-packed one I will ever write. Cheers, it’s the Friday Cheat Sheet.

There’s now Raiders to Vegas talk, but should we buy it?

It appears the Chargers will join the Rams as the second NFL franchise in Los Angeles, and this of course leaves the Raiders still trying to figure out what the hell to do. We’ve heard San Antonio rumors, San Diego rumors, and now Las Vegas rumors.

Told by source idea of #Raiders moving to Vegas is very real. Mark Davis and Sheldon Adelson have been discussing it for two years.

But the ultimate belief is that with Los Angeles out of the picture, the Raiders are just using these other “options “as leverage to get the city of Oakland to pay up for a new stadium, as The Comeback’s Ben Sieck writes:

However perfect the Raiders to Las Vegas fit may seem, keep in mind this likely just a leverage play by Davis. Oakland will hold firm on refusing to fund a new stadium with taxpayer money if the franchise has no other option, but the city might start to bend if the team suddenly starts flirting with another suitor.

In order to make Oakland jealous, Davis needs to do a little flirting with the not-so-cute billionaire at the bar. Then, maybe Oakland will finally reconsider its position. If they are smart, city leadership will ignore this latest maneuver.

Is this Raiders/Las Vegas stuff notable and interesting? Sure. Is it possible there’s something to it? Sure. Is it likely this is anything more than Raiders owner Mark Davis and his wacky hair playing Vegas in order to try to get Oakland’s attention? Probably not.

The NBA All-Star reserves were announced 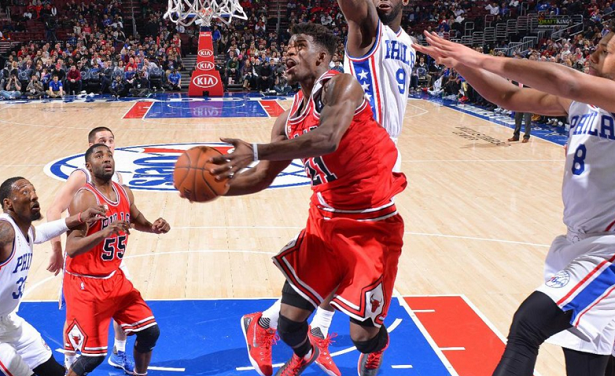 The NBA All-Star Game rosters are now complete after the reserves were announced on Thursday. The rosters are as follows…

The main reaction to these is always of course looking at which players got snubbed. Some that jump out are Pau Gasol (Bulls), Kemba Walker (Hornets), Damian Lillard (Blazers), and Dirk Nowitzki (Mavericks). Dirk not being in this game just feels weird, and he’s still having a very good season.

The Eye on Basketball staff at CBS Sports takes a much bigger look at the snubs.

– Great Broncos read from Ty Schalter: John Elway doesn’t need a plan B, as everything is going according to (his) plan.

– Cam Newton is changing the definition of Southern Gentlemen.

– Why hating the great Cam Newton is a waste of your time. Amen.

– The Broncos are historically right by choosing to wear white. 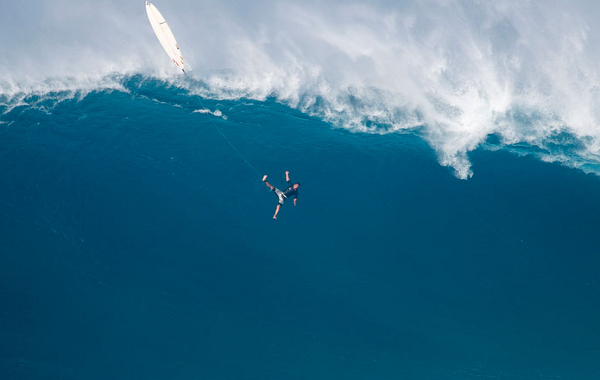 – Dan Levy writes how Novak Djokovic is the most dominant force in men’s tennis, maybe ever. If you watched Djokovic’s first two sets against Federer in the Australian Open semifinals, you’d have a hard time disagreeing.

– Dennis Wideman suspended indefinitely for hospitalizing linesman. This was the right, only call for the NHL, unless for some reason they deemed the cross-check unintentional. They clearly did not.

– Calvin Johnson could return to the Lions… but with a catch.

– What had been a weird rumor is now a weird trade…. this Rays-Rockies deal really doesn’t make sense for a Colorado team that is almost certainly going to be under .500 the next couple seasons.

– Surfer free-falls from the top of a 40+ foot wave at Jaws. This is insane.

– Dave Lozo says the best way to fix the NHL All-Star Game… is to get rid of it.

– The week that was in mostly terrible sports fashion.

– Our first Millenial Review, in which Alex Putterman gives his impressions of Top Gun after watching it for the first time in the last week.

– House of Cards was renewed for a fifth season, but there will be a new showrunner.

– No one wants to talk to Ted Cruz.

Ladies and gentlemen… the Cleveland Browns!

It actually just happened in New Jersey in the last couple days (and no one was seriously injured, so you can laugh and not feel bad):

This neighborhood in New Jersey was shaken up when a garbage truck’s natural gas tank exploded in the middle of the street. Debris flew out like missiles into homes while the fire melted the sides of other homes nearby. Firefighters were quick on the scene to rescue people whose homes were caught in the crossfire. Luckily, no one was seriously injured during the explosion.

Screw it, it’s Friday: One more breath of gratuitous procrastination

We can’t send you into the weekend with an exploding garbage truck. So here’s an adorable newborn horse adorably sneezing and adorably falling over.