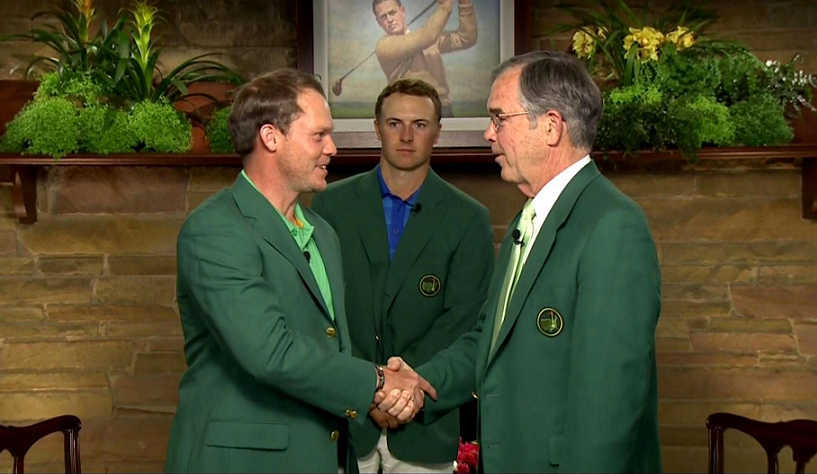 It was a wacky Masters Sunday, and the Golden State Warriors now need to win just one more game to get the NBA regular-season wins all-time record. There was also a tragedy on Saturday night involving a former NFL player. We get to these stories and lots more, here at the Monday Cheat Sheet…

Jordan Spieth took a five-shot lead into the back-nine of The Masters on Sunday at Augusta. And then it all went to hell, particularly on Hole 12. If you haven’t seen this, you’re about to cringe:

Jordan Spieth had a 7 at the 12th hole, here’s the whole painful sequence pic.twitter.com/LXSJuOkjCW

Even if you’re over the Crying Jordan meme, you have to admit this one is pretty incredible:

Well, 28-year-old Englishman Danny Willett swooped in and took advantage of Spieth’s collapse, making three birdies in his final six holes. Willett finished at -5 (and shot an outstanding 67 on Sunday), topping Spieth and Lee Westwood by three strokes to claim the green jacket.

About that green jacket, well, that whole situation was awkward because presenting it to Willett was last year’s champion… Jordan Spieth.

Jordan Spieth had to give Danny Willett the green jacket and it was awkward https://t.co/4njSZADBWc pic.twitter.com/6gWbS6Zz3z

Oh, and we had THREE ACES on Sunday at the 16th hole! And the third hole-in-one, which came from Louis Oosthuizen, was particularly unbelievable. Watch this:

The Warriors beat the Spurs on Sunday night in San Antonio, and broke several records in the process (that’s the link to my more in-depth recap, which includes more videos and tweets). And it was the record they tied, which is the biggest story: The 1995-96 Chicago Bulls’ record of 72 wins.

The Warriors now play the Grizzlies on Wednesday night at Oracle for their final game, and the opportunity to get the regular-season wins record all to themselves, with 73 wins.

This one is just awful, as former Saints defensive end Will Smith was shot to death on Saturday night in New Orleans. His wife was also wounded in the shooting. The shooting reportedly took place due to an argument, after a man (believed to be Cardell Hayes) rear-ended Smith’s car.

The two men “exchanged words” before the driver of the Hummer pulled out a gun and began firing, police said. Witnesses reported hearing six to eight shots.

Trevor Story is the first player in MLB history to hit 7 homers 6 games into an MLB season, and he’s a rookie.

Good lord, Trevor Story. It’s not supposed to be this easy. The rookie launched his seventh homer in just his sixth MLB game, in the Rockies’ 6-3 win over the Padres on Sunday at Coors Field. That is a record… and not just for rookies. No one has ever hit seven homers in the first six games of an MLB season.

Also, he currently has more homers than over half of the TEAMS in the league do lol: 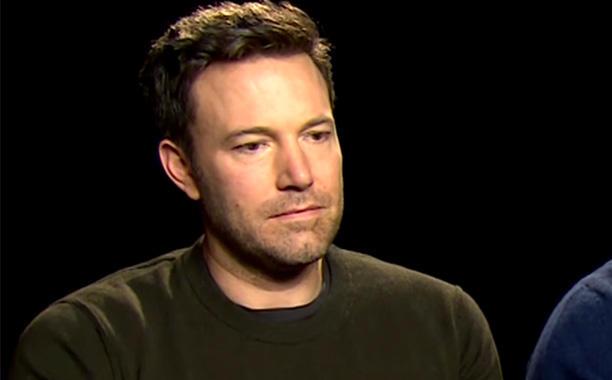 – The Stanley Cup Playoffs field is set, and here’s the complete first round schedule.

– Patrick Kane became the first American to to claim the Art Ross Trophy as the NHL’s leading scorer. The Blackhawks star had 106 points (46 goals and 60 assists) on the season.

– Duke freshman guard Derryck Thornton is transferring, and his uncle went on a Twitter rant direct at Coach K and company.

– Not only did Cubs ace Jake Arrieta throw seven solid innings in Chicago’s 7-3 win over the Diamondbacks on Sunday in Arizona, but he also hit a 2-run BOMB:

Jake Arrieta hit a 442-foot HR, which is longer than any HR he’s ALLOWED in the past 5 seasons He’s only allowed 1 longer HR in his career — ESPN Stats & Info (@ESPNStatsInfo) April 10, 2016

– Nomar Mazara is a top Rangers prospect, and showed why in his MLB debut on Sunday:

– Four NFL teams are reportedly interested in trading up for the No. 1 overall pick (held by the Titans) in the 2016 NFL Draft.

– Ohio governor John Kasich says the Monday after the Super Bowl should be a national holiday. Quite a great last-ditch effort to get some votes.

– Get ready to see the Nike NFL tank-top jerseys at your local pools, beaches, and outdoor concert venues this summer.

– If you Google “Utah Jazz owner”, a picture of Steve Kerr shows up.

– The Sad Ben Affleck video has helped put Simon & Garfunkel’s “Sound of Silence” in the Billboard top 10. It seems crazy given the song was released in 1966 (!), but I know after watching that Affleck video like 100 times that the (fantastic) song has been stuck in my head too.

– Man scares a huge grizzly bear away by literally telling it to fuck off.

– A Walking Dead fan claims to have cracked the code for the season six finale cliffhanger. I’m still angry about that episode btw.