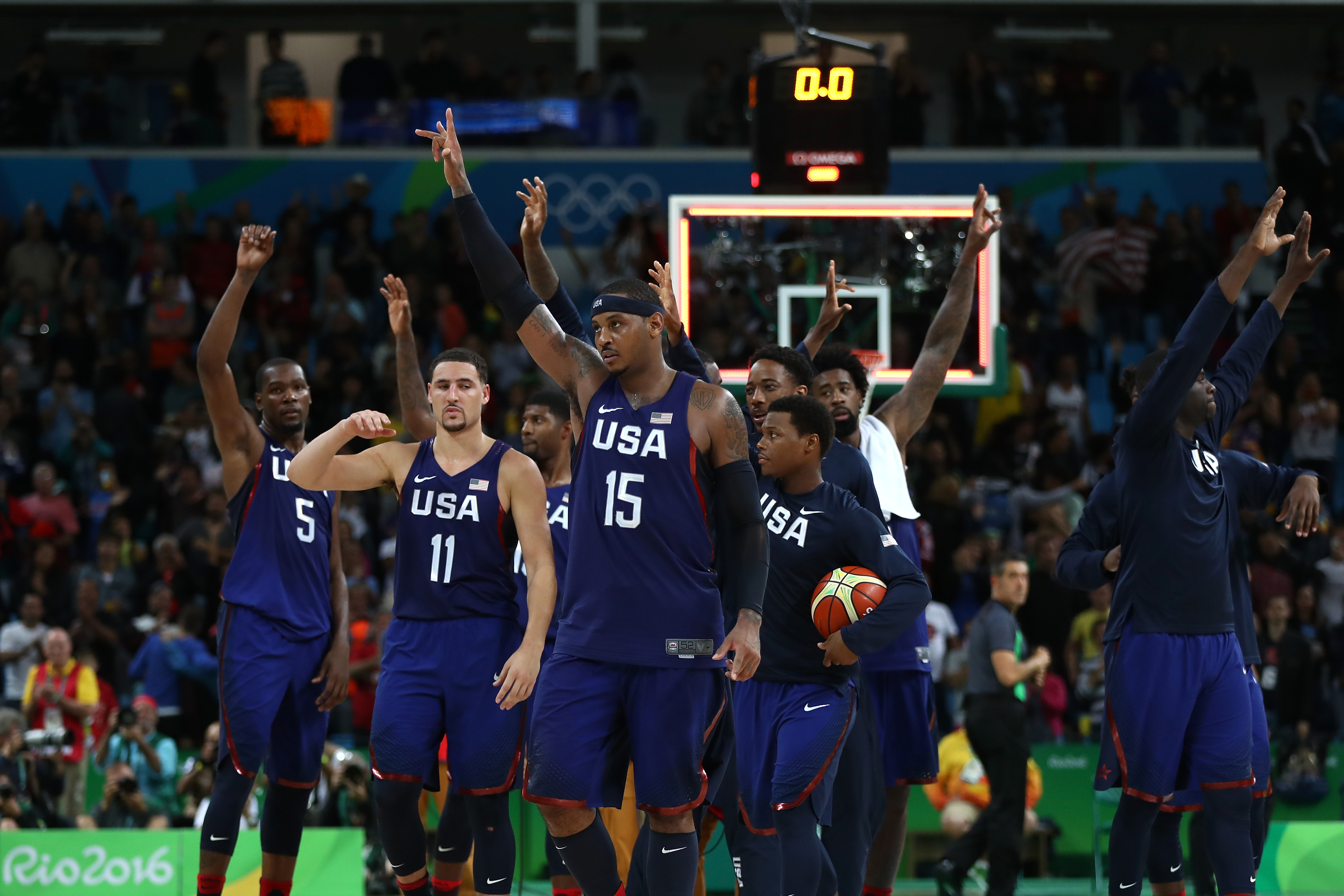 I think the parallels between the USA men’s basketball and soccer teams are fascinating.

For basketball, you get to cheer for the clear favorite, and it’s awesome to watch them stomp teams into oblivion. For the USMNT, you get to pull for both the United States and an underdog team, at the same time. That’s incredibly rare as an American, and the way that some (most) of the world looks down on this country as a soccer nation makes it satisfying when, say, they advance from a World Cup group over Portugal, or finish atop a group that features England.

But what happens when the basketball team plays an underdog? Do your natural March Madness instincts kick in, leading you to pull for, say, Australia to knock off the Americans? Even just a little bit?

Before we get into this, check out that ball! Are they using a basketball made out of rubber? How can that thing have any tack at all and still be that glossy? I’m baffled by this. Okay. Moving on.

Something about the Olympics brings out the best in Carmelo Anthony. Whether it’s his willingness to defer with teammates he considers his equal or better, his attack-dog effort on defense, or the shorter three-point line from which he feels more than comfortable, he just looks like the ideal version of himself.

He scored 31 to lead the Americans to a 98-88 win over the Aussies, in a game that was fairly tight throughout. In the process, Anthony passed LeBron James for first all-time in USA Olympic basketball scoring.

As you’d expect from a team led by Andrew Bogut and Matthew Dellevadova, the Australians played the role of irritant throughout, with Delly goading Paul George into a (soft) technical a few minutes into the game. They also got both American centers, Boogie Cousins and DeAndre Jordan, into foul trouble, and actually led 54-49 at the half. A team that features defenders like George, Jimmy Butler, Draymond Green, and Klay Thompson probably shouldn’t be allowing 54 points in 20 minutes, but that’s what happened.

Fortunately for the Americans, they stepped up late, and both Anthony and Kyrie Irving nailed clutch triples, and they were able to avoid a rare defeat. Highlights:

They could see the Aussies again in the medal rounds, though it’s possible they just absorbed the best punch they’ll have to take in the tournament.

Katie Ledecky is ridiculous, overcoming a deficit of nearly a second heading into her anchor leg of the women’s 4x200m relay. There’s only so much swimming analysis of which I’m capable, so here’s the highlight video:

“Ledecky​ passes her…and Cook can’t do anything about it.” @RowdyGaines​ on the call. https://t.co/BWGaUNiTHM https://t.co/TN9P9VdBVz

ESPN’s John Saunders passes away at 61 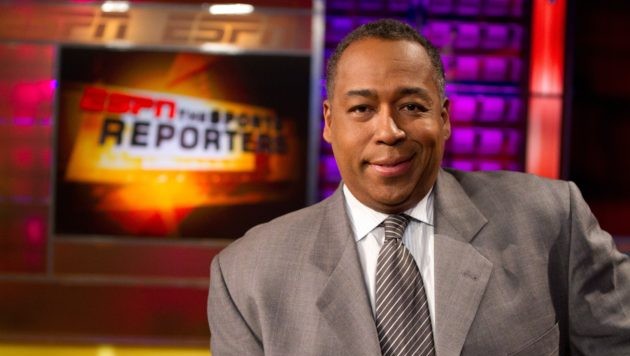 ESPN’s John Saunders died yesterday. He was 61, and leaves behind a wife and two daughters. This is obviously incredibly sad. Saunders was a pro, and the outpouring of support in the wake of his passing speaks to the fact that he was beloved by his peers and by those who simply knew him from afar.

What a stupid year this is.

Here’s Scott Van Pelt’s One Big Thing segment on the passing of his friend and colleague. Good luck not tearing up.

-Olympic golf tees off today, and there are capybaras on the course. Look at those things. I can’t tell if they’re adorable or whether I’d totally freak out. I would not want one in my house. (Not a real big concern.) In any case, look for Bubba Watson to get really mad at one for no reason at some point during the tournament. And, also, I enjoyed this:

I hope Michael Phelps enjoys his last day as the greatest Olympian ever. It ends tomorrow. #TheReedeemer pic.twitter.com/lYOG6iDysC

-David Stern will speak in favor of legalizing sports gambling, which is perfect, since some conspiracy theorists hold that he was enabling it for years.

-An independent athlete won gold for the first time.

-Taran Killam and Jay Pharoah were dropped from SNL, which is weird, since they’re two of the guys I know. As always, they can change the cast around all they want, but until the writing is actually good, it won’t matter.

-Jerry Jones has good things to say about Art Briles, because of course.

-The green pool water has spread to the water polo pool. But hey, it’s just the Olympics.

-Apparently Bob Knight made Michael Jordan cry during the 1984 Olympics, which is probably a story that Bob Knight thinks about whenever he needs to feel a bit better about his day.

-This guy wore his food, in a literal sense:

-According to Doug‘s creator, Doug Funny would not have ended up with Patti Mayonnaise, so you can go ahead and just kill whatever childhood happiness that thought brought you.

-Buck Showalter gives zero f’s about Tim Tebow trying to play baseball, which is exactly how I feel.

FRIEND: well, I think you'd be as good at baseball as you are at football

TEBOW: then I'll give it a go!

FRIEND: that's not really what I

Matt Kuchar Brings Only Putter to Rio, Assuming It Was Miniature Golf

This is the best way to wake up a dog. Look at that expression!