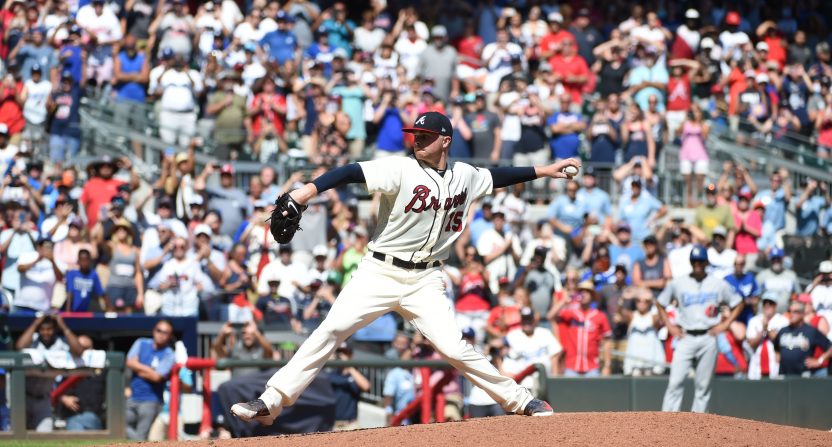 If we’ve learned anything in recent weeks it’s that the second you become relevant to a national audience, someone is going to check your Twitter history to see what kind of racist and homophobic shit you’ve been up to.

You might remember Villanova’s tournament star Donte DiVincenzo for what he did on the court or you might remember his racist tweets that surfaced soon after. Josh Allen watched as a bunch of racist tweets from his younger days were unearthed just before the NFL Draft. Brewers pitcher Josh Hader got in some pretty hot water (before getting a standing ovation in Milwaukee) for racist and homophobic tweets he made when he was 17. After Atlanta pitcher Sean Newcomb almost threw a no-hitter, a whole slew of shitty tweets from his recent past resurfaced as well. Then, some nasty tweets from Washington Nationals shortstop Trea Turner surfaced as well.

You’d have thought that it would have been obvious to any of these people to make sure those tweets were deleted (and to, you know, think about the kind of things they think and say). You’d have also though major universities and pro franchises would have had at least one person who thought to look for problematic tweets from their star athletes. However, neither seems to have been the case until now.

One NBA team reached out to representatives of all its players this week, according to an agent, urging them “to do a deep dive” through the players' social media histories. https://t.co/ECyUeJaKan

Per Dan Steinberg, everyone has finally woken up to the idea that you should probably doublecheck to see if teenage you tweeted some terrible things. According to Steinberg, agents have taken it upon themselves to go digging for racist and homophobic treasure. One NBA team even reached out to their players’ reps this week asking them “to do a deep dive” through social media accounts.

This is nothing new for many agents out there who have been dealing with bad tweets and player reputations since the beginning. According to Priority Sports’ Rachel Stein, “as soon as we sign a prospect, we access their Twitter account and sweep through all of their old posts. We’ve also been in touch with all of our veteran clients about this issue now as well.”

The focus is going to be on putting out the fire before it starts by deleting these tweets. A bunch of older coaches and GMs are bound to blame Twitter and social media for the issue. However, we should also make sure we’re taking the time to ask these athletes why they’re so free and loose with racist and homophobic comments to begin with. It’s always good to remember that social media is the tool but the person using social media is ultimately responsible for what happens there.