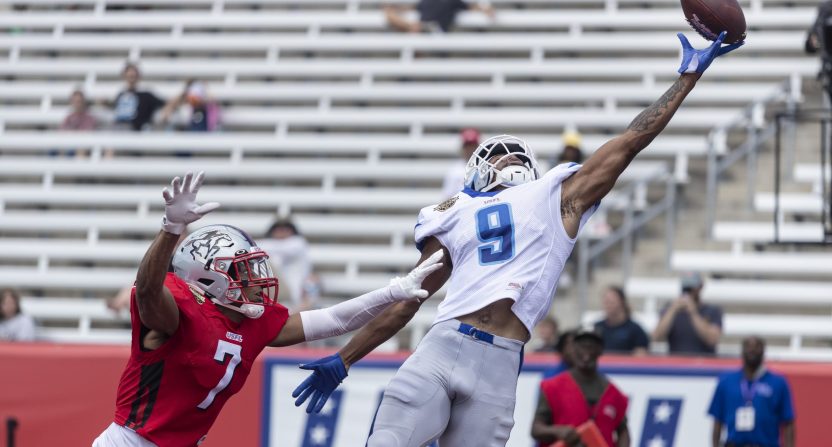 Pat McAfee knows a thing or two about what it takes for a pro football league to survive.

Before he was the host of a popular daily podcast and show, McAfee spent eight seasons in the NFL playing for the Indianapolis Colts. He then worked as a sideline reporter for the 2020 version of the XFL, which might have seen a second year if not for the pandemic.

McAfee has been keeping a close eye on the new USFL, which is coming off its second weekend of the season. And as far as Pat is concerned, it’s already a dead league walking.

On Monday, the host polled everyone in his studio if they had watched any USFL games over the weekend and they all said no, with some noting that they had no intention to try. One producer said that there were simply too many better options, like the NBA playoffs and MLB season, to consider watching.

Early rating numbers seem to back up the notion that no one was watching at home either.

McAfee noted the sparse crowds in Birmingham for the games and summed up the general apathy for the league as a sign that things are already bad for the upstart.

McAfee did say that he thinks the XFL has a better chance to succeed given the fact that they are partnered with the NFL and that league is owned by Dwayne “The Rock” Johnson.

“I’d like there to be a league that is an opportunity for guys to put football on film so that they can maybe get an opportunity in the NFL,” he said. “These spring leagues feel like it’s going to be very difficult unless it is run very, very well with good players.”

Spring football leagues are a tough business and this version of the USFL doesn’t appear to be breaking that mold.