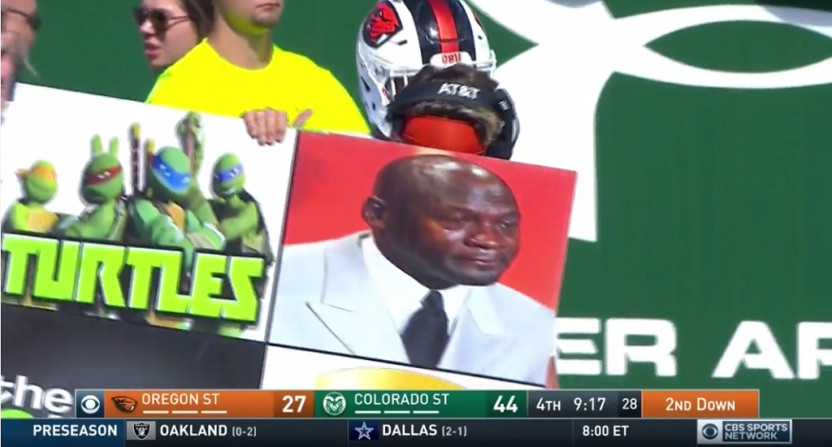 The Oregon State Beavers showed off a Crying Jordan play card in their season opener against the Colorado State Rams on Saturday… and immediately fumbled.

Cincinnati Bengals punter Kevin Humber pulled off a crazy behind-the-back move to avoid having his punt blocked. He was still soon brought down and it was a turnover on downs, but who cares, this is awesome:

Dustin Johnson took down Jordan Spieth in a sudden-death playoff to win The Northern Trust on Sunday in Long Island.

And on the ensuing sudden-death playoff hole, Johnson cranked this ridiculous drive (the longest drive of the tournament) over the water:

Before hitting this gorgeous second shot:

To set up the tournament-winning put:

Man on scooter falls in sinkhole in China

He didn’t see the sinkhole because he was too busy looking at his phone. And he’s apparently fine, so we can laugh without feeling bad: