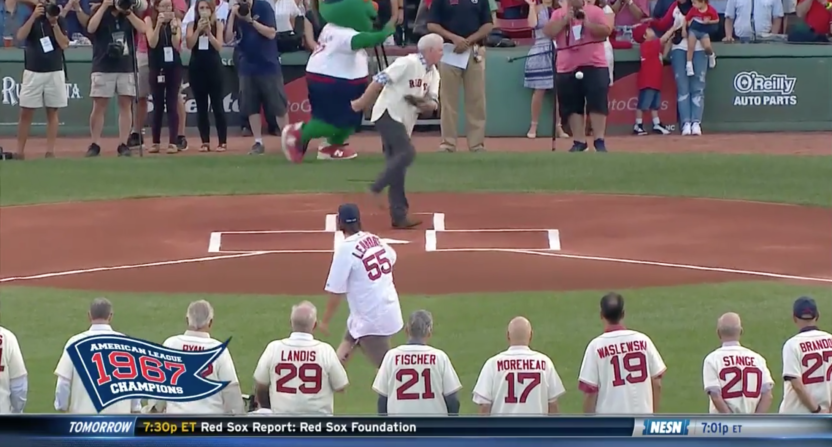 Jack Regenye… are you kidding me with this catch?!

Even in the preseason, a 109-yard kick-six is still awesome.

Hey man… punters are people too!

This poor guy surely didn’t think he’d be better off wearing a cup to the game.

My camera man @TonyCapobianco is the poor guy that took that first pitch in the McNuggets. Here's his view of it coming in. pic.twitter.com/NVD70hiIn2