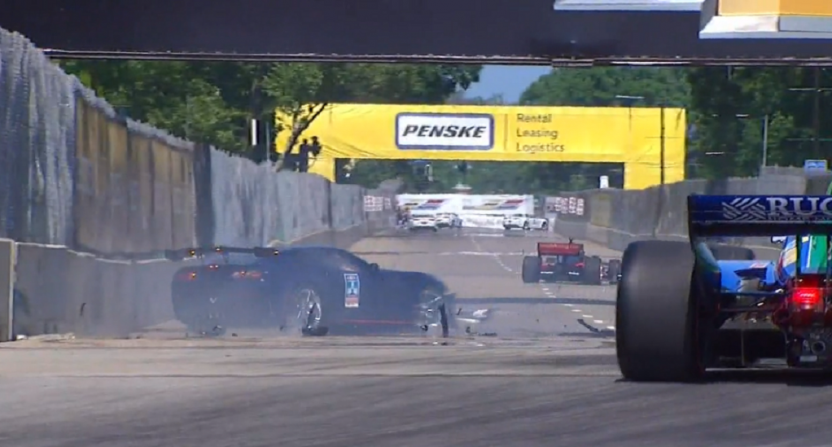 Welp, here’s an odd way to have a race delayed. A pace car crashed before the second race of IndyCar’s Dual in Detroit at the Chevrolet Detroit Belle Isle Grand Prix. And the car was driven by a General Motors executive.

Cavs’ J.R. Smith gets ‘MVP’ chants from Warriors fans in Game 2, after his gaffe in Game 1

Especially in the fourth quarter, when Curry hit five of his NBA Finals record nine three-pointers. Here are four of those threes:

Just a ridiculous stick save from the Washington Capitals’ goaltender late in the third period.