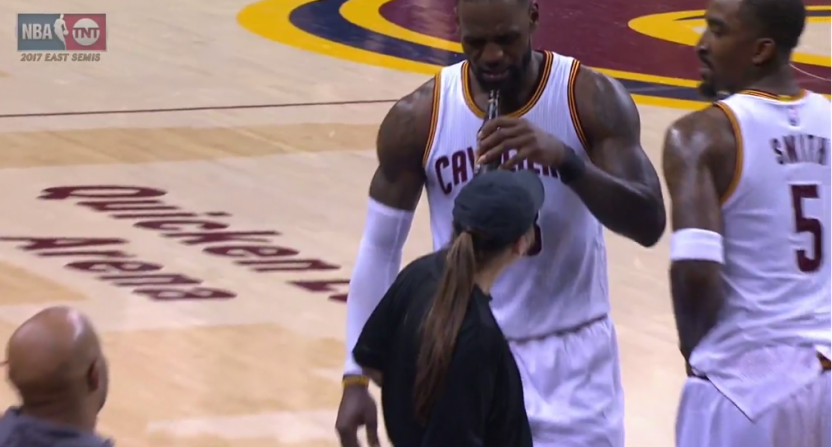 LeBron dropped 35 points, 10 rebounds, and four assists in the Cavaliers’ 116-105 Game 1 win over the Raptors on Monday night. And in the third quarter, LeBron gave us an idea of how relaxed he is about this series.

Watch LeBron grab a beer from a vendor, pretend to drink it, and draw laughs from J.R. Smith:

Emre Can scores on a ridiculous bicycle kick

Things were going great for the Pittsburgh Penguins, taking a 2-0 lead into Game 3 of their second-round series against the Washington Capitals. Well, they lost Game 3, on this overtime goal from the Caps’ Kevin Shattenkirk:

And they lost superstar Sidney Crosby to injury, after Crosby took a cross-check to the head from Washington’s Matt Niskanen:

Crosby didn’t return and the Penguins will provide an update on his status today. It will obviously be a massive loss if he’s to miss any additional games.