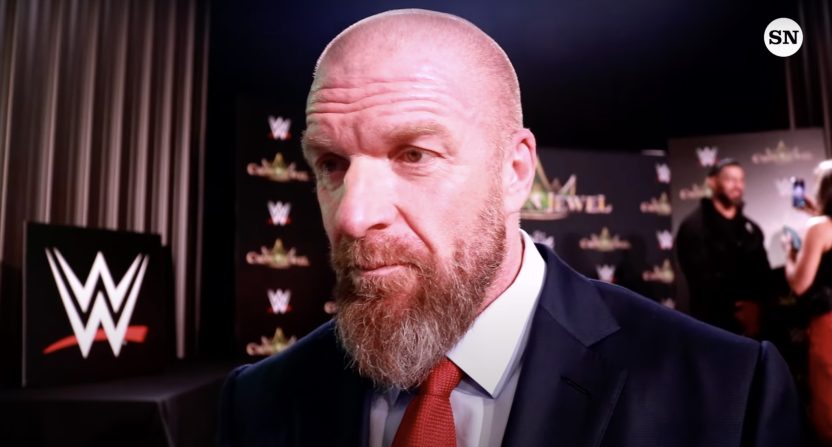 Over the past few years, WWE has had their share of famous people from outside the pro wrestling industry try to see how they stack up in the ring against the best of the business. Rob Gronkowski, Bad Bunny, Johnny Knoxville, Tyson Fury, and Logan Paul are just a handful of people who have recently gotten physical in the ring. A certain NBA champion and multi-time All-Star player may add his name to the list after attending a tryout during SummerSlam weekend.

The Sporting News interviewed chief content officer Triple H about the possibility of Fury and Dwight Howard joining WWE. Fury is no stranger to the company, participating in a match back in 2019 and then recently coming back to knock out Austin Theory and sing with Drew McIntyre at the end of Clash at the Castle. But other than the tryout, Howard hasn’t wrestled in a WWE ring. To hear Triple H talk, it’s up to Howard if he wants to move further with a pro wrestling career.

“He’s got a lot of other things going on, so when he says, ‘Hey, I want to give this a shot,’ he’s got my phone number. All he’s got to do is call me and we’ll see what can happen. And if he’s willing to put in the grind and the drive that guys like Logan Paul and Bad Bunny and Tyson Fury are willing to put in then let’s go.”

The 36-year-old Howard is currently a free agent after playing for the Los Angeles Lakers last season. While Howard isn’t thinking retirement just yet, retirement is coming up sooner rather than later so it doesn’t hurt to have options and maybe that’s when he’ll give Triple H a call.