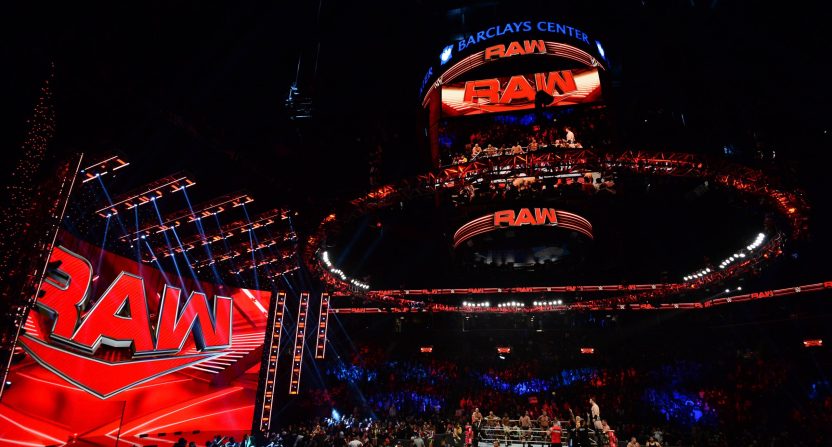 The WWE has been under PG programming since shifting from their edgier content in 2008, but it appears that will shortly be coming to an end.

According to Andrew Zarian of Pro Wrestling Observer, WWE will be shifting from PG programming to a TV-14 rating, which will begin on the next edition of Monday Night Raw on July 18th.

If this report is true, it certainly comes at a strange time considering the controversy surrounding the WWE at the moment.

This comes nearly a month after initial reports of an investigation into WWE CEO Vince McMahon regarding a relationship with a former employee, which included a $3 million settlement and a non-disclosure agreement between the two. Things only got worse surrounding the controversy surrounding McMahon, as more details emerged last week of even more non-disclosure agreements that McMahon has made over the years, which total more than $12 million over the past 16 years.

Regardless of the timing of this announcement, many around the pro wrestling world appear to be excited about a return to a more edgy product moving forward with this new TV-14 rating.

Moving #WWERaw away from the PG Era into TV-14 is, in theory, a pretty big change for WWE.

I don't think we are going to see any huge changes right now, if I'm honest, but it's definitely an exciting step.

It's probably the biggest change since Raw became three hours in 2012.

Really hope they move it back to a more gritty presentation to align with the rating. The bright colours and lights are impressive at a glance, but WWE products look far too polished and similar right now https://t.co/4Kqg610kCO

While some are excited about this potentially changing the product for the better, others believe that this won’t change much when it comes to their content moving forward.

TV-14 does not inherently make for a better wrestling product than TV-PG. That being said, the family-friendly rating handcuffed #WWE creative for the better part of two decades. Not shocked by this decision, especially considering how #AEW has succeeded with viewers 18-34.

You can be TV-MA and still be boring, lame, and uninteresting. As long as #WWE's current writing and television planning remain the same, it just means you're getting a terrible show, but now everyone can say the word "shit". Which is what #WWERaw has been for years https://t.co/MmBukJ90ls

Anybody expecting #WWE to go through some sort of creative renaissance upon returning to TV-14 should calm down. Hopefully, gimmick PPVs and matches regain their bite. Hopefully, the company avoids crass tropes and themes that aim to marginalize, especially with regards to women.

Anyone thinking The Attitude Era is coming back will be wrong.*

Advertisers today, thanks in large part to platforms like this one, are VERY afraid of offending anyone.

They won't allow it. https://t.co/cuzxAfxcOM

The critics of this decision are likely right considering how big the WWE has gotten since they were truly an edgy product, and how many corporate partners would likely not want to be associated with that kind of content on television nowadays.

It’s a far different time than when “Stone Cold” Steve Austin was swearing every sentence and drinking a countless number of beers on television every week, and anyone expecting that to return will almost certainly be let down. That being said, maybe this could allow for some interesting storylines that could bring back the older audience lost when they moved to a PG product.