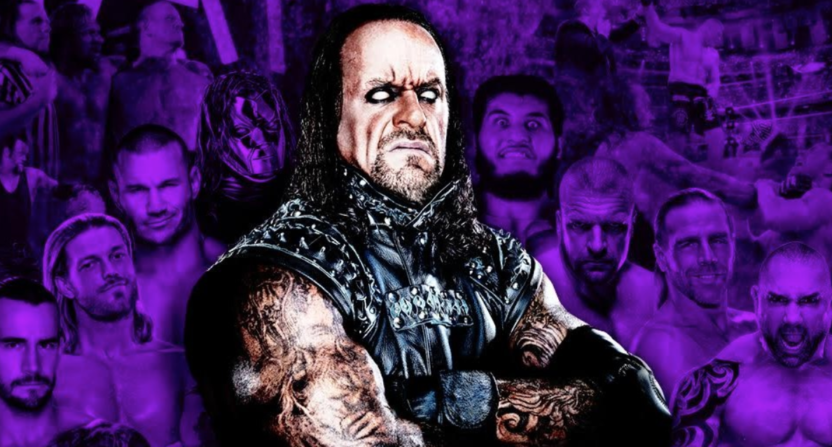 The Undertaker used the American Badass gimmick from May 2000 to November 2003. He would go down to the ring on a motorcycle while wrestling with a bandana on his head most of the time. He pulled off the biker look well. At Survivor Series 2003, Kane helped Vince McMahon beat him in a Buried Alive match, so The Undertaker returned in the traditional Undertaker attire for this match, which made it feel like a big deal.

While it was a significant moment in The Undertaker’s career, it was a boring match that only went 7:45 with The Undertaker winning easily. Nobody thought Kane had a shot at winning the match, so that hurt it.

Last year’s WrestleMania main event saw a 52-year-old Undertaker face Roman Reigns, who is 20 years younger. Reigns eliminated The Undertaker from the Royal Rumble two months earlier, which the fans hated. The Undertaker looked old, slow and beat up in this match. It was tough to watch it again because I only saw it live once, but when you pay closer attention the second time you could see how difficult it was for him to move around the ring.

The Undertaker got in a lot of offense, but I don’t think anybody believed he was going to win this match. Reigns ended up winning with a Spear after 23 minutes. Looking back on it now, I think they should have cut seven to 10 minutes because going longer definitely showed how limited Taker was due to his health.

The end of the match saw The Undertaker leave his trademark hat, gloves and jacket in the ring as if he was telling us this was the last time we would see him in that outfit. I thought that was it. Why go to the trouble to do all that if he was still wrestling? Nope. He’s not done yet. One more match coming this year.

I was at this match live and I’ll never forget the buzz in the building about it. To a lot of fans, this was the real main event. This was Shane McMahon’s return match after leaving his father’s company six years earlier. There was a lot of anticipation for what Shane might do because we all know about his history as a risk-taker.

It was an extremely long match. They were given 31 minutes for a match that essentially was about one spot: Shane’s dive off the cell that missed when Undertaker moved and Shane went crashing through the table. The Undertaker followed up with a Tombstone to put Shane out of his misery.

Even though The Undertaker was 51 years old, it was not believed to be his last match.

The Undertaker didn’t want to fight his storyline little brother Kane, but when Kane cost him the first-ever Hell in a Cell match in October 1997 and the WWE Championship (both against Shawn Michaels) at Royal Rumble 1998, there was no choice. The Undertaker had to fight him. This is one of those matches where the build was a lot more important than the actual match because it was about six months of storylines going into it. When they got to the match, it was obvious that Undertaker was going to win and that’s what happened. The interesting part about the finish was that The Undertaker hit three Tombstones to win instead of one like usual. Not only that, but he had to hook Kane’s leg and Kane got his shoulder up right after the three-count to make it look like a close finish.

After the match was over, Kane hit Undertaker with a Tombstone on a steel chair to keep the feud going. That led to the first-ever Inferno Match in WWE history at the next PPV, which was Unforgiven 1998. 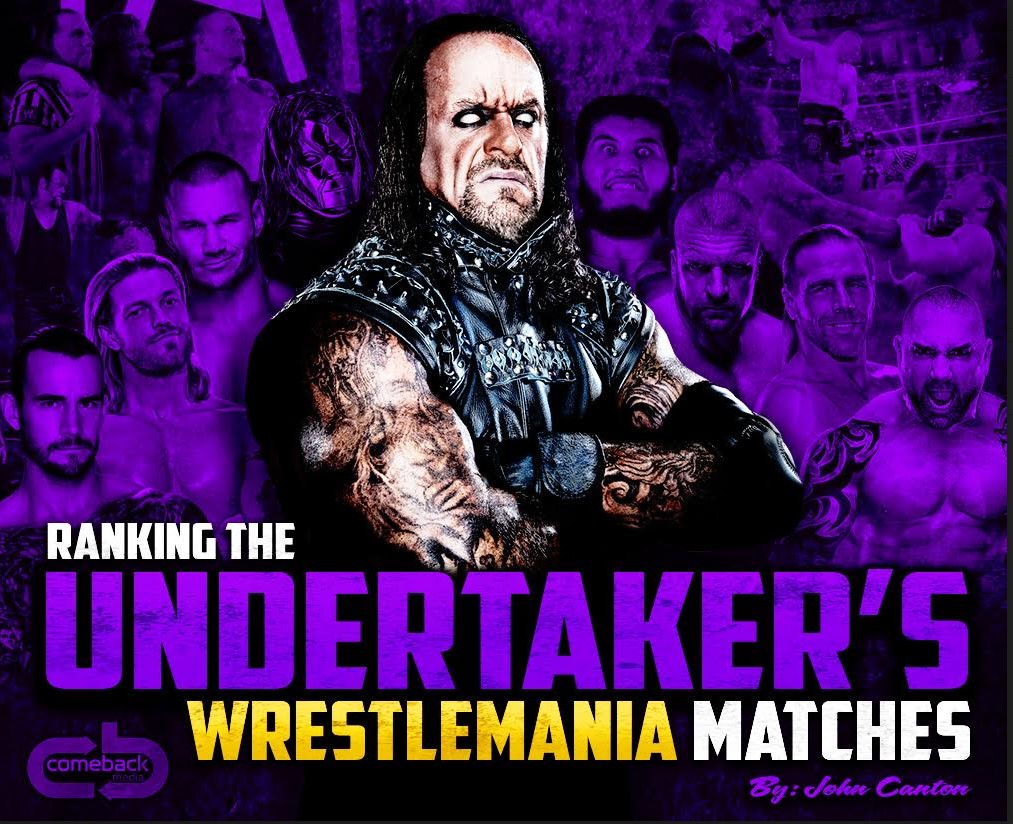 Twenty-one wins, one loss. As Paul Heyman reminded us many times over the years, Brock Lesnar was the one in 21-1 when he put an end to The Undertaker’s undefeated streak at WrestleMania.

I’ll never forget this match because I was there in New Orleans that night as the crowd went to a hush because we were shocked that The Undertaker lost. I can remember looking at my buddies I was sitting with and even strangers around us wondering: “Did that really happened? He didn’t kick out? How?” It was a total shock.

The match followed the usual Undertaker formula at a WrestleMania where he was hitting his big moves, his opponent kicked out of most of his signature spots and Undertaker got to kick out of Lesnar’s F5 finisher two times. When Undertaker hit a Tombstone after nearly 25 minutes of action, Lesnar kicked out, even though most of us thought that was going to be it. Lesnar hit the F5 for the third time, he covered and The Undertaker didn’t kick out. That led to the amazing reactions from Paul Heyman as well as some memorable crowd shots.

I never thought The Streak would end. I figured it was something that would live on forever as part of The Undertaker’s legacy. Instead, WWE used it to put over Lesnar in a huge way, then they made him WWE Champion later that year and he’s been a dominant force ever since. Would I have ended The Streak? Absolutely not. It’s not up to me. It was a Vince McMahon decision.

The Undertaker was kept off television for one full year after the WrestleMania 30 loss to Lesnar. Wyatt, a young heel who had some mystical powers of his own, called out Undertaker and got an answer for the challenge. It was a unique way to build up the match without The Undertaker there to have a face-to-face promo with him.

There were some fun moments in this match like when Wyatt did his upside-down crab walk, which led to Undertaker sitting up to stare at him. That drew a big reaction from the crowd. The Undertaker hit a Tombstone and Wyatt kicked out of it, which was rare. The Undertaker managed to escape a Sister Abigail neckbreaker attempt by Wyatt and hit another Tombstone to get the win.

A lot of fans that were upset about the loss to Lesnar one year earlier were happy to see Taker get another win, but some of the mystique was gone due to The Streak being over. This was one of the best matches The Undertaker ever had against a bigger wrestler. It was a bit of a surprise because Diesel (Kevin Nash) wasn’t really known for having great matches, especially against a bigger opponent. The good thing was Diesel had become an awesome heel after his run as a face in 1995 and was motivated to put on a good show because he was headed to WCW a few months later.

It was more of an even big man match with each guy getting in a lot of offense. There was some good drama with Diesel hitting the Jackknife Powerbomb and Undertaker managed to come back from it. Undertaker managed to win the match as expected with a Chokeslam and the Tombstone, which looked impressive on a legit seven-footer like Diesel.

When people ask me about underrated WrestleMania matches, I’ll always mention this because it was a lot better than most of us expected it to be.

2 thoughts on “The Undertaker’s 25 WrestleMania matches, ranked from worst to best”