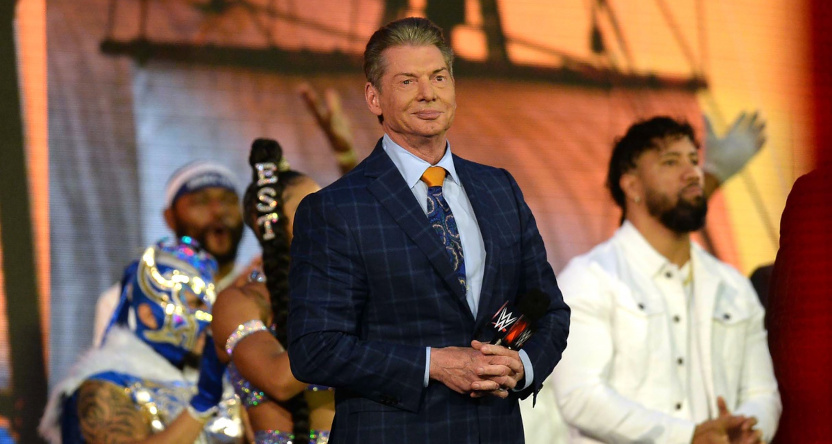 Last month, Joe Palazzolo and Ted Mann of The Wall Street Journal reported that the WWE board was investigating a relationship between CEO Vince McMahon and a now-former employee, with that including a secret $3 million January settlement with a non-disclosure agreement. That led to McMahon temporarily stepping down as CEO (his daughter Stephanie took over as interim CEO), although he remained in charge of creative and appeared on a SmackDown broadcast in character as “Mr. McMahon.” That June WSJ piece also included that the board investigation had found other, older secret non-discloure agreements and settlements involving McMahon. Now, Palazzo, Mann, and colleague Joe Flint have reported new details on some of those other NDAs, totaling more than $12 million over the past 16 years. And one involving a former WWE wrestler particularly stands out:

Vince McMahon, World Wrestling Entertainment Inc.’s longtime leader, agreed to pay more than $12 million over the past 16 years to suppress allegations of sexual misconduct and infidelity, an amount far larger than previously known.

The payouts went to four women, all formerly affiliated with WWE, who signed agreements with Mr. McMahon that prohibit them from discussing potential legal claims against or their relationships with the 76-year-old executive, according to people familiar with the deals as well as documents reviewed by The Wall Street Journal.

The previously unreported settlements include a $7.5 million pact with a former wrestler who alleged that Mr. McMahon coerced her into giving him oral sex and then demoted her and, ultimately, declined to renew her contract in 2005 after she resisted further sexual encounters, according to people familiar with the matter. The wrestler and her attorney approached Mr. McMahon in 2018 and negotiated the payment in return for her silence, the people said.

That piece also includes details of a 2008 agreement to pay a former WWE contractor $1 million after she “presented the company with unsolicited nude photos of Mr. McMahon she reported receiving from him and alleged that he had sexually harassed her on the job.” And it discusses a 2006 agreement to pay $1 million to a former manager, with the agreement including her keeping quiet about a sexual relationship McMahon (seen at top at WrestleMania in April 2021) had initiated with her after she had spent a decade working for him. As well, it offers further details on how the board is also looking into a 2012 $1.5 million settlement involving misconduct claims against then-WWE head of talent relations John “Johnny Ace” Laurinaitis, and investigating claims that Laurinaitis also had a sexual relationship with the employee McMahon reached the $3 million settlement with in January. Laurinaitis’ alleged relationship with that employee also came up in the June report, but the discussion of his 2012 settlement is new.

It’s unclear what this will lead to for McMahon and WWE. This investigation is being conducted by the board’s outside counsel at Simpson Thacher & Bartlett LLP, and McMahon pledged to cooperate with it last month. But the new claims here are certainly potentially damaging for him, especially as the $7.5 million 2018 settlement with the former wrestler and the $1 million 2008 settlement with the contractor involve claims of coerced sexual favors and workplace sexual harassment respectively.

Even workplace relationships claimed as consensual have led to several executives losing top roles recently, especially when those relationships have involved a power imbalance. But these new claims of sexual coercion and sexual harassment against McMahon go well beyond that. And this report on those claims will only further increase the scrutiny on WWE.