(Disclaimer: I will work to make this as spoiler-free as possible, but I have to cover general plot details and events, so if you haven’t seen Captain America: Civil War, I’d recommend you do that right away. It’s that good. If you haven’t seen Batman v Superman, there’s less of a need to do that.)

Quick, which movie am I describing: a star-studded tentpole comic book movie featuring our most famous heroes fighting each other over their role in society, and how much government control they should subject themselves to. Obviously the newly-released, critical and commercial success Captain America: Civil War, the latest in the long line of quality Marvel Studios films, right?

But all of that could just as easily describe the critically reviled and commercially underwhelming Batman v Superman: Dawn of Justice. Thematically, the two movies are incredibly similar. Both revolve around the fallout from civilian casualties in prior films, and what that means for superheroes in their respective worlds. Both feature the two most familiar faces in their respective groups (Batman and Superman from the Justice League, Captain America and Iron Man of the Avengers, though if you weren’t aware of that you have a lot of movies to catch up on) clashing on either side of the issue.

So, why was one movie excellent (Civil War currently sports a 92 percent positive rating on Rotten Tomatoes and received a very favorable review from our own Ian Casselberry) while the other, well, kind of sucked? (Well hello, 27 percent! Haven’t seen you since high school precal! Oh, and Ian didn’t like it, either.)

Here are a few things Civil War got right that BvS flubbed: 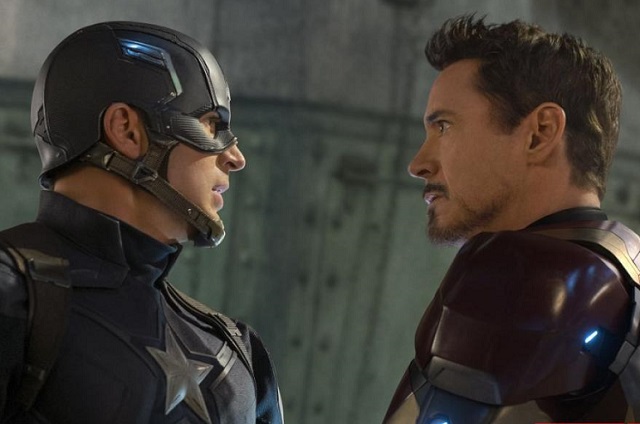 1. We Cared About The Conflict

Marvel has been building to this for a long time. The first Iron Man came out in 2008 and since then, we’ve received two sequels to that film along with two Avengers movies; Captain America: The First Avenger was released in 2011, followed by 2014’s Captain America: The Winter Soldier and the aforementioned Avengers movies led up to this release. Civil War is the eighth (!) movie to feature Chris Evans and/or Robert Downey Jr. playing their respective characters. That’s an incredible and near-unprecedented buildup, which gives the tension between the two in Civil War earned dramatic heft.

Contrast that with the one not-all-that-great film (Man of Steel) that prepared us for BvS, and the fact that Ben Affleck was playing Batman for the first time, and a very different version of the character than the Christopher Nolan films gave us. That trilogy wrapped up less than four years ago, and was seen by just about everyone who was going to see this movie, which the creative team seemingly discounted, perhaps assuming all people would care about is the costume and gravelly voice. It’s hard to care about why these characters are doing anything. We don’t go into it with hours and hours of groundwork laid, which means this one movie has to do all the heavy lifting. It becomes a slog.

I don’t think it’s unfair to blame DC and Warner Bros. for this. When Marvel set out with their Cinematic Universe strategy, nothing like it had been attempted. They were the proof concept, they played the long game, and it’s paying off figuratively and (more importantly to the studio) literally. Warner Bros. saw this success and decided that instead of replicating exactly what had worked for Marvel and Disney, they should instead try to take a shortcut to that sweet, sweet Avengers-style payday. 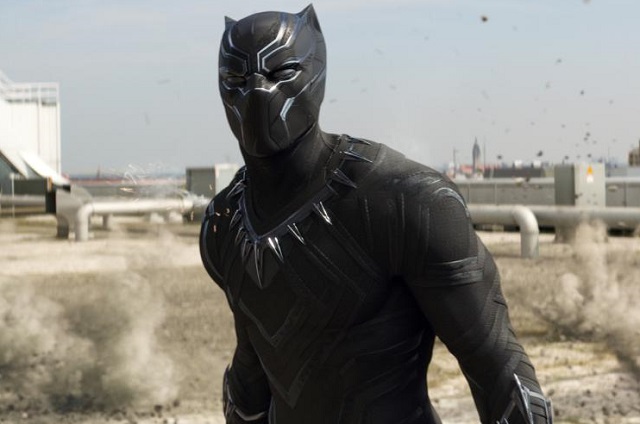 Now, not all of Civil War is staffed by familiar faces. Two major new additions to the MCU (Marvel Cinematic Universe, which I will not be typing out again) debuted, and debuted awesomely. Spider-Man is the big name, but Black Panther plays a more pivotal role and was the first character I texted my brother about as I left the theater. (I referred to him as “the truth” because I’m apparently 19 and living in 2004.) Both were given proper introductions, making big impressions without an overt dive into backstory or exposition. It was handled deftly, and now those characters are set up with their own solo movies to lead into The Avengers: Infinity War main event.

In BvS, we were given Wonder Woman (a highlight of the movie, but still shoehorned in), The Flash (in a cameo that made very little sense), and some weird footage of Aquaman. On top of a new version of Lex Luthor, with portentious signs of even more villains to come. Little of this worked, none of it felt organic. More is not always better, and is indeed the slippery slope of superhero stories (Spider-Man 2 compared to Spider-Man 3 being my favorite example.) Marvel shows that you can indeed pull it off if you’re willing to put in the work, and when done properly, the rewards are great. It allows a movie to have one of the most entertaining fights I’ve seen, which segues nicely into my final, and most important point:

It’s crazy, right, that a comic book movie should be a good time? Starting with Iron Man, Marvel’s films have done a wonderful job with tone. They haven’t always nailed it, but more often than not, the writers and directors have gotten it right. That’s not to say there are never any darker moments, or dramatically weighty themes. Indeed, Civil War comes with plenty of those. But there are also jokes that land, characters that play off each other, actors seemingly having a good time in their roles, and intelligent directing and scripting that allows them to do so.

Scenes like the airport showdown in Civil War should be freaking awesome and fun to watch, and this one is. Spider-Man cracking jokes with Iron Man while he fights Captain America… come on. That’s a fanboy dream, and it sounds hard to mess up, but it might be equally hard to do extremely well. This was done extremely well. The truckloads of cash and positive reviews piling up for Civil War prove it.

Batman taking on Superman should also be fun to watch, in theory, but in practice (and in the hands of Zack Snyder) it’s just… meh. BvS decided that what we liked most about comic book movies was dark, gritty, realistic material, which Christopher Nolan definitely mined in his admittedly wonderful trilogy. However, those movies still had room for comedy, from time to time. (“Does it come in black?“) And they were in themselves a pivot away from the overly campy Batman films of the ’90s. It was what the genre needed… in 2005.

But instead of taking what worked from their successes and attempting to meld it with what worked for Marvel, DC and Warner Bros. handed the reins to Zack Snyder, a filmmaker with zero ability to tell a story over one picture, much less the vision to build an interlaced world and create a universe the viewing public would want to visit again, and again, and again, like they so obviously do when it comes to Marvel movies.

And that, I think, is what most separates the two films. Despite all the similarities in plot, theme, and conflict, Civil War is in the hands of people who know how to tell a story, overseen by a studio with vision, direction, and a proven plan. Batman v Superman, and the DC Comics film universe, is being overseen by the guy who wrote and directed Sucker Punch.

But on the bright side, Sucker Punch only got a 24 percent mark on Rotten Tomatoes, so 27 percent is a step in the right direction!