The 2016 MLB trade deadline has come and gone. That means it’s time for writers, columnists and fans to speculate on which teams did well and which ones did poorly, even though the true outcome of most trades can’t be measured for at least five years. It’s one of baseball’s best traditions!

We may not know who the true winners of Monday’s deadline were for some time, but that doesn’t mean we can’t recognize the teams that look like they did well for themselves and those that appear to have missed the boat. It’s not so much the outcome of the trades we’re judging, but rather which teams did the best they could with the situations they found themselves in. Some clubs saw their championship window opening and went for it, some saw the writing on the wall and tried to rebuild, and some… well, some didn’t do anything at all.

With that in mind, let’s take a look at the winners and losers of yesterday’s deadline. 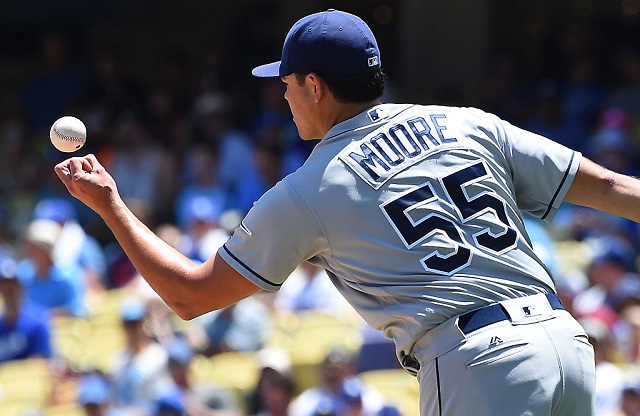 The Dodgers and the Giants played keep up with each other Monday, with both teams making significant additions in order to address key weaknesses. The Dodgers added Josh Reddick from the A’s, strengthening their lineup both by addition (Reddick) and subtraction (sending down Yasiel Puig). They also received Rich Hill in the deal, a big upgrade to their rotation if he can stay healthy. (Admittedly, a big if.) The Dodgers gave up three minor league arms, but managed to keep their top prospects in the system.

As for the Giants, they made two moves in hopes of upgrading two big red flag areas: the bullpen and the rotation. Lefty reliever Will Smith should give them the reliable late-inning arm they’ve missed since Jeremy Affeldt retired, and Matt Moore is a young, talented starting pitcher with a very friendly contract who can contribute right away. It wasn’t cheap, though: the Giants moved two of their top five prospects yesterday, along with their starting third baseman Matt Duffy. But they look to be a better team now than they were before the deadline, which is all that matters. The same can be said about the Dodgers.

Neither of the three teams competing in the toughest division race in baseball made any kind of move to separate themselves from the pack yesterday. The Orioles added Wade Miley and Steve Pearce, neither of which move the needle in any direction. The Red Sox struck out on adding Chris Sale to their rotation, so they’ll have to make do with Drew Pomeranz. And the Blue Jays, in desperate need of pitching, added Francisco Liriano, whom the contending Pirates couldn’t wait to rid themselves of. It’s a bit shocking that none of the three made a major splash, since even the slightest advantage could mean the difference between hosting a playoff series and playing in the do-or-die Wild Card game this fall. 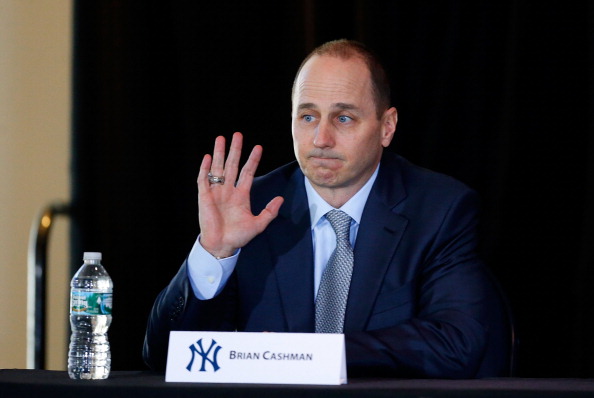 NEW YORK, NY – FEBRUARY 11: General Manager Brian Cashman of the New York Yankees looks on during a news conference introducing Masahiro Tanaka (not pictured) to the media on February 11, 2014 at Yankee Stadium in the Bronx borough of New York City. (Photo by Jim McIsaac/Getty Images)

They took what was a middle-of-the-pack minor league system and made it into a top-tier one in a matter of days. It may not be the old Yankee way, but the new Yankee way could be what puts the pinstripers back in contention for years to come. They maximized the assets they had available to them, getting massive prospect hauls for Aroldis Chapman, Andrew Miller and Carlos Beltran. Even if just one or two of the young players they got back clicks in the majors, it will be a success. And even if they don’t (unlikely), the Yankees still did the right thing, taking a team that was going nowhere fast and using what they had to try and right the ship in the future. A total success.

Think of them as the anti-Yankees. The White Sox are kind of middling along, with a strong group of players that just doesn’t have enough to contend. Had they decided to trade their three biggest chips – Chris Sale, Jose Quintana, and David Robertson – chances are they’d have had themselves a haul that would’ve rivaled the Yankees’ collection of shiny new prospects. Instead, the White Sox are stuck where they are, smack dab in the middle of a tough division with no real signs of upward mobility. 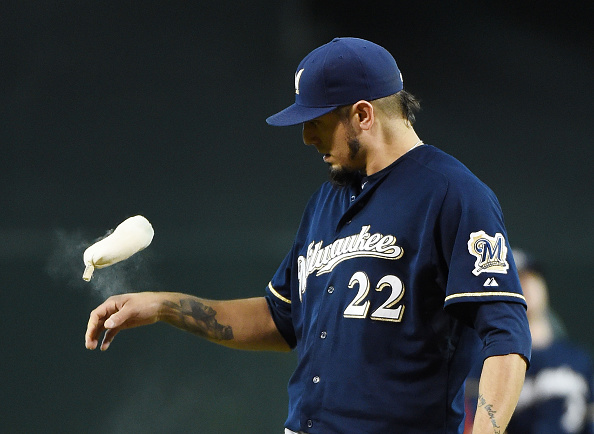 PHOENIX, AZ – JULY 25: Jonathan Lucroy #20 of the Milwaukee Brewers gets ready in the on deck circle during the first inning against the Arizona Diamondbacks at Chase Field on July 25, 2015 in Phoenix, Arizona. (Photo by Norm Hall/Getty Images)

Arguably, no team did as much to improve their chances. They added All-Stars Jonathan Lucroy and Carlos Beltran to their already imposing lineup and Jeremy Jeffress to the back end of their bullpen. They didn’t add another starting pitcher, but managed to greatly strengthen two other areas of the team in a matter of hours. And for a team that had very little buzz surrounding them heading into deadline day, that’s a big win. The Rangers came away from yesterday as the team to beat in the American League.

It’s always a tough thing to give up on a season so soon after winning it all, but the Royals are near the bottom of the division with very little hope of catching up. In a depressed market for starting pitching, the Royals might have been wise to trade Edinson Volquez, Ian Kennedy, or really anyone out of their rotation considering what starters were going for on the market. Instead they did nothing, perhaps holding on to the hope that they can make a Wild Card run over the last two months. It also didn’t help matters that two of their biggest trade chips, Wade Davis and Luke Hochevar, both went down with injuries days before the deadline.