It’s hard to prove that an athlete (or performer) is overrated or underrated because perception isn’t something you can totally quantify. But I do spend an unhealthy amount of time consuming NFL Twitter, reading NFL analysis and watching NFL games. I know who’s getting love and who’s getting hate. And I know that in some cases, players receive too much of one or the other.

Here are eight NFL players who get too much love considering what they’ve done over their careers, based on results as well as perception.

Flacco makes stupid money and nobody ever questions how his job seems to be so secure, but the 32-year-old is really just living off one special Super Bowl run in 2011. He’s never been to a Pro Bowl, and he’s led the Ravens to a winning record just once in the last four seasons (supposedly his prime). Among 15 quarterbacks with at least 100 starts in the last nine years, he ranks 14th (ahead of only Ryan Fitzpatrick) with a career passer rating of just 84.5. So no, Joe Flacco is not elite.

Another quarterback living off Super Bowl success, Manning deserves a lot of credit for his clutch playoff performances in 2007 and 2011. But one of the league’s most famous and heralded players has never been an All-Pro and has made just three Pro Bowls in 11 seasons outside of those two. He has a sub-60 career completion percentage and a passer rating that is even worse than Flacco’s.

He’s a well-known name among football fans with an $86 million contract, but Wilkerson is coming off a season in which Pro Football Focus graded him 45th among 53 qualified 4-3 defensive ends. It was his second bad year in the last four, and he’s still been to just one Pro Bowl.

The five-year veteran has never been elected to a Pro Bowl (he was an injury replacement last year) and is coming off a season in which PFF ranked him 60th among 120 qualified players at that position. He gave up completions on more than 60 percent of the passes thrown his way last season, and only 10 NFL corners took more penalties. And yet in March, the Patriots gave the 26-year-old more guaranteed money than every other cornerback in the league except Josh Norman. 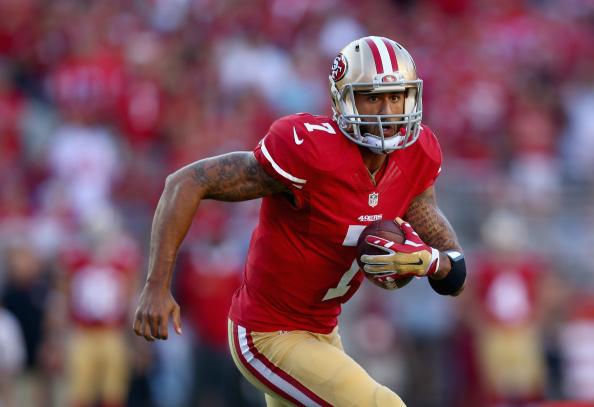 The whole world wants to know why Kaepernick remains unemployed. Has to be those protests, right? That could be a factor, but do consider that he’s lost 16 of his last 19 starts and he has an 85.9 passer rating in his last three seasons. Kaep started his career with a bang, but once the league caught up to him it became obvious that he doesn’t know how to hit secondary reads or even consistently manage an NFL offense under center. He misses too many easy passes and bails far too early on promising plays. He’s a backup at best, yet Twitter will lead you to believe the 29-year-old has the ability to become a franchise quarterback.

It’s just a given that Kearse is a regular starter for the Seahawks, which is silly because he’s been terrible in all but one of his five NFL campaigns. The 27-year-old caught just 55.1 percent of the passes thrown his way while scoring just once in 2014, he was good in 2015 and then he was again held to just one touchdown while pulling in only 46.1 percent of the passes he was targeted on in 2016. If you’re going to fail to catch that many passes, you’d better be a scoring threat. Kearse isn’t. He should be benched in favor of Paul Richardson.

The 29-year-old got a lot of credit for going over 1,000 yards in 2016, but he also dropped a league-high 13 passes, and he and Kearse were two of the five most penalized receivers in the NFL. That’s not new — Crabtree dropped a combined 18 passes in 2014 and 2015, and he’s always lacked discipline. 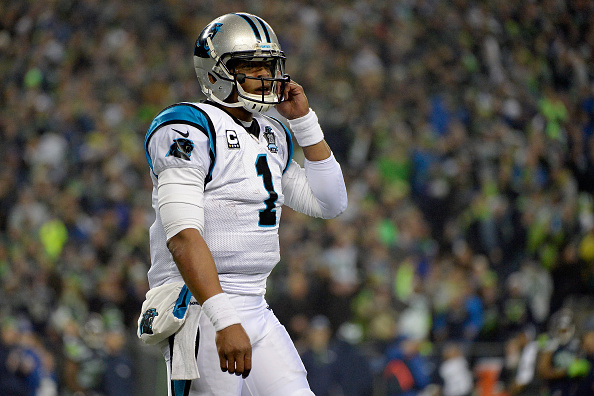 Few will likely agree here, but look at Newton’s numbers as a passer and keep in mind that his primary job is to pass the ball. The league’s third-lowest-rated passer last season had an abysmal completion percentage of 52.9. And that wasn’t an anomaly. Newton has posted a sub-90 rating in five of his six NFL seasons, and he’s won just three playoff games (and zero championships) in that span. He does a lot with his legs and is one of the faces of the league, but that might only serve to make him more overrated.