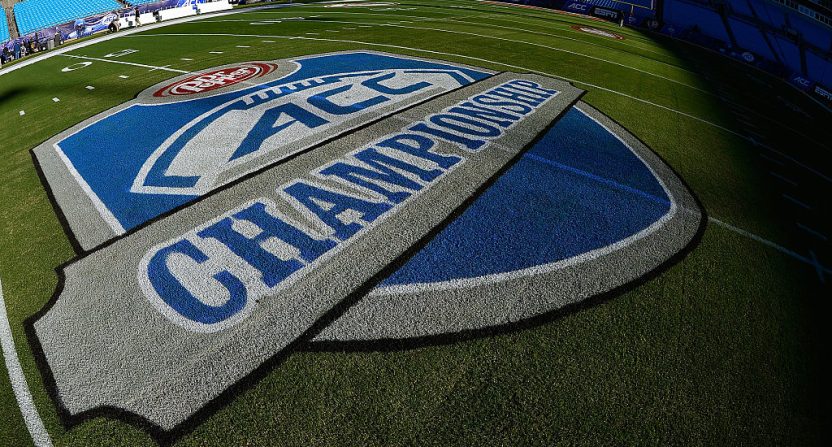 The ACC, which has watched as conference realignments transform college sports, is reportedly eyeing its own major change.

According to ESPN and the Raleigh News & Observer, administrators with ACC member schools have had discussions about a merger with the Big 12 and Pac-12, or at least adding some of the schools from those conferences to the ACC.

“Should we explore a partnership with the Big 12 or Pac 12(?)” Cunningham texted Guskiewicz, ahead of a conference call with ACC presidents and chancellors.

Guskiewicz’s response: “We could have a super conference both athletically and academically. Probably would need to be called the Atlantic-Pacific Athletic Conference (APAC). Maybe that’s crazy, but if it would get us a better TV deal, it may be worth considering.”

That conversation came in the immediate aftermath of the announcement that USC and UCLA would be leaving the Pac-12 for the Big Ten in 2024. The ACC, which built its reputation and fortunes on the basketball dynasties at North Carolina and Duke, has seen the writing on the wall that the future of college athletics is in TV money going to football-oriented conferences.

This summer, the ACC and Pac-12 even discussed a loose partnership, which would involve a championship football game between the two conferences, in hopes of increasing TV media rights.

But a merger could be even more lucrative. Cunningham’s text conversation with his chancellor got down to specifics.

“We need to think about what outcomes we want?” Cunningham texted Guskiewicz. “What are our priorities? Do we want to maintain all teams in the ACC? Is this a new league?

“Do we want to have the same number of teams at each school? “Should we play a national schedule or regional schedule?”

ESPN reported Friday that multiple ACC sources said that expansion remains “a discussion,” but “nothing is imminent.”