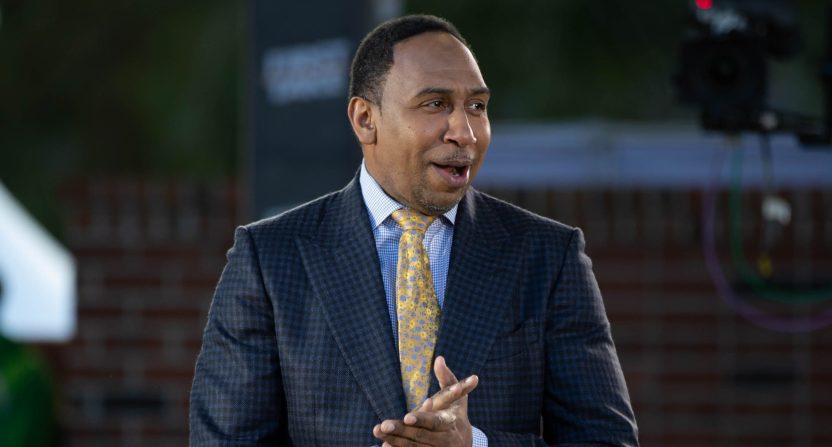 Stephen A. Smith likes to tell people that he never sugarcoats things and he never lies. That was put to the test during a recent podcast appearance in which he was asked about certain intimate preferences he might have in the bedroom.

During a recent appearance on BS with Jake Paul, Smith was asked very matter-of-factly by co-host Julia Rose if he “eats a**” and, following a brief pause, he answered.

Stephen a Smith:”Never! I don’t have to”

Julia:”Has Stephen a smith gotten his ass eaten before?”

“Have you gotten your a** eaten?” Rose followed up.

“That’s private,” replied Smith. “I have nothing else to say.”

Well, we bet you didn’t expect to learn about what goes on behind closed doors with Stephen A. Smith on this Thursday when you woke up, but here we all are. And everyone is reacting to the “news” in their own disturbed way.

Yea I gotta log off for the rest of the day https://t.co/46P4OrFRgC

Bruv Stephen A Smith After Dark…pic.twitter.com/xXhMp49nJx

Smith has certainly been making the rounds in recent days to promote his new podcast, courting all different kinds of controversy as he goes. He’s also been in rare form on First Take, getting into it with Dan Orlovsky, making headlines with the way he spoke to Malika Andrews, and calling out the media over their coverage of the Ime Udoka story.