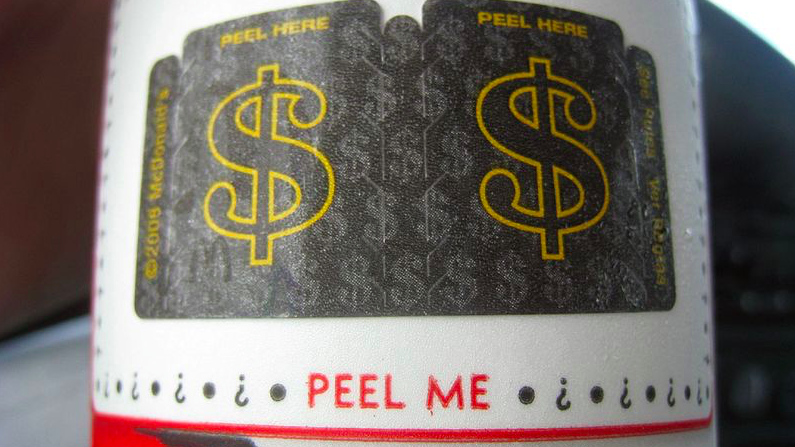 Anyone who has ever played McDonald’s Monopoly game knows the frustration that comes with easily getting two of the three properties you need in order to college a big prize but then never being able to find that elusive third piece no matter how many Chicken McNuggets you buy. Turns out, that’s probably because Jerome Jacobson and his shady business partners had already snagged it and the prize for themselves.

The story of what happened to millions of dollars in prizes from the McDonald’s promotion over the course of 12 years isn’t exactly new but it blew up in the popular culture this week thanks to Jeff Maysh’s in-depth article about it for The Daily Beast.

It’s the kind of story that’s calling out for a ten-episode podcast, a TV show, or a movie. Turns out, we’re going to get that last one from some very heavy hitters.

Per Variety, Fox will develop the film with Ben Affleck directing and Matt Damon starring, presumably as Jacobson. Damon and Affleck will also produce the film, which will be written by the “Deadpool” team of Paul Wernick and Rhett Reese.

Given the almost comical way that Jacobson’s crime unraveled, it’s the kind of story that’s reminiscent of another Matt Damon film, “The Informant!,” about a man wrapped up in an illegal scheme who thinks he’s smarter and more capable than he actually is. Given the colorful characters included in Jacobson’s ring of schemers, expect it to be a who’s who supporting cast as well.

Damon jokes two years that he didn’t think he would ever star in a movie directed by Affleck because his “Good Will Hunting” partner always saved the best roles for himself.

“Ben directs really good movies. The big problem I have with him is he gives himself the best role in all his movies,” Damon deadpanned. “Until he can break himself of that habit, we’re probably not going to appear together in a movie. He might throw me some table scraps in his Batman movie. I’d be happy to show up and do anything, because I’m sure his Batman movie is going to be great.”

Apparently, they worked it out.