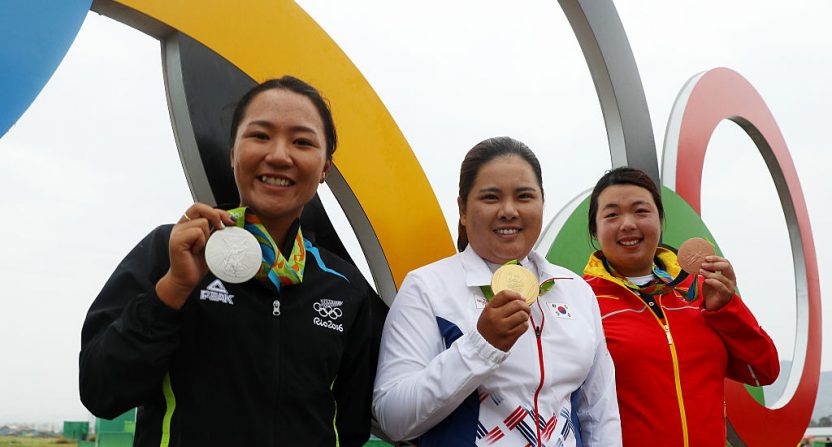 The 2020 Summer Olympics will take place in Tokyo, Japan and will be the second straight summer games with golf. The only issue is where the golf events will be played.

However, there is an issue brewing around where golf will be played at the 2020 Summer Olympics in Tokyo. The club scheduled to host the 2020 golf tournament, the Kasumigaseki Country Club, currently has a policy excluding women from becoming full members.

IOC Vice President John Coates said Thursday if the club doesn’t change its policy, the tournament must be played elsewhere.

“At some point there has to be a cut off,” Coates said. “Image wise, our position is clear. We will only go to a club that has nondiscrimination.”

According to the Associated Press, Coates is in Tokyo right now for 2020 meetings and said “progress has been made on the issue.”

Last month, Kasumigaseki Country Club board members met to talk about the issue and their policy, but they haven’t yet agreed to a change. The debate began in January when Tokyo Governor Yuriko Koike pressured the club to allow women to be full members. That’s when the IOC stepped in and threatened to move the golf program to another course.

“It’s possible to go elsewhere but I think this is going to work,” Coates said. “It’s heading in the right direction for them to have a nondiscriminatory membership procedure. It would appear that we would have this result by the end of June.”

The club was founded in 1929 and is considered one of the oldest and best country clubs in Japan. To join the club, a man must be referred by a current member and then pay 8 million yen ($70,800) to become a regular member before paying 4 million yen ($35,400) more to become a full member.

Currently, women can become regular members, but not full members. On top of that, they cannot play on Sundays. The IOC wants that to change, and wants women to be equal to men at the club if it is going to host the 2020 Olympic golf tournament.

While the club may be hesitant to change its policy, there’s no doubt hosting the 2020 Olympic golf tournament would do wonders for its image. The club would be played on by some of the world’s top golfers and would be seen by hundreds of millions of people around the world.