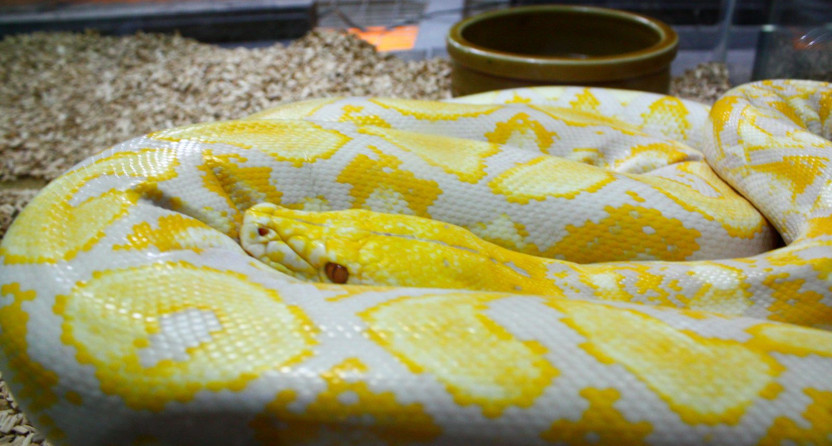 A trip to the bathroom proved rather eventful for a 65-year-old Austrian man Monday. As per a Reuters piece from earlier this week, that man wound up bitten “in the area of his genitals” by a python that escaped from his neighbor and entered his apartment.  Here’s more from that piece:

An Austrian had the kind of morning that nightmares are made of on Monday when a python slid through his drains and bit him while he was sitting on the toilet.

The stunned 65-year-old in the city of Graz turned around shortly after 6 a.m. to see a roughly 1.6-metre (5-foot) albino reticulated python in the bowl, police in the province of Styria said in a statement.

“Shortly after he sat on the toilet the Graz resident – by his own account – felt a ‘pinch’ in the area of his genitals,” the police statement said.

That piece also includes that this particular species of python can grow up to nine meters, so perhaps it was fortunate that this guy was bitten while it was still relatively small. However, this wasn’t so fortunate for the neighbor who owned the python. As per that piece, this was one of 11 snakes the neighbor owned. And he now “has been reported to the prosecutors’ office on suspicion of negligently causing bodily harm.”