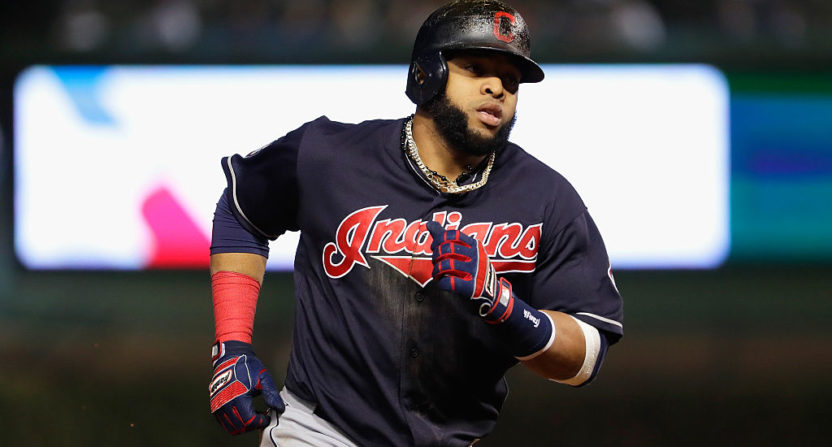 MLB free agency is upon us, with all 30 teams seeking to fill holes and position themselves for the 2018 season and beyond.

We’ve already covered the 10 best free agents in this year’s class. Now we’re offering a look at some under-the-radar candidates to keep an eye on. If your team isn’t into nine-figure contracts for A-list stars, these are the guys to watch.

Santana makes for an interesting option. A lot of this year’s top free agent position players have an OBP that’s far from ideal, but Santana (.365 career, .363 this year) has always shone there. And he feels like someone you could possibly get at a decent price, given that many suitors may chase Eric Hosmer, Logan Morrison or even Yonder Alonso instead.

I like Santana’s consistency (over 2 WAR as per Fangraphs every season since 2012, with 3.7 last season and 3.0 this year), and while he’s about to turn 32, I feel he has some good years left. We’ll see what the market for him comes in at, and he’s certainly not going to save a franchise himself, but contending teams searching for a good first baseman could do much worse than landing Santana, as long as they don’t have to pay through the roof for him. – Andrew Bucholtz

I think there’s a very good chance that by the summer, we’re talking about Tyler Chatwood as the steal of free agency. Chatwood had a 4.69 ERA and 4.94 FIP for the Rockies in 2017, and has a 4.31 ERA and 4.58 FIP in his career over 647 2/3 innings. Those numbers aren’t all that impressive, but take a look at the difference between Chatwood at home, compared to his numbers on the road…

Well, that’s an even crazier difference. Over the last two seasons, Chatwood’s 2.57 road ERA ranks sixth in MLB, behind only Clayton Kershaw, Yu Darvish, Aaron Sanchez, Carlos Carrasco, and Stephen Strasburg. Simply put: Chatwood has pitched like an ace when he’s not pitching at the arcade-esque park that is Coors Field.

Additionally, Chatwood’s 57.6 groundball percentage ranks only behind Dallas Keuchel, Marcus Stroman, and Luis Perdomo over the last two seasons. That trait is becoming more valuable with flyballs leaving the yard at a ridiculous rate (cough, juiced balls, cough). He’s also still young for a starting pitcher (turning 28 in December), and he saw a substantial velocity spike in 2017.

MLB Trade Rumors predicts Chatwood gets a three-year, $20 million deal this offseason. Even if he didn’t pitch like his recent eye-opening road splits suggest he can, he’s still a fine back-of-the-rotation starter who is also capable of throwing 97 mph out of the pen, so it would be very hard for him to bust at his expected free-agent price. Chatwood should prove to be a bargain and is a potential gold mine. – Matt Clapp

If my team needed some power — especially left-handed power — and had an opening at first base or designated hitter, I’d take a look at Lucas Duda. His batting numbers were abysmal (.217 average overall, .175 in the AL after being traded from the Mets to Rays), but he still has power. In 491 plate appearances, Duda hit 30 home runs and slugged .496.

Rather than overpay for a player like Eric Hosmer, a team that needs first base or DH help like the Red Sox, Rangers, Royals or Mariners could find a short-term bargain with him. – Ian Casselberry

He’s not going to help a team a lick this year while rehabbing from Tommy John surgery, but Trevor Rosenthal is someone that could be a great buy-low option on a two-year deal for the 2019 season. He was one of the best relievers in the game before the 2016 campaign, and i think he could regain that form when he becomes fully healthy once again. The two year deal with an option contract worked well with Mike Minor and the Royals, and it could work well again for Rosenthal… in a year, that is. – Joe Lucia

For a minute there, it seemed Lucroy had torpedoed his free agent value with an awful season in a walk year. Then he was traded from Texas to Colorado for scraps and promptly turned back into Jonathan Lucroy, batting .310/.429/.437 over two months (and yes, that’s above-average even after adjusting for Coors Field).

If teams look at Lucroy’s overall 2017 numbers, they’ll see a light-hitting catcher with declining defensive value. But if they consider his weak first half as an anomaly and view his second-half numbers in the context of his 2012-16 production, they’ll see a potential All-Star. Any team with a need behind the plate would be wise to give Lucroy a shot on what will likely be a reasonable deal. – Alex Putterman