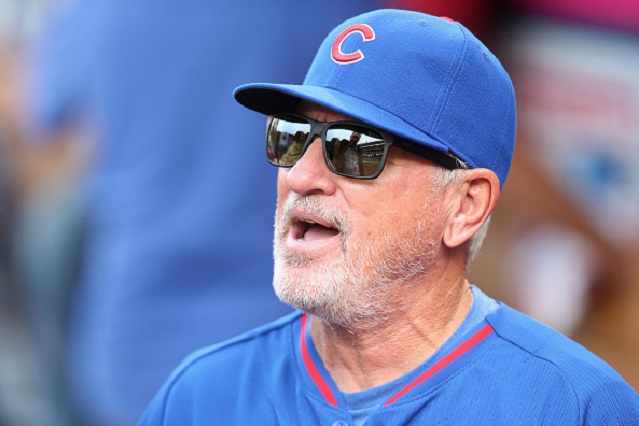 With the first month of the 2016 MLB season in the history books, undoubtedly THE story is the blistering start of the Chicago Cubs. Since the end of last season, the Cubs have been under the spotlight as many experts thought this would be perhaps the best chance to break the longest championship drought in sports. Going into spring training, the Cubs were as low as 4-1 to win the World Series.

But with their amazing 20-6 record after a three-game sweep of the rival Pittsburgh Pirates, talk has turned to the Cubs not just being a World Series favorite, but to being the best regular season team of all time. Instead of debating breaking curses, the expectations around the Cubs have now become focused on breaking records. As of May 4, the Cubs have the best run differential through 26 games in over 100 years! They’re at +96, which is 43 runs better than the second-best Nationals.

So can the Cubs keep this up, surpass the record total of 116 wins in a regular season and join the Golden State Warriors’ record-breaking heroics? Here are five reasons why they can. 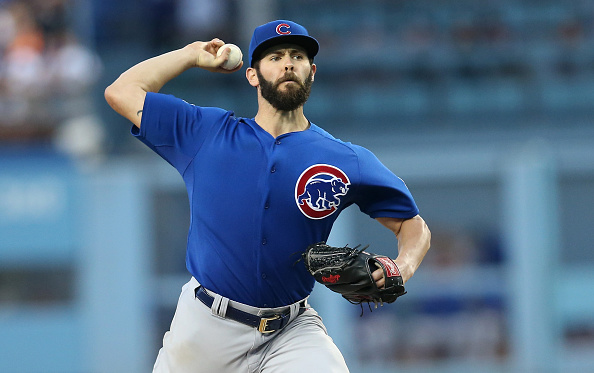 Of course, having an ace who is experiencing one of the most dominant stretches in baseball history is going to help chase down a record-setting season. At this point, Arrieta isn’t just having a great run, he’s become the best pitcher in baseball.  He’s already 6-0 this season with a 0.84 ERA and a league best 2.2 WAR. At some point, Arrieta will lose another game… you would think. But his 17 consecutive decisions, a club record, shows how long his dominance has lasted, going back to last summer. And those trolls who point to the PED whispers haven’t been paying attention. This has been building since Arrieta came to the Cubs in 2013, including flirting with more than one no-hitter in 2014.

At this point, the better question may be trying to guess what happens first: another Arrieta loss, or another Arrieta no-hitter. There is some doubt as to whether the Cubs’ rotation depth will last over the course of the season at their current pace. Alas, with Arrieta as an anchor, the Cubs are almost guaranteed to win every fifth game.

Through the course of the offseason, one of the biggest questions concerning the Cubs was their surplus of young position talent. Kris Bryant, Addison Russell, Javier Baez, Kyle Schwarber, Jorge Soler — the list goes on and on. Surely, Theo Epstein would trade one of these young position players for a cost-controlled starting pitcher to add to their rotation, with a lack of depth seen as a weakness. However, Epstein stuck to his guns, even after the addition of Ben Zobrist and Jason Heyward.

For close followers of the team, it wasn’t a surprise. Even last October, Epstein discussed the need to keep their position players, saying “I would love to have our entire position group back… the redundancy is important and it’s a significant competitive advantage to have a solution at the ready if something goes wrong. It’s a competitive advantage to make out a lineup tailored for that night’s opposing pitcher.”

With the season-ending injury to Kyle Schwarber and slow starts by Soler and Heyward, this philosophy has proven valuable. The Cubs even still have more prospects in the pipeline, like minor league batting champion Willson Contreras. But the Cubs have also had a steady, patient approach at the plate, reminiscent of Epstein’s Red Sox, that should allow for consistent production throughout the lineup. With this approach and redundancy in place, the Cubs should be able to handle injury, slumps, and any other adversity that would affect their everyday group, keeping them on pace. 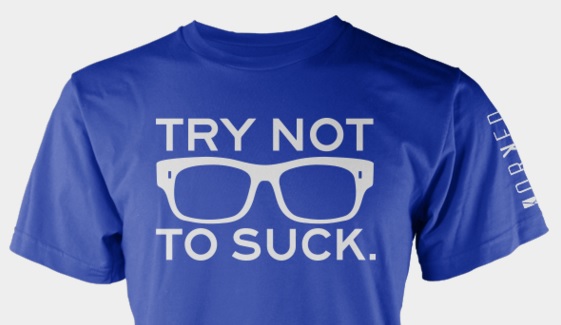 Maybe the biggest wild card in the Cubs’ pursuit for the record books is manager Joe Maddon. There is no personality better equipped to handle both the pursuit of a regular season record, but also a World Series. Maddon has found a way to combine the analytics favored by his front office with a laid-back attitude that has permeated the playing group, growing team chemistry. Of course, Maddon is most famous for his antics like magicians, zoo animals, and the recent “zany suit trip.”

But it’s other touches by Maddon that helps the team on a day-to-day basis. Seemingly every juggle of the lineup by Maddon has been a stroke of genius, most recently Javy Baez and his defensive clinic in Pittsburgh at third base. The manager has also taken great lengths to ensure his team doesn’t spend too much time at the ballpark, chastising those who come too early or take too much batting practice. His catch phrase “Try not to suck” is a perfect motto for the way he has handled the Cubs’ success so far. While Maddon may be at the polar opposite end of the spectrum from Sweet Lou Piniella (who managed the 2001 Mariners to a 116-win season in 2001, along with the Cubs from 2007 to 2010), he may be even better equipped to navigate the building pressure if the Cubs approach the regular season wins record.

Here’s an under-the-radar reason this team is unlike any other in Cubs history. At the start of the season, the new Cubs underground clubhouse was open for use. Of course, for years, many have argued the Cubs are naturally disadvantaged by playing so many day games at Wrigley Field. But the Cubs have also been severely disadvantaged by a lack of amenities that almost every other team takes for granted. Now, there are no excuses. From the latest in technology and creature comforts to a separate room for post-victory dance parties, the Cubs have gone from the worst home amenities in MLB to some of the best. That alone should help get the team through the grind of day baseball… especially when you can bring in a mariachi band for Cinco de Mayo.

Finally, for every record-setting run, there are those less fortunate teams that help play a part in that success. The Cubs are playing in one of the strongest divisions in baseball, the NL Central. But the team already owns a 13-2 record against its division. And it doesn’t seem like the Brewers or Reds will be buyers at the trade deadline, to say the least. In the rest of the National League, the Braves and Padres are on track for 100 losses. Even surprise teams like the Phillies and Rockies are likely to crash back to Earth soon. With MLB’s unbalanced schedule, the Cubs should have plenty of opportunities to pile on the victories.

Even in interleague play, outside their rivalry with the White Sox, the Cubs are matched with the weak AL West, another opportunity to pad their win percentage and run differential.

The upcoming four-game series against the Nationals will be a big test, but the Cubs already passed the first exam with a 5-2 win on Thursday night, taking them to 21-6 on the season thus far.

Will all these factors be enough to break the record?  As long as the goats and black cats are kept at bay, they just might.