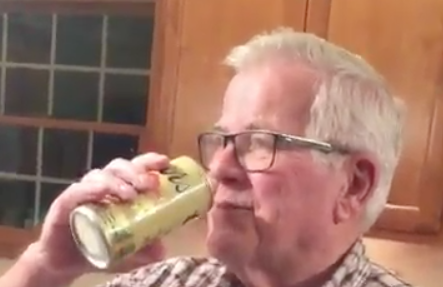 Few baseball fanbases are as superstitious as the Chicago Cubs. After all, they believed in curses of a goat, a black cat and one Steve Bartman for the longest time.

When your team hasn’t won a World Series in 108 years and has failed on the biggest of stages in just about every way possible, it is all understandable.

As the Cubs dispatched the Cleveland Indians in an epic 10-inning affair to win the World Series, all sorts of superstitions were bound to come out of the woodwork. But, the one that takes the cake?

Some dude cracking open a 32-year-old beer as the Cubs finally won a World Series championship.

Yes, he really decided to keep a Coors (not Light) from the time he was drinking for the 1984 National League Championship Series that his team lost to the San Diego Padres.

Yes, he really did pop the top on a beer that is older than most of you likely reading this and it was still glorious to him…mainly because he was smart and didn’t actually drink the contents of the can.

my grandpa put this beer in his fridge 32 years ago and said he would open it when the cubs won the world series. today was that day. pic.twitter.com/LPsNMQZCpp

With the World Series winless streak over for the Cubs, the only question left is what superstition is this man and the organization going to hang its hat on now?

After all, they aren’t the lovable losers anymore. Perhaps it will be always tipping their cap to Harry Caray or having Bill Murray on hand…we’re sure something ridiculous and awesome at the same time will come up.