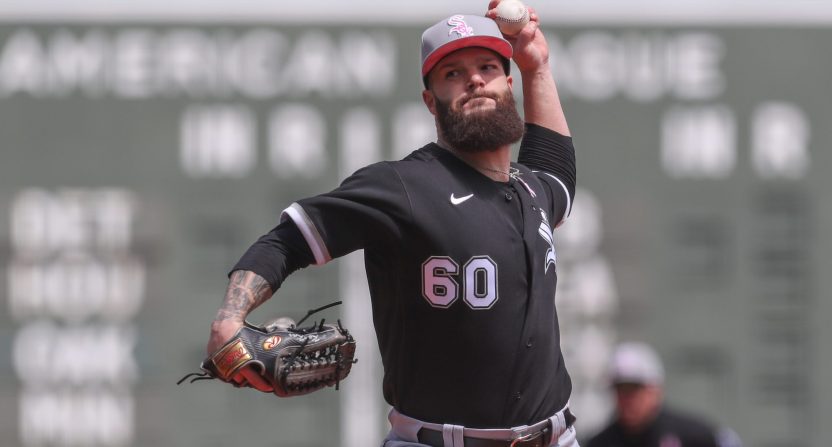 Once one of baseball’s best pitchers, Dallas Keuchel is now the odd man out in the Chicago White Sox starting rotation.

The White Sox, who have a multitude of options at starting pitcher, announced on Saturday that Keuchel had been designated for assignment.

For MLB fans, this move was largely seen as a good one from Chicago’s perspective.

Thought it was the right signing at the right time.

Had to be done https://t.co/jJTMwXzlP8

The White Sox now have 10 days to trade Keuchel, though he could be claimed off of waivers by another team in that time. If neither happens, he can either accept a Minor League assignment or become a free agent.

Despite Keuchel’s struggles, though, it wouldn’t be surprising to see him get at least one more shot elsewhere.

White Sox announce they are designating Dallas Keuchel for assignment. He’s struggled this year, but it’s always jarring to see a name like that cut loose like this. Would imagine he will have plenty of suitors.

A veteran lefty starter with a high groundball rate. Sounds familiar for a #stlcards team searching for innings. https://t.co/LGJO211V4p

Maybe the #Mets would consider signing Dallas Keuchel once he clears waivers. Have nothing to lose there.

The Yankees have Matt Blake, which means they can fix Kuechel. I also see the Rays saying f it and seeing if they can rekindle the magic 😂 https://t.co/uf8INXkEAa

Any team taking a chance on Keuchel will be hoping he can find an old spark.

In 2020, he signed a three-year deal with the White Sox. The first year in Chicago went well, as Keuchel finished fifth in American League Cy Young voting with a 1.99 ERA and 1.089 WHIP with a 6-2 record during the shortened season. But even during Keuchel’s best years, he pitched to contact more than most other top pitchers of this era. From 2014-2019 he struck out 7.4 hitters per nine innings. That K/9 rate dropped to 6.0 in 2020. In 2021, the contact caught up with him.