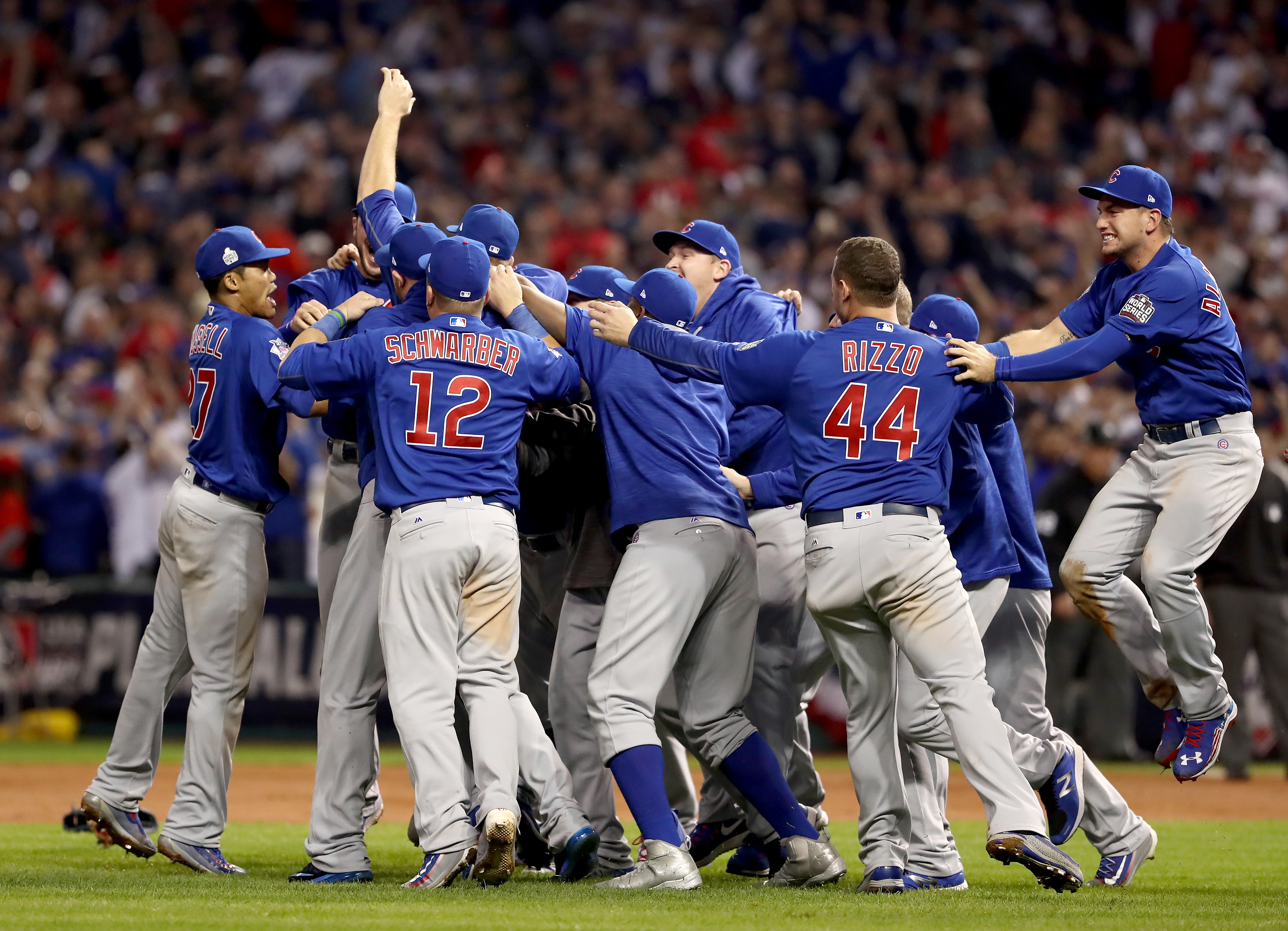 Well, they did it. If you were going to draw it up as to how a season in which the Chicago Cubs ended their historically long drought would actually go, this would be pretty close to it. The best team in baseball during the regular season, with 103 wins, was also absurdly likable (with one or two exceptions) and had just about everything go their way en route to being the last team standing for the first time in over a century.

What transpired throughout 2016 culminated in one of the best World Series in recent memory, and perhaps in the history of baseball. And they very likely are not going anywhere, either.

Preseason Prediction: It’s hard not to be on the Cubs bandwagon given the talent assembled. The club doesn’t really possess any glaring weaknesses, don’t have many health problems and are still super young. Calling for them to win the World Series may be premature, but they’re certainly on the right track. I think Chicago will make the World series in 2016, and if they don’t win it, they’ll be right back at it in 2017 and beyond. It’s a great time to be a Cubs fan. (Liam McGuire, March 9)

What Went Right: Just about everything. Only two teams in baseball (Boston and Colorado) scored more runs than the Cubs, with the North Siders finishing with an absurd +252 run differential. Their pitching was healthy and consistent throughout the season, ending the year with a 3.15 ERA as a staff. They were historically good defensively, finishing with a .731 Defensive Efficiency Rating that was far and away the best mark in baseball. All three phases contributed to the Cubs crossing the century-mark in wins.

On an individual level, the Cubs had standout performances across the board. Both Kyle Hendricks and Jon Lester ended the year as NL Cy Young Award candidates. They had three position players finish in the top 12 in the NL in WAR. Kris Bryant led the way, with an 8.4 mark, with Anthony Rizzo (5.2) and Dexter Fowler (4.7) also finishing in the top dozen players in the National League. They signed Ben Zobrist to add a veteran presence and some consistent on-base skills to the mix. He did so at a .386 clip. Addison Russell and Javier Baez made impressive strides in providing offense, but really dazzled us with elite defensive performances. Willson Contreras finished sixth among NL rookies in WAR, providing some pop, a big arm behind the dish, and some versatility. Just incredible performances up and down the roster.

What Went Wrong: It’s really difficult to find dark spots with a team that won 103 games and took home a world championship. Obviously, the big one is the big injury to a big bat. Kyle Schwarber tore his ACL the first weekend of the year. The Cubs had enough additional firepower and were able to pick up the slack, but that looked to be a large blow early on. Jason Heyward had a brutal season that we will touch on more in a moment. He provided his typical brand of elite defense, but struggled mightily with offensive production, looking entirely lost the majority of the time at the plate. Jorge Soler struggled through another season with injuries and inconsistency at the plate.

Beyond that, we’d be grasping at straws. That’s how good this Cubs team was. You don’t outscore your opponents by over 250 runs and have even a few things go wrong.

Most Surprising Player: The Cubs were expected to be here. Rizzo, Bryant, etc. were supposed to put on a show offensively. We knew about Russell’s and Baez’s respective upside defensively. Lester and Jake Arrieta are established arms at this point. Which means that not a single player on this team was more surprising than that of Kyle Hendricks. Coming into the season as the Cubs’ fifth starter, there may not have been a pitcher that fans were more comfortable with trotting out to the bump for Game 7 against Cleveland than the righty (save maybe Jon Lester).

Hendricks rode his changeup to the league’s best ERA, with a 2.13 mark. He continued to establish himself as a pitcher with pinpoint command, only walking 2.08 hitters per nine to compliment an 8.05 K/9 figure. He took his game to another level in the postseason, with a memorable start in Game 6 of the NLCS against the Dodgers. He threw 88 pitches, using double players and pickoffs to propel the Cubs to the World Series in a game where their pitchers faced the minimum. Honestly, we could probably write at length about his changeup alone, but we only have so much time here. The Winter Meetings are in, like, a month.

Most Disappointing Player: Jason Heyward the batter just never looked right in 2016. Jason Heyward the fielder was brilliant. He finished with a 20.4 UZR that ranked third among MLB outfielders, and first in the National League. It was his 15.4 Def rating courtesy of FanGraphs that allowed his WAR to end up in the positive, with a 1.4 mark on the season. But even his elite defense was overshadowed by some brutal offensive performances throughout the season. Every time he made even halfway solid contact, folks were hoping he’d catch fire. But he never did.

There wasn’t too much fluctuation as far as his strikeout or walk rates, but he did experience career lows in nearly every other category. Batting average, on-base percentage, OPS, ISO, wRC+, and so on. His batted ball tendencies and hard contact rates remained very similar to past performances, but there was something that just wasn’t right with him mechanically all season. His top half never appeared to communicate with his bottom half and there was a hitch in his swing that so obviously detracted from his ability to make contact. One hopes that he’s able to figure it out in 2017, but it’s hard to imagine that he won’t spend the winter working to improve those mechanics and get back to respectability at the dish.

The Future: The terrifying thing for Major League Baseball is that the Cubs aren’t going anywhere. This core of Bryant, Rizzo, Russell, Baez, Schwarber, and Contreras will be intact for another few years, at least. Jon Lester, Jake Arrieta, and Kyle Hendricks will still headline the rotation. They’re built for long-term success, just as Theo Epstein declared was the goal when he first arrived in Chicago.

There are going to be some departures, sure. David Ross will be more of a clubhouse loss than one from a production standpoint. Dexter Fowler could cash in after his brilliance on a one-year pact. Aroldis Chapman is very likely departing via free agency. There will be some adjustments to the bullpen and bench, which should make for an intriguing offseason for the now-defending champs. But for now, the organization and their fans will absolutely take some time to revel in this. Until next week, at least.