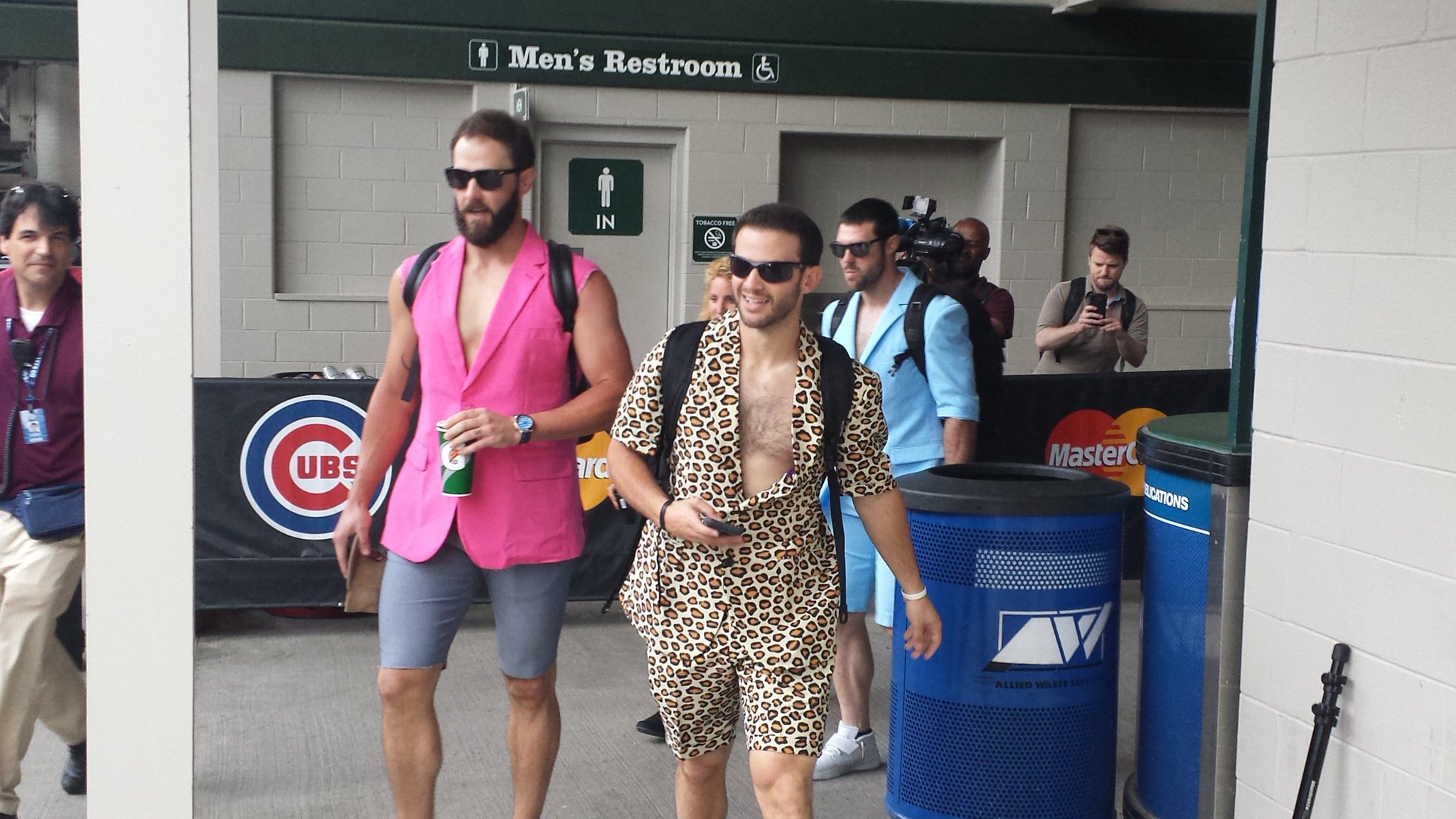 Cubs manager Joe Maddon has one rule for road trip attire: “If you look hot, wear it.”

There are even shirts sporting that slogan, the sales of which help benefit his charitable foundation:

If you look hot, wear it!

Well, the Cubs have a four-gamer beginning tomorrow in Miami, and to mark the occasion, they wore some appropriately ridiculous suits, shirts, and whatever the heck that leopard print thing is:

Some people likely don’t appreciate the relaxed attitude on display, as the Cubs were just swept by the Cardinals. But this is the sort of thing Joe Maddon loves to do, and the lack of tension is likely much more beneficial for the team long-term than if they spent the flight beating themselves up over a loss.

(Of course, still having a 9.5 game lead in the division probably helps.)