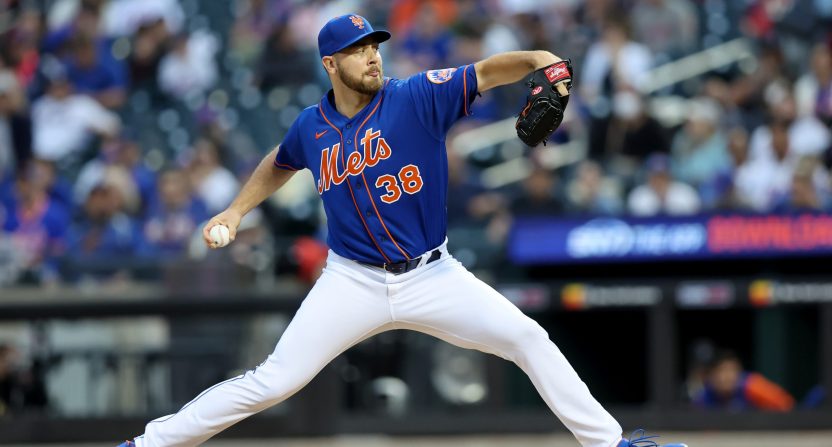 Another untimely injury has dinged up the already depleted New York Mets pitching staff. The team announced Monday that starting pitcher Tylor Megill will be out until mid-August after being placed on the 60-day injured list.

Megill, 26, joins aces Jacob deGrom and Max Scherzer who are also on the IL list. You would think this is the first serious injury for Megill but earlier in the season he missed four weeks with right biceps tendinitis. When Megill has been on the field, he’s gone 4-2 with a 5.01 ERA in nine starts this year, which included Opening Day.

With Megill leaving an empty spot on the roster, New York brought in an infielder Kramer Robertson off waivers from the Atlanta Braves.

A former fourth-round pick of the St. Louis Cardinals, Robertson made it to the big leagues last month. He appeared in two games, picking up his first plate appearance, before being optioned back down to the minors. He was soon grabbed by the Braves off waivers and has hit .242 with six homers, 23 RBIs and 16 steals this season for Triple-A Memphis and Gwinnett of the International League.

The Mets are currently 47-27 and hold a five-game lead over the Braves in the National League East.