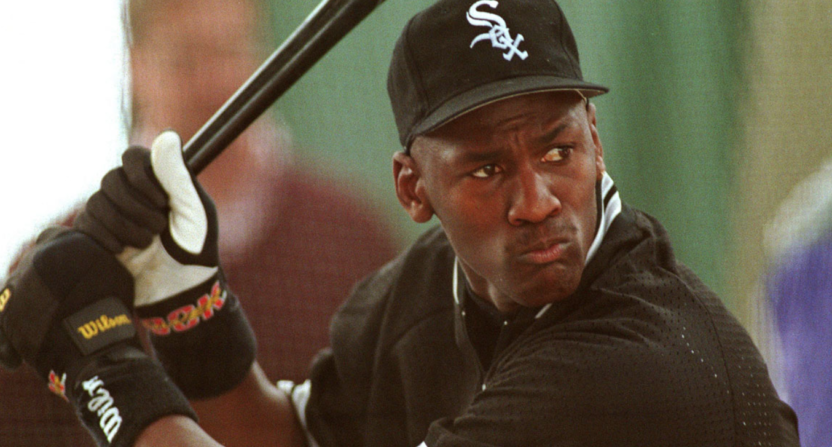 It’s been nearly 15 years since Michael Jordan first retired from the NBA and signed a minor-league contract to play baseball for the Chicago White Sox organization. Yet to this day, Jordan’s 1994 season with the Double-A Birmingham Barons is one of the most intriguing sports stories of the past 25 years. After a career as the greatest basketball player of all time, he wanted to try his hand at another sport.

That unexpected development, which almost has the status of a fable in professional sports, could be the subject of a feature film produced by Will Smith. As reported by The Tracking Board’s Jeff Sneider, Smith’s production company, Overbrook Entertainment, has picked up a script by Ben Epstein titled The Prospect.

Epstein’s script was on the 2017 Black List, a list of scripts favored by Hollywood executives during the past year that have not yet gone into production. To be included on the list, a script has to have been mentioned by the executives polled six times. The Prospect received seven votes.

The screenplay follows the year of Jordan’s life following his father’s murder during the summer of 1993. Jordan was coming off three consecutive NBA titles with the Chicago Bulls and said he had lost the desire to play basketball after his father’s death. He decided to try baseball, a sport James Jordan always wanted to see his son play. (Jordan last played baseball in high school.)

At the time, Jordan playing baseball was an intriguing, maybe even poignant footnote to his legendary athletic career. His season in Double-A was the subject of an ESPN 3o for 30 documentary directed by Ron Shelton (Bull Durham) titled Jordan Rides the Bus.

(A conspiracy theory has persisted over the years that Jordan’s year away from basketball was actually due to serving a suspension for gambling, but there’s never been anything proven to give that validity.)

In his one season with Birmingham, Jordan appeared in 127 games, batting .202 with a .556 OPS, 17 doubles, three home runs and 30 stolen bases. He was caught stealing 18 times and led the Southern League with 11 outfield errors. The team he played on was managed by Terry Francona, currently the skipper for the Cleveland Indians and a two-time World Series winner.

Regardless of who might end up directing this project and which actor could possibly portray Jordan (leave your casting suggestions in the comments; the list has to begin with Michael B. Jordan, right?), this film has a notable bar to reach. Jordan’s baseball career was already dramatized in 1994’s Space Jam — with Jordan playing himself.