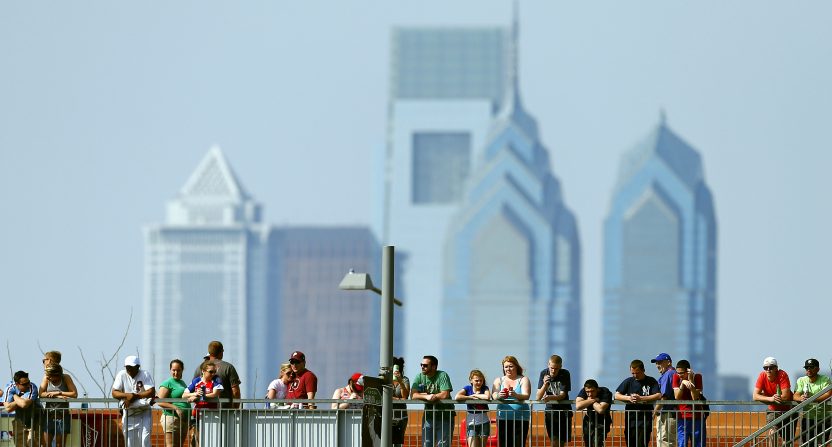 The Philadelphia Phillies open their home schedule on Friday at Citizens Bank Park on Friday, and they have now teamed up with Uber to provide fans a cheap alternative to get to the game. Although, certain restrictions apply, because why in the hell wouldn’t they?

The Phillies and Uber worked out an arrangement that will allow fans using the uberPOOL service to and from the ballpark between the hours of 1:00 pm and 8:00 pm for a low rate of $2.15. The flat rate is inspired by the local area code, for those unfamiliar with the phone area codes in the Philadelphia region.

“Thanks to Uber, fans have another great option to get to the ballpark on Opening Day,” David Buck, Phillies Senior Vice President, Marketing and Advertising Sales said. “The $2.15 uberPOOL is an affordable and easy way to get to all the fan-festivities that surround our first home game of the season.”

Like in most cities, Opening Day in Philadelphia is a bit of an event that includes the players parading into the stadium and plenty of local fanfare. And while traveling to the sports complex for most in the region is not typically a problem, exit ramps leading to the stadium can tend to get backed up and sometimes the city parking lots are not the most efficient in getting cars through the entrances. So for those who want to avoid the headaches that come with dealing with the city parking lots, the Uber deal sounds like a good bargain.

For now, there are not any other similar promotions announced, so this will be a one-time offer for fans until further notice.