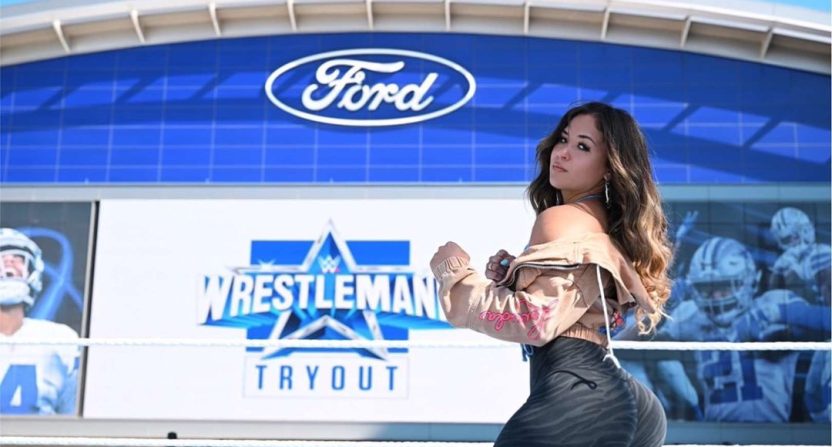 A rising star in the Mixed Martial Arts ranks is leaving in order to become a WWE Superstar.

It was announced on The MMA Hour with Ariel Helwani that Bellator fighter Valerie Loureda has signed an exclusive contract with WWE. While Bellator retains her MMA rights should she come back to MMA, Loureda will begin training full-time at WWE’s Performance Center in mid-July and hopes to be on NXT by the end of the year.

This isn’t the first time we have heard Loureda’s name floated around the pro wrestling industry. She took part in a tryout for WWE during WrestleMania week and there have been reports over the past month that WWE was interested in signing Loureda. Fightful Select’s Sean Ross Sapp reported at the time that Loureda made a “great impression” on management. Furthermore, it’s reported that WWE coaches noted that she is a “very quick learner” and an “absolute natural.”

At 4-1, the 23-year-old Loureda is someone who is on the rise wherever she goes. By going to WWE, she can use her MMA skills to create a lethal arsenal of moves while cementing a character who can dominate in the ring. Loureda is the first female Cuban-American WWE signing and she represents her Cuban-American heritage proudly, saying that she wants to be a role model for the Cuban community and all women.