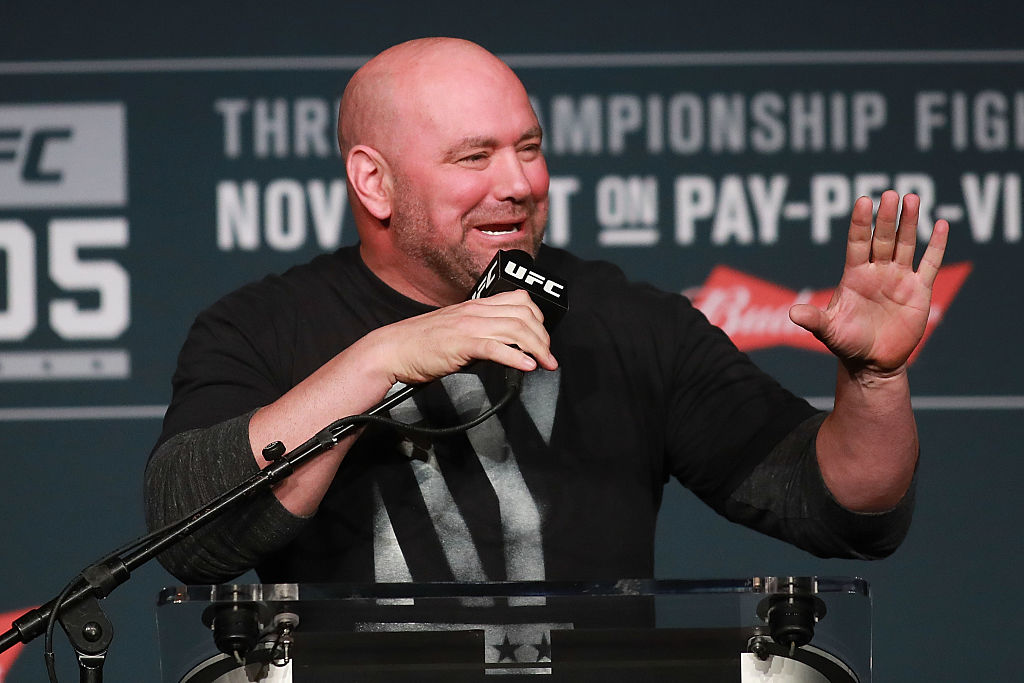 The horrifying events of this week in Las Vegas have shocked and saddened the nation. Once again, our country has seen the deadliest mass shooting in modern history with the latest updates as of Monday night leaving 59 dead and 527 injured on the Las Vegas strip.

The UFC has always had close ties to Las Vegas with many of MMA’s biggest fights happening in the city and the organization making it as much of a hometown as anywhere else. According to MMAFighting.com, UFC has held 30 events at the Mandalay Bay since 2001, which is the venue from where the gunman fired his rounds into a crowd of innocent people.

With another fight card, UFC 216, scheduled to take place in the city this Saturday, Dana White has pledged a $1 million donation to victims and families of the tragic mass shooting.

“At the end of the day, this is our city — we love this place,” White told ESPN. “The first thing when we got up this morning, everybody, personally, got it together and made sure anybody they know or love was OK. Then we came in here and made sure all of our employees are OK.

In addition to the $1 million donation, a planned UFC 216 pay-per-view event on Saturday inside T-Mobile Arena will be “dedicated to the entire city of Las Vegas,” White said.

The UFC has been directly tied to Las Vegas since 2001, when casino owners Lorenzo and Frank Fertitta purchased the company for $2 million. Many of the UFC’s biggest events take place in Las Vegas, and the company signed an anchor tenant deal with T-Mobile Arena earlier this year.

This is a great gesture and show of support by the UFC for a city that has been at the center of their company for so many years. MMA and boxing have been the heartbeat of professional sports in Vegas for decades. The professional sports scene in Las Vegas will grow with the Golden Knights beginning play in the NHL and the Raiders soon to move from Oakland as well. The Raiders and the NFL have donated $100,000 to victims and the Golden Knights have pledged a “significant” donation as well.

The UFC event on Saturday night is still going to go ahead as previously scheduled. Kevin Lee and Tony Ferguson are headlining UFC 216 in a bout for the Interim Lightweight Championship last held by Conor McGregor. It’s sure to be one of the more emotional events in the company’s history.