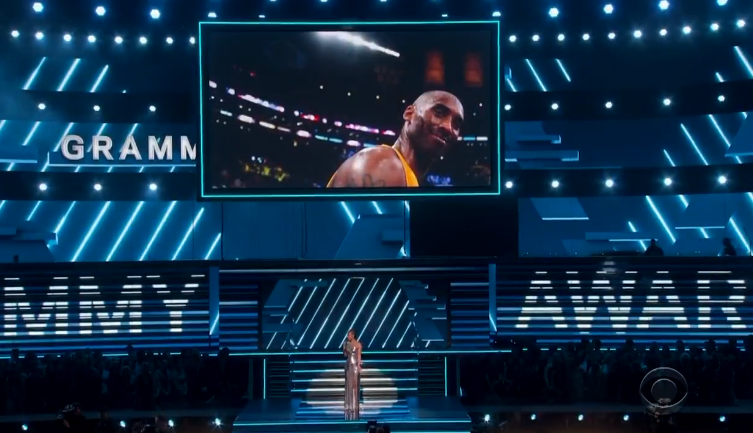 The 62nd annual Grammy Awards are happening right now at Staples Center, just hours after a helicopter crash tragically took the lives of Los Angeles Lakers legend Kobe Bryant, his daughter Gianna, and seven other people in Los Angeles. Staples Center is of course the home of the Lakers, and served as the team’s home for 17 of Bryant’s 20 seasons (beginning in 1999).

Many fans gathered outside the arena to pay tribute.

A large group of fans are in the plaza across from Staples Center to celebrate the life of Kobe Bryant. pic.twitter.com/jqUsikn2sT

The Grammys then paid tribute to Bryant, and did a very good job with such little time to prepare. Lizz opened the show by saying, “Tonight is for Kobe!” before peforming “Cuz I Love You.”

"Tonight is for Kobe!"

Lizzo kick starts the 2020 #GRAMMYs by dedicating the night to #KobeBryantpic.twitter.com/w32ExavooF

And host Alicia Keys beautifully addressed the situation in her monologue, before being joined onstage by Boyz II Men to sing “It’s So Hard to Say Goodbye to Yesterday.”

"We are literally standing here heartbroken in the house that Kobe Bryant built." Host @aliciakeys pays tribute to Kobe Bryant, his daughter and their family during her opening monologue at the #Grammys https://t.co/0BNpfw9wWV pic.twitter.com/9VzWZa2M8S

"We love you Kobe." @aliciakeys and Boyz II Men sing in tribute to Kobe Bryant and his family at the opening of the #Grammys https://t.co/kk0nIau0ee pic.twitter.com/v3KpXSkvyW

Bryant’s retired No. 8 and 24 jerseys at Staples Center were illuminated throughout the Grammys.

Kobe Bryant's retired No. 8 and No. 24 jerseys are illuminated at the Grammys inside Staples Center. pic.twitter.com/kcb8kF3ybm