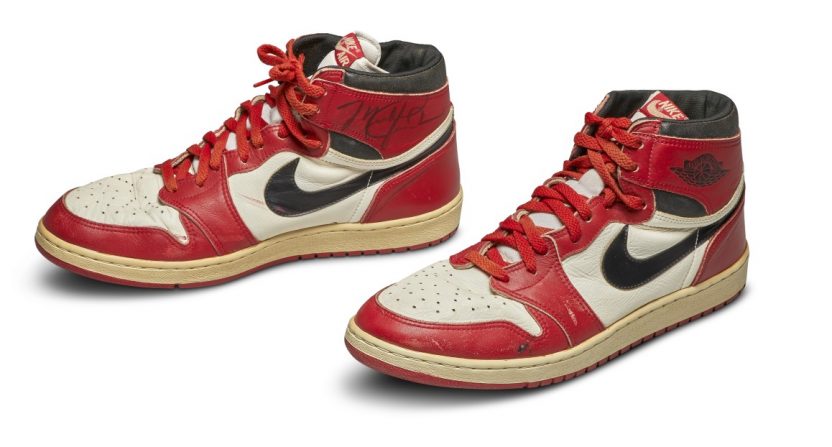 With The Last Dance craze, Michael Jordan gear and memorabilia is extremely popular (again). And when it comes to the Air Jordan sneakers, well, the popularity never went away.

So, it makes for an ideal time to auction off an original pair of the Nike Air Jordan 1s.

A pair of Air Jordan 1s that were game-worn in 1985 and autographed by Jordan, are up for auction at Sotheby’s until May 17, which is the date of the final episodes of The Last Dance. 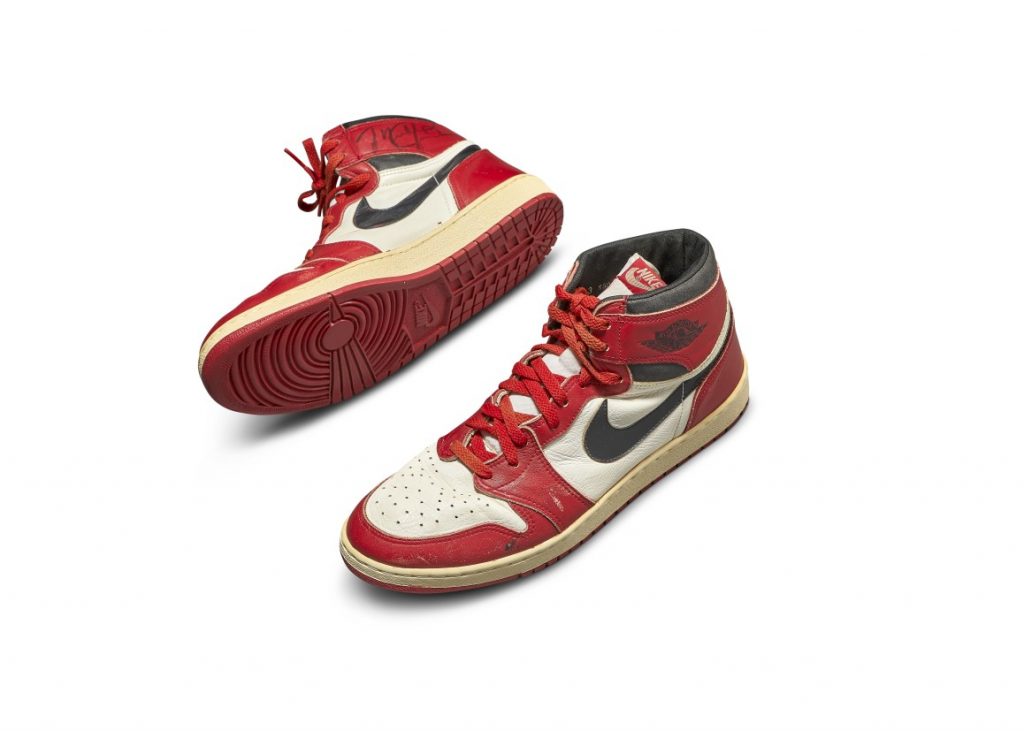 The vintage originals are in the Chicago Bulls white, black and red – the Air Jordan 1 colorway that Michael Jordan wore the most often on the court. In 1984, Nike gave Jordan a signature line of shoes and clothes – a crucial, unprecedented move to entice Michael Jordan to sign with Nike. Produced between February and April 1985, Jordan wore the present pair of Air Jordan 1s during an early, pivotal point of his career and thus catapulted the sneaker’s popularity.

However, the owner — or, soon-to-be previous owner — of these shoes thinks they could go for much more than that.

Sneaker collector Jordan Geller won these Air Jordan 1s in an eBay auction in 2012, and has had them in his shoe museum, aptly named ShoeZeum. With The Last Dance significantly driving up interest in everything Jordan, Geller understandably decided that it was the perfect time to sell.

“Timing is everything and right now is unquestionably the right time to put them on the market,” he says. “There’s more interest and excitement in Michael Jordan than ever before. I think that it will have a big impact on the sale.”

The most expensive sneakers sold in auction are the Nike “Moon Shoes,” which sold for $437,500 at Sotheby’s last year. Geller thinks there’s “a definite possibility” the Air Jordan 1s will top the record-breaking price of the Moon Shoes.

And while the estimate sits at $100,000 to $150,000, it’s worth remembering that Nike’s original sneakers arrived with a similar valuation—$110,000 to $160,000—before sprinting past it. Given the model, the former owner, and the lovingly made marks of wear, Geller says he could see this shoe breaking the record again. “There’s a definite possibility that they’ll beat the Moon Shoes,” Geller says.

We’ll find out next week, but it’s a certainty that these Air Jordan 1s will be a highly-coveted item for memorabilia and sneaker collectors, and will at least sell for over $100,000.

UPDATE: The Nike Air Jordan 1s have indeed sold for a record-breaking amount.

The Michael Jordan game-worn and autographed 1985 sneakers sold for $560,000 on Sotheby’s, with the auction concluding Sunday morning.

It’s a stunning dollar amount that makes it quite clear that the popularity of Michael Jordan and Air Jordans is sky-high right now, with The Last Dance craze likely providing a sizable boost to that.