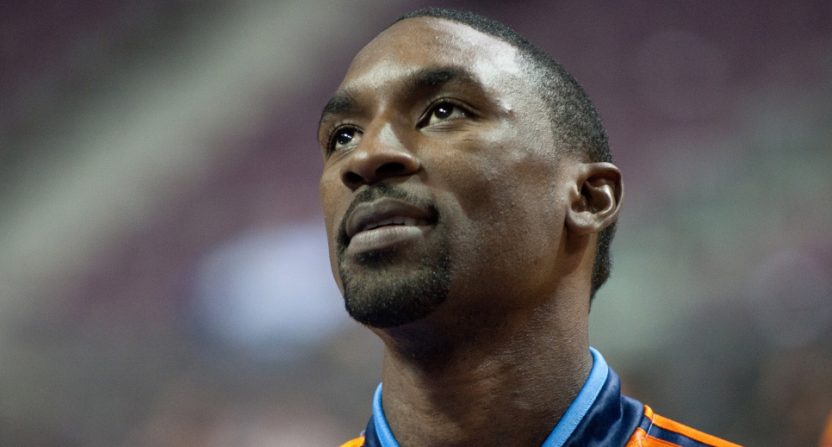 While Ben Gordon posted an impressive 11-year NBA career, he’s gotten in some trouble since leaving the league. In 2017, Gordon was arrested twice, once for pulling a fire alarm in a Los Angeles apartment building and once for felony robbery after he went into his residential complex’s manager’s office, pulled a knife on the manager, and demanded thousands of dollars. That year also saw him hospitalized for a psychiatric evaluation

And that trouble has continued for Gordon this year. Last month, he was arrested at New York’s LaGuardia Airport after allegedly punching his 10-year-old son in the face several times. Now, early Friday morning, he was arrested for battery at a Chicago McDonald’s. Many media outlets reported that Saturday, including CWB Chicago (a news outlet covering public safety issues on Chicago’s North Side) :

Here’s more on what happened from that CWB Chicago piece:

Chicago police responded to a business in the 600 block of North Clark to handle a call of a disturbance around 3:28 a.m., a CPD spokesperson said. A source identified the business as the former Rock ‘n’ Roll McDonald’s.

…Gordon is charged with two counts of misdemeanor battery. He was released from the Near North (18th) District police station on his own recognizance, according to CPD records.

Of course, an arrest and even a charge is not the final word. In the 2017 knife-wielding incident where Gordon was initially charged with felony robbery, those charges were reduced to four misdemeanors (battery, brandishing a weapon, criminal threats and carrying a knife in plain view). And those charges were then dropped entirely after Gordon reached a “civil compromise” with the manager in question (with TMZ reporting Gordon paid the manager $25,000). And the 2017 incident that led to a psychiatric evaluation didn’t appear to lead to charges.

There’s some notable context with Gordon and past mental illness as well. In 2020, he addressed his mental struggles in a Players’ Tribune piece titled “Where Is My Mind?” There, he revealed that he had considered suicide “every single day for about six weeks.” At that time, though, Gordon wrote that the legal issues he wound up in led to court-mandated therapy that helped him:

The only thing that saved me was getting arrested, as weird as that sounds. I got arrested four times in five months. I was out of my mind. So the judge hit me with court-mandated therapy — 18 months.

…It felt pretty good. I ended up doing an extra six months of therapy, all on my own. Not because I had to. But just because I thought, “You know what? I’m actually f**king with this!”

It helped me work some things out. But more than anything, I think it helped me embrace the fact that — it’s like, Yo, B, you’re different. And that’s alright. You don’t have to be perfect. Those habits that got you to the league? They don’t translate to real life.

It unfortunately seems like things have gotten worse for Gordon since then, though. And these latest charges add to his current legal troubles. Last month’s LaGuardia incident led to charges including assault, resisting arrest, contempt and child endangerment. Now, he faces further counts of misdemeanor battery causing bodily harm and battery making physical contact.

The Bulls drafted Gordon third overall in 2004 following his university career with the Connecticut Huskies, which included a national championship that April and his selection as the Big East Tournament MVP that year. He won the NBA’s Sixth Man of the Year award in his rookie season (the only player ever to do that), and was named to the All-NBA Rookie Team. But he never hit the next level after that.

Gordon played for the Bulls through 2009, then the Detroit Pistons through 2012, then the Charlotte Bobcats through 2014. He finished his regular-season NBA career with the Orlando Magic in 2014-15, then had a preseason stint with the Golden State Warriors, but was cut before the 2015-16 regular season. He also played in the then-D League in 2017 with the Texas Legends. Across his NBA career, Gordon (seen at top ahead of a 2013 game with the Bobcats) averaged 14.9 points, 2.5 assists, and 2.5 rebounds per game.