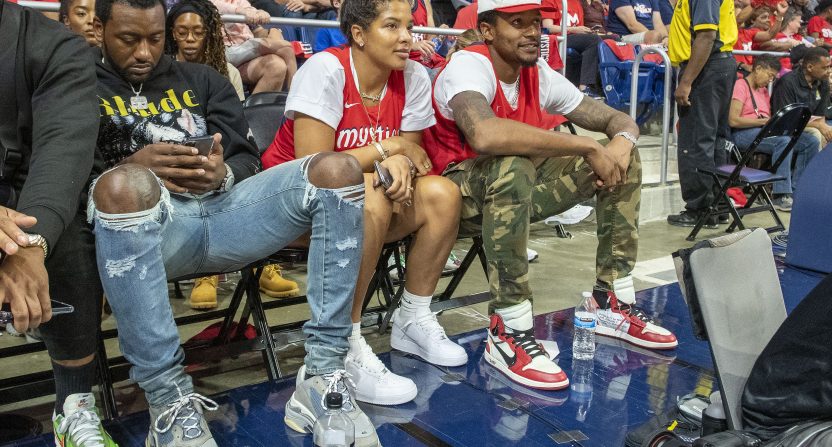 Bradley Beal is one of the best guards in the NBA, and is almost certainly a lock to be an Eastern Conference All Star this season.

He’s also an avid WNBA fan, and supporter of the Washington Mystics, most recently evidenced by Beal and John Wall wearing masks in honor of Mystics star Elena Delle Donne.

The Mystics are currently in the WNBA Finals, tied 1-1 with the Connecticut Sun. Beal, though, is taking the opportunity on the eve of his own season to highlight the need for more NBA investment in the women’s professional game.

From Beal’s essay in The Players’ Tribune:

It’s that these women need to get paid.

One, investing more money in our best women’s hoops players — it’s the right thing to do. It’s as simple as that. Like, put all these other arguments aside. This is about setting an example for our future generations. Because when we force WNBA players to treat the league like it’s a part-time job, what we’re actually doing is we’re telling young girls, “Becoming great at basketball isn’t worth your time.” And that’s a terrible message to send. It’s wrong.

Two, you have to spend money to make money. Like I said, I’m not an economics professor. But come on, man. That’s a principle that almost everyone understands. Just think about how much money over the years was poured into the NBA, or the NFL, or any of these other major leagues — and look at where they are now. But it didn’t happen overnight. First, they had to have people investing in them. And then eventually, given some time, they showed growth. Why would the W be any different?

It’ll be interesting to see if more players follow Beal’s lead on this topic going forward.