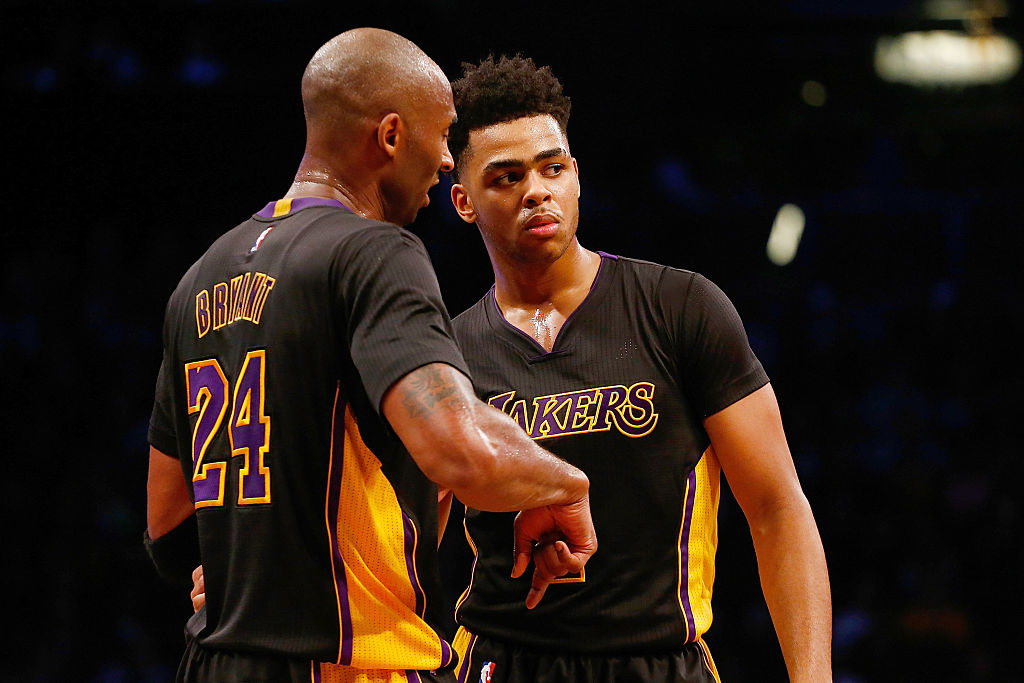 It’s no secret, the Los Angeles Lakers have been pretty bad this season. While the farewell tour for Kobe Bryant is going on in the midst of such a lousy season, one would think that Byron Scott would be doing everything he could to prep the team for the future.

But that doesn’t appear to be happening here.

Scott announced that he would be benching the 2nd overall pick of the 2015 NBA Draft, D’Angelo Russell and the 2014 7th overall pick Julius Randle.

Byron says he'll keep Randle and Russell on the bench for next five to 10 games. Then he might make changes again.

Losing is never ideal. It’s one thing to lose games with a roster that is either old, or just filled with a bunch of role players, but the Lakers are young, and the pair of Laker rookies are two that need their experience.

If we’re being real here, the Lakers benefit more from losing and getting those guys experience, than by limiting them when you’re still going to get boat raced even if you do sit them. If you’re going to lose, at least gain something out of it, right?

When asked about why the lottery picks were being benched, Scott offered this up to reporters:

Byron Scott: "This change wasn't so much based on them not performing up to their capability, it's based on where we are as a team."

Scott doesn’t give you a whole lot to work with there. To me, it really seems like Scott is doing two things.

First, he’s taking care of Kobe, and nobody is going to knock him for that. Everyone has accepted the fact that this is it for one of the greatest players in league history. Kobe is going to get his, we have seen that all throughout the season thus far. That is a given but doesn’t serve the purpose of building towards the future.

Second, he probably believes that he’s coaching for his job. It would also appear that Scott finds the best way to do this, is to win the most games, no matter who that is with. The Lakers got themselves so deep into taking care of Kobe, they’ve created this scenario where the team isn’t competitive but it can’t yet push all in on rebuilding.

Not all of that falls on Scott though. This is only his second season back with the Lakers and there’s a lot of questionable front office decisions to look at that have put the Lakers in this scenario of having to straddle the unique needs of optimizing a farewell tour for an all time legend while also setting the team up for success after Bryant’s departure.

But right now, it seems clear that the best, and only smart option is to lose with your young guys on the floor, be patient, and allow them to get better. It appears that isn’t the route Scott is willing to take.

That isn’t sitting too well with the young guns.

Randle: "You’re never going to be thrilled about it as a competitor. It’s out of our control…I don’t know, man. It’s not my decision."

D'Angelo: "I was starting to figure it out and then this happened….I've never been in the (back-up) position."

One other possible angle that Scott could possibly be going with this, is that he specifically wants Russell and Randle to not be on the floor with Kobe, which would seem to be the only plausible thing as to why he would take them out of the starting lineup.

D’Angelo Russell seemed to imply that was the one benefit of the move:

Russell on 2nd unit: "There's just more ball movement. No disrespect to Kobe, but you know you have more opportunity because of who he is."

It will be interesting to see going forward how this affects their morale. Some players respond better to tactics like this than others, but so far, it doesn’t seem to be a great move.