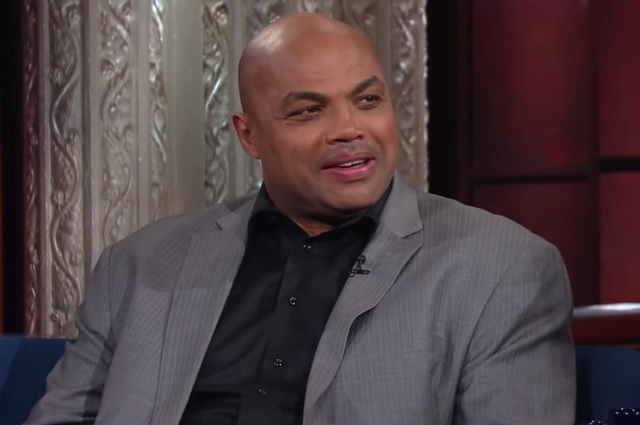 Former NBA player and current NBA on TNT analyst Charles Barkley has been critical of Donald Trump for much of this election. But after hearing lewd comments Trump made about women to Billy Bush on a bus years ago, Barkley has taken issue with those who have criticized Trump and his “locker room talk.”

In a recent interview with CNN, Barkley made his views of the video known, blasting those who say this doesn’t happen in locker rooms while also saying he won’t be voting for the Republican nominee.

“I’m against any form of sexual assault or sexual harassment,” Barkley told CNN Tuesday. “But in the locker room, I’ve heard things and I’ve said things myself that I would not want to be repeated publicly.

“For people to act like they haven’t heard stuff in the locker room, I think is disingenuous.”

Well, at least Barkley is against sexual assault and harassment. Though Barkley has been in many locker rooms and claims he’s heard much worse, this didn’t happen in a locker room. Trump is just describing it as “locker room talk.” It’s still serious, and whoever say it should probably be criticized, athlete or potential presidential candidate.

Since the primaries, Barkley has been very critical of both  Trump and the way networks like CNN have covered the election.

Barkley’s bluntness can be a blessing or curse at times. And it’s open to interpretation whether this instance is the former or the latter.