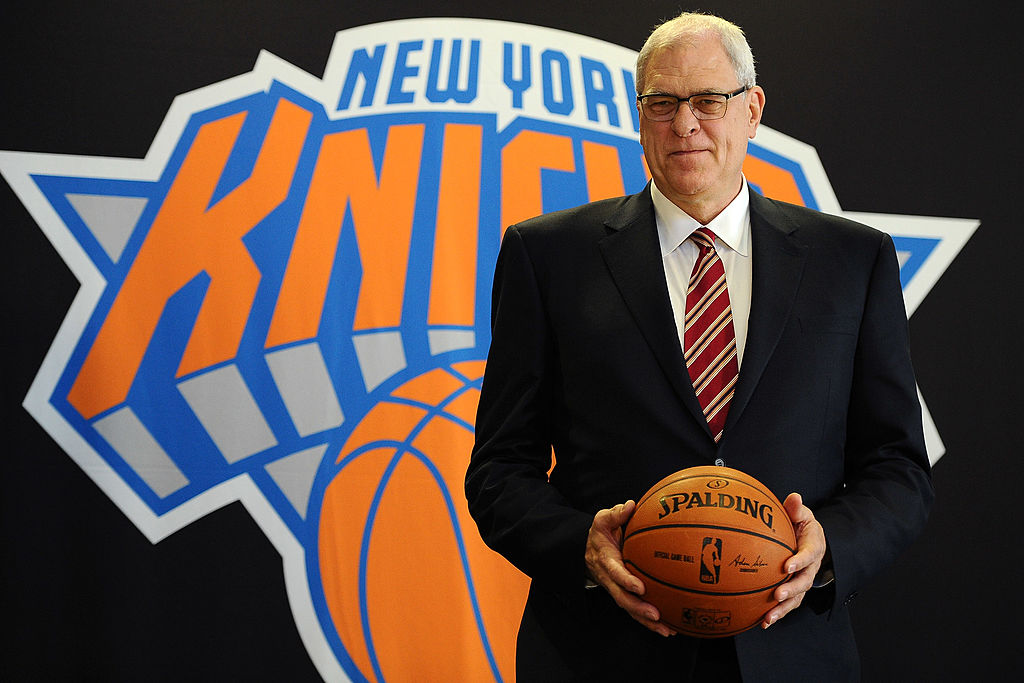 Phil Jackson is an icon of the NBA — he was a star as a player, one of the modern game’s best head coaches and now is attempting to forge a late-career surge as a front office zen master. However, after nearly two years on the job with the New York Knicks, the front office experiment hasn’t exactly gone as planned.

Given the complete teardown and failed second-year rebuild, Jackson has apparently decided to take on a more hands-on approach to the on the court production of the team he has put together. A recent ESPN.com report suggests that next step may be getting back on the bench as a part-time head coach for the Knicks.

There’s even talk Jackson could offer to coach home games next season, with Rambis coaching the road games. It’s an offer the late Lakers owner Jerry Buss once flatly rejected, but it could be an interesting compromise to hiring Rambis as the head coach next season.

With just one season left to really turn things around in the Big Apple, Jackson has apparently regained a sense of urgency and motivation. Part of that came in the dismissal of head coach Derek Fisher, whom Jackson admits to having a very hands-off relationship with.

The distance was partly created due to media perception and to give Fisher the room to run the team as he saw fit within the vision Jackson was laying out. Rather than making Fischer a puppet, Jackson went the exact opposite direction.

“Also, you guys [in the media] want to harp in on the fact that he was a puppet perhaps. I wanted him to have the autonomy to make decisions on his own and not feel like I was an overload.”

To say that move backfired would be an understatement. Under Fisher, the Knicks compiled a record of 40-96 and were not making the strides needed to bring success back to one of the premier organizations in the NBA.

Stepping in as interim head coach is another former Lakers star — Kurt Rambis.

No matter the results of the current team, it appears Jackson wants Rambis to have the job on a permanent basis. It seems as if there’s no improvement on the court, things are improving off it and that may be the key to getting the former to turn around.

What was usually a frosty relationship between Fisher and Jackson is anything but that with Rambis. Instead of refusing suggestions like Fisher allegedly did, Rambis is soaking in any bit of knowledge Jackson wants to impart on him.

“It’s great to have him supporting,” Rambis said. “With [Phil] and Steve Mills and Allan Houston, we have a front-office staff with good basketball minds. It’s great to get their perspective before games, after games, and sort of bounce basketball ideas off each other.”

Given that, it’s not all that surprising or off the wall to suggest that there could be a shared-coaching situation happening in New York. Jackson gets to scratch his competitive itch one more time and Rambis learns the coaching game under his tutelage and taking the team on its road trips.

Does it happen? Probably not, but clearly its an idea Jackson has toyed with in the past and not totally out of the question either.