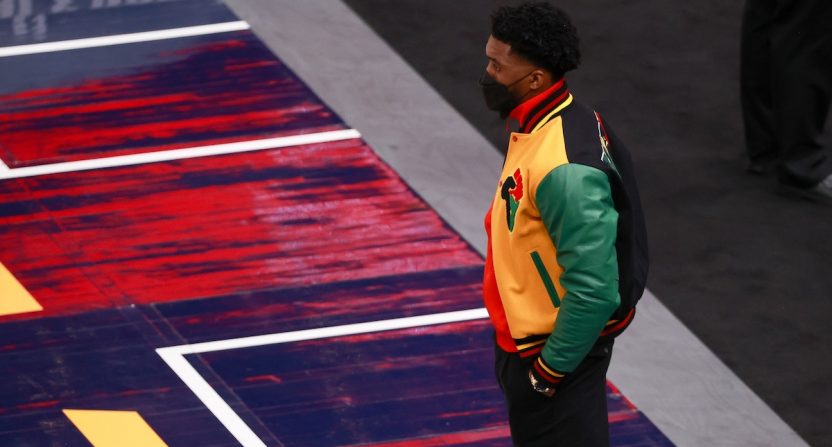 Playing Game 1 of their first-round NBA Playoffs series without leading scorer Donovan Mitchell was certainly going to be a setback for the Utah Jazz. His absence looked even more important after the Jazz lost to the Memphis Grizzlies Sunday night, 112-109.

Jazz fans — and NBA followers — had to be disappointed, if not upset that Mitchell missed Game 1 due to an ankle injury that’s sidelined him since April 16. Though the Jazz finished with the NBA’s best regular-season record and are the No. 1 seed in the Western Conference playoffs, defeating the Grizzlies appears more difficult without their best player.

Reportedly, Mitchell was just as — if not more — upset about being kept out of Game I. According to ESPN’s Brian Windhorst and Tim McMahon, the Jazz star was “incensed” at the decision, which apparently came close to game time.

When the ankle injury was diagnosed, the belief was that Mitchell would recover in time for the playoffs. He wasn’t expected to be out this long.

And apparently, the long process has caused some tension between Mitchell and the Jazz. When rehab and recovery weren’t progressing as hoped, Mitchell began working with his own trainers instead of the team staff.

The disagreement between Jazz training staff and Mitchell’s personal trainers reportedly caused confusion for the guard’s status for Game 1. According to the Salt Lake Tribune‘s Andy Larsen, Mitchell’s people thought he was ready to play, leading teammates and coaches to believe he would be in the lineup. (Mitchell wasn’t listed on the Jazz’s injury report for Saturday or Sunday, which could lead to the team being fined.)

But the team’s staff decided after shootaround that Mitchell wasn’t ready and ruled him out. The last-second decision may have rattled the Jazz before tip-off.

“It was a big surprise. I just don’t know,” Rudy Gobert told reporters after the game (via the Salt Lake Tribune).

“I try to stay out of all this because it’s just going to give me a headache. When you wake up [from a nap], you get ready for a game, and you find out that your star player is not going to play, it throws you off a little bit.”

Considering the Jazz only lost by three points, it’s reasonable to believe that Mitchell would’ve made a difference in Game 1’s surprising outcome. Bojan Bogdanovic led Utah with 29 points but missed what would’ve been the game-tying three-pointer in the final seconds. Mitchell’s absence also likely hurt the Jazz defensively, as Dillon Brooks scored 31 points for Memphis with Ja Morant adding 26.

Whether or not Mitchell plays in Game 2 obviously becomes a big storyline going into Wednesday’s match-up. But with three days to receive treatment and further recover, perhaps the Jazz trainers and Mitchell’s personal staff can reach a consensus on the star’s health.

At the very least, Mitchell’s status shouldn’t be a surprise before Game 2 of a first-round series the Jazz should win.