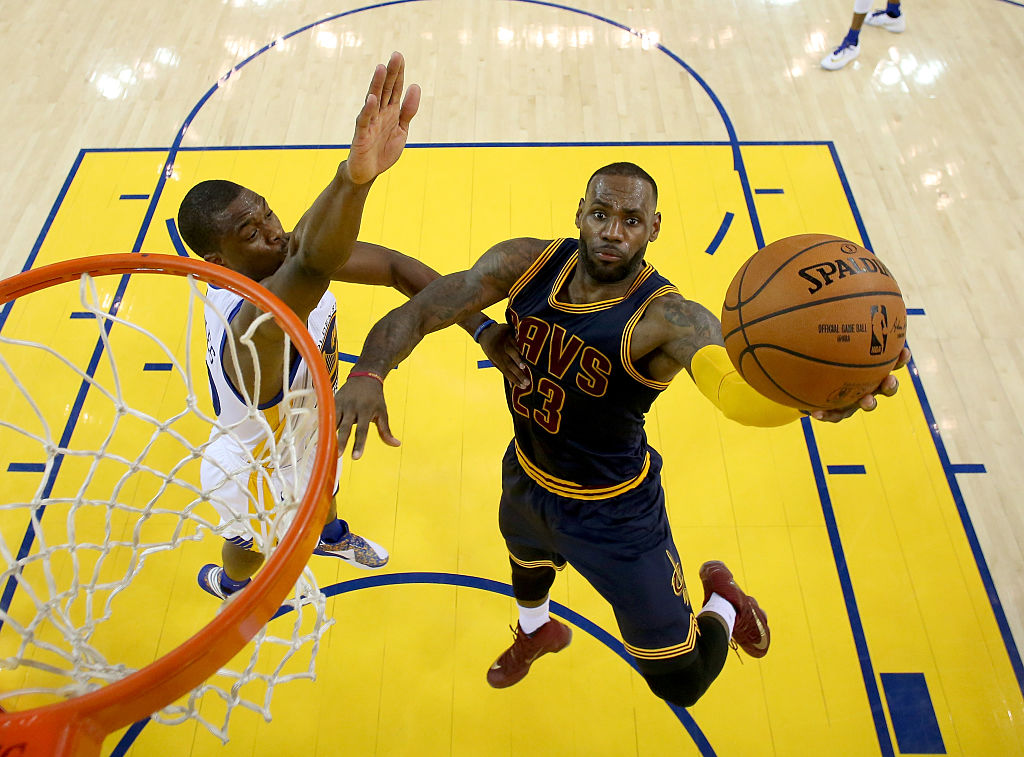 The Cleveland Cavaliers haven’t had answers for the Golden State Warriors through two games of the NBA Finals. The Cavaliers face a must-win Game 3 at home Wednesday night, but will have to come out a much different team if they want to compete with the Warriors.

As good as the Warriors have looked, there doesn’t really seem to be much that the Cavaliers can do. Golden State boasts a complete team that can hurt you from top to bottom, and both offensively and defensively. But there are adjustments that the Cavaliers can make to perhaps keep games closer, and maybe even get themselves the win that they so desperately need to make this a series. Though it’s not looking so great for them, here are three improvements Cleveland must make.

Sharpening their defensive effort and adjusting their strategy

For the first two games of the Finals, the Cavaliers have made it very clear that they are set on shutting down Steph Curry and Klay Thompson, and understandably so. For 82 games and most of the postseason, they’ve obliterated teams with their explosive offense. But the Cavaliers are learning that there is much more to the Warriors. Cleveland could be making things easier on the Warriors with such a focus on the two, as the Warriors have gotten some very easy baskets on the offensive end as a result.

This play from Game 1 shows three Cavaliers following Klay Thompson across the paint, which allows Festus Ezeli to throw down an uncontested dunk:

In Game 1, Andre Iguodala, Shaun Livingston and Leandro Barbosa combined for 43 points for the Warriors. Many of the baskets (for bench players and starters) came in wide-open fashion or were just poorly contested. Game 2 was similar, with the entire bench pouring in 40 points. Much of this came because of a focus on Curry and Thompson.

The Cavaliers have to do a better job of respecting anybody that the Warriors throw on the floor, because their ball movement is so sharp that they can make you pay for the slightest misstep, and they have so far this series.

Here, Leandro Barbosa (who has had a great series so far) gets an open layup thanks to J.R. Smith focusing his attention on Klay Thompson, who quickly makes his way to the corner:

These plays, which are happening often, might force the Cavaliers to play strictly man-to-man more often, as opposed to double and triple-teaming the Splash Brothers on every possession. It’s at least worth trying at this point, because the Warriors are going to be tough to beat either way you play them.

I mentioned in my NBA Finals preview that the Cavaliers might look to Timofey Mozgov to give them some length on the floor, and even try to slow down the pace. Before Game 2, Tyronn Lue stressed that the Cavs needed to speed up the pace. That certainly worked in the Warriors favor, as it has all season. Mozgov saw some time with Kyrie Irving, J.R. Smith, Tristan Thompson, and Iman Shumpert on the floor late, before Tyronn Lue finally pulled the plug on the game and cleared the bench. Don’t be surprised if you see him sooner in Game 3.

LeBron needs to be more aggressive

As the Warriors’ lead grew while the second half progressed, the more isolation we saw from the Cavaliers on offense, and the more we saw LeBron James settling for shots. It’s something I pointed out in my initial reaction of Game 2, when he had Leandro Barbosa 1-on-1, and settled for a 3-pointer:

James hasn’t gotten the help he’s needed in this series, and in just about every way possible. Kyrie Irving and Kevin Love have not come up big, and have not been good on the defensive end of the floor, as expected. He’s also gotten no help from J.R. Smith, nor from his bench.

To counter that, James might have to go full-on 2015 NBA Finals on us. If he’s able to start forcing his will upon the Warriors, that could possibly open things up for his teammates, who all appear unable to create for themselves. The Cavaliers have played plenty of iso, but James might be the only one who can have success with it against this defense.

When he gets these opportunities, he must take them:

It doesn’t even have to result in a basket. If James can get to the line, that’s better than settling for a 3-pointer as seen above, something he’s struggled with all season.

Here, he makes a move on Shaun Livingston, and draws the foul:

Channing Frye, who had a big impact in the Cavaliers series’ against the Hawks and Raptors has been nonexistent in the first two games of the NBA Finals, along with J.R. Smith. The task is tough against the stout Warriors defense, but if James is able to bring more attention upon himself, he’s more than capable of creating easier opportunities for his teammates. There won’t be a better time for it to happen than Game 3 on their home floor, and you know James will be sure to do his part.

Slow down, pay attention to, and respect Draymond Green

Golden State is better when Draymond Green is on his game. Oklahoma City had great success against the Warriors because of their length and athleticism, and a lot of that went into shutting down Green. In the Warriors’ losses to the Thunder, Green was bad and he would tell you the same—often shouldering the blame for those losses.

Thanks to the Cavaliers’ focus on the Splash Brothers, Green has been able to work pretty freely and has been extremely effective in every aspect of the game, just as he did throughout the season. The Cavaliers have also dared Green to beat them on offense, especially in Game 2, and that’s exactly what he’s done.

Green’s open looks on offense, combined with those from the other guys not named Curry and Thompson have kept the Warriors fresh after a grueling seven-game series with the Thunder. Not only on the offensive end, but on the defensive end as well, where they have been playing well on switches and help defense.

The Cavaliers don’t have the personnel to mimic what the Thunder did, but they’ll have to try and add a bigger focus on Green to their defensive strategy. On top of not letting anybody outside of LeBron James, Iman Shumpert or Tristan Thompson guard him, whoever is assigned can’t be ditching Green every possession to double on Curry or Thompson.

Kevin Love was responsible for Green on this play, but went to give help on Shaun Livingston. Nobody should ever have this much space: 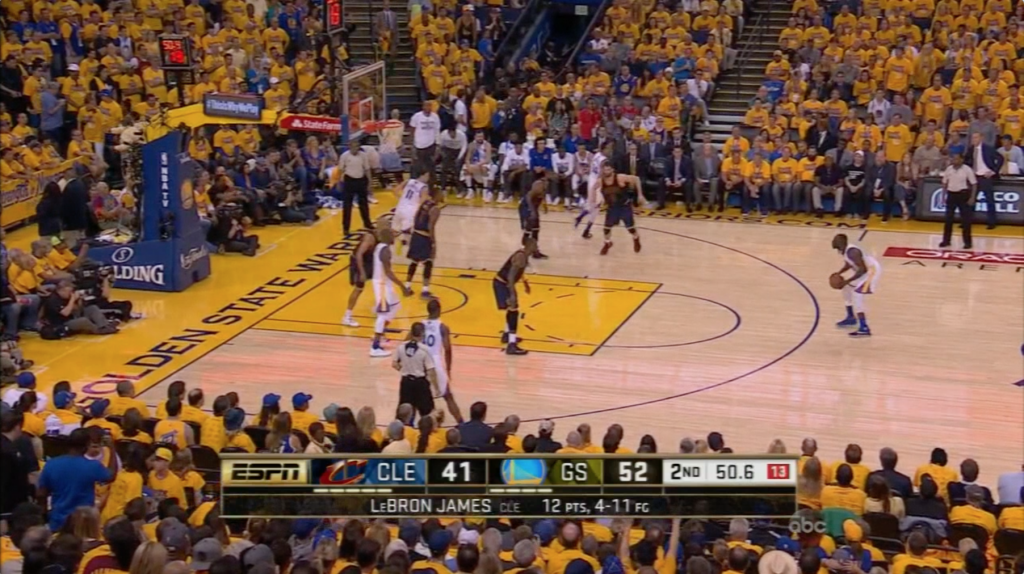 If the Cavaliers are able to find answers by honing their defense, trusting in LeBron James to take over and create for his teammates, while also slowing down and pestering Draymond Green, we could be in for a much more competitive series.

If not, the Warriors become yet another step closer to bolstering their case for being best team of all-time.