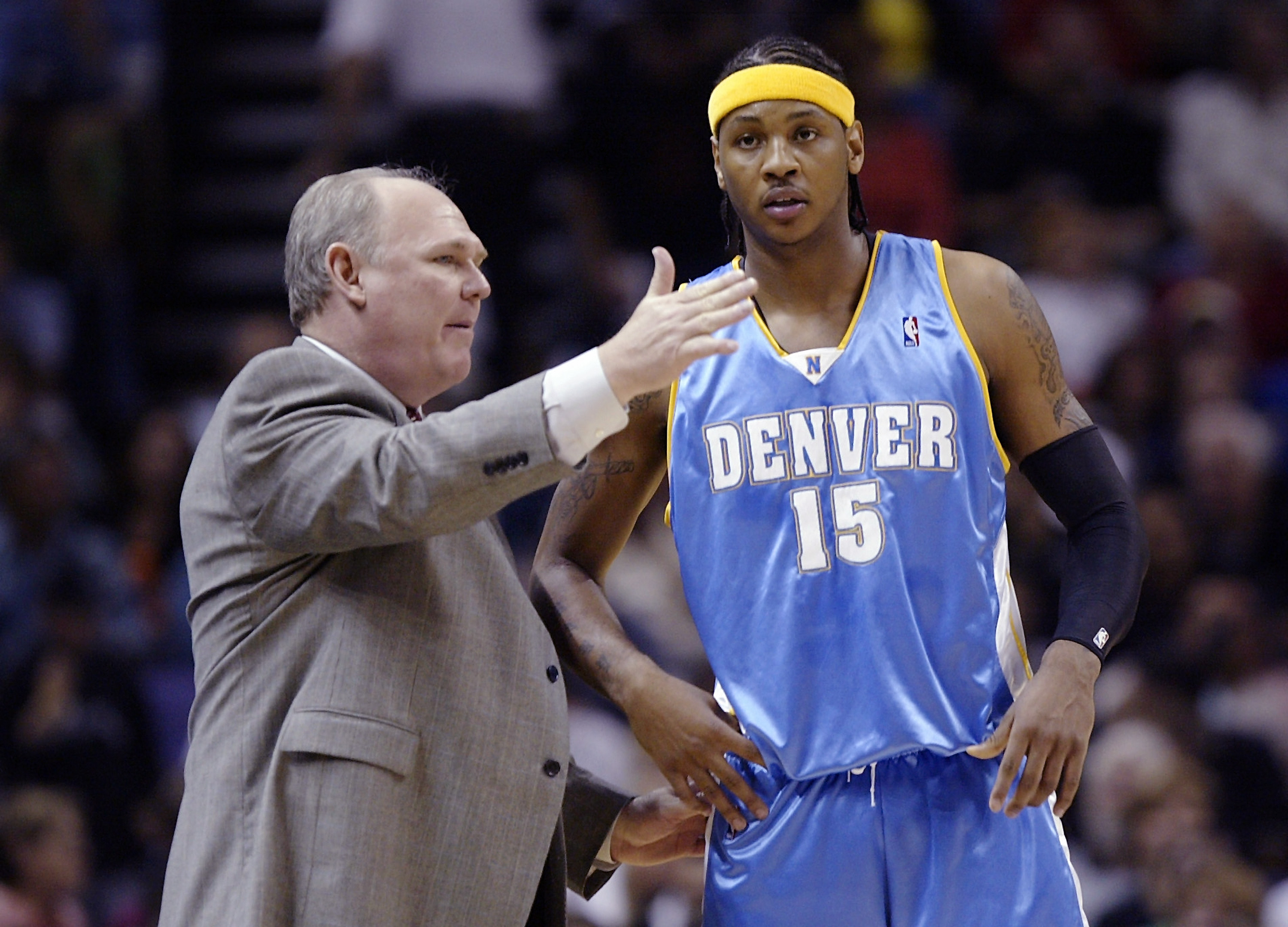 Is there anything more shady than a coach riding players to hundreds of victories, then writing a tell-all book to whine about those same players?

According to the New York Post, ex-Nuggets coach George Karl has a memoir due out in January, with shots at Carmelo Anthony, J.R. Smith and Kenyon Martin filling the pages.

Karl calls Anthony a “conundrum,” complains about his defense, says he was “addicted to the spotlight” and then, in a really craven and gross way, blames Anthony and Martin’s fatherless childhoods for making his life difficult.

“Carmelo was a true conundrum for me in the six years I had him.” Karl wrote. “He was the best offensive player I ever coached. He was also a user of people, addicted to the spotlight and very unhappy when he had to share it.

“He really lit my fuse with his low demand of himself on defense. He had no commitment to the hard, dirty work of stopping the other guy. My ideal — probably every coach’s ideal — is when your best player is also your leader. But since Carmelo only played hard on one side of the ball, he made it plain he couldn’t lead the Nuggets, even though he said he wanted to. Coaching him meant working around his defense and compensating for his attitude.”

Karl also wrote: “The volume of questions about Carmelo eventually wore me down. Sometimes I got so sick of talking about him that I’d just throw up my hands and say: ‘I don’t know what he is and I don’t care.’ ”

Karl wrote Anthony and Martin not having fathers in their lives became a detriment to their personalities.

“Kenyon and Carmelo carried two big burdens: all that money and no father to show them how to act like a man,” Karl wrote.

Karl wrote Anthony “was such a talented kid’’ he could’ve “become the best defender at his position in the NBA.’’

And though we don’t know when the book was finalized, it’s awfully jarring to see Karl refer to J.R. Smith’s “posse” in light of the recent controversy with Phil Jackson and LeBron James.

Regarding Smith, Karl wrote that Smith’s father, Earl Sr., “urged his son to shoot the ball and keep shooting it from the very moment I put him in the game.’’

Karl wrote Smith carried “a huge sense of entitlement, a distracting posse, his eye always on the next contract and some really unbelievable shot selection.’’

“When we traded J.R. in 2011, I was disappointed that I hadn’t helped a clearly talented player advance his game more.’’

Maybe Phil Jackson could get away with this stuff due to his multiple fistfuls of rings, but Karl comes off like a petty jerk. It’s no wonder he gained a leaguewide reputation as a snake.

We’ll see if Karl sells enough books so that taking cheap shots at men half his age will have been worth it.