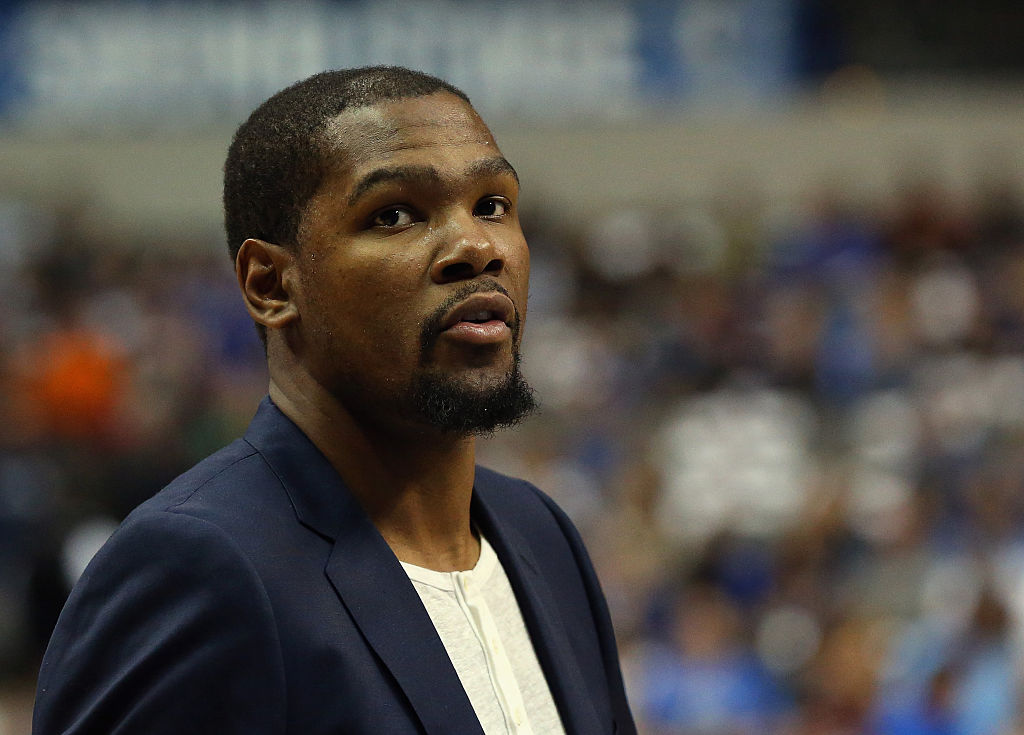 The biggest sporting news that traditionally drops on the 4th of July is who wins the annual hot dog eating contest.  That changed in 2016 when Kevin Durant announced to the world who he would be playing with next season.  After meetings over the weekend with the Thunder, Warriors, Spurs, Clippers, Celtics, and Heat, Durant made his decision Monday morning.  Kevin Durant is now a member of the Golden State Warriors.

Durant made the announcement on the Players Tribune website Monday morning.

This has been by far the most challenging few weeks in my professional life. I understood cognitively that I was facing a crossroads in my evolution as a player and as a man, and that it came with exceptionally difficult choices. What I didn’t truly understand, however, was the range of emotions I would feel during this process.

The primary mandate I had for myself in making this decision was to have it based on the potential for my growth as a player — as that has always steered me in the right direction. But I am also at a point in my life where it is of equal importance to find an opportunity that encourages my evolution as a man: moving out of my comfort zone to a new city and community which offers the greatest potential for my contribution and personal growth. With this in mind, I have decided that I am going to join the Golden State Warriors.

According to ESPN’s Marc Stein, it’s a two-year deal with a player option in year two.

Kevin Durant will sign a two-year deal with the Warriors at $54.3 million, league sources say, with a Player Option for Year 2

Assuming LeBron James re-signs with the Cleveland Cavaliers, Durant was by far the biggest fish on the free agent pond in 2016.  In fact, it may be the biggest NBA free agency sweepstakes since LeBron left Cleveland for Miami in 2010 after holding a series of meetings with prospective teams just like Durant.

The Warriors were one game away from winning back-to-back championships, losing Game 7 of the 2016 NBA Finals to the Cleveland Cavaliers last month.  This came after they set a new record for most wins in a season by going 73-9, besting the legendary record by Michael Jordan’s Chicago Bulls.  Now the Warriors are adding a future Hall of Famer to an already stacked roster that includes Steph Curry, Klay Thompson, and Draymond Green.

Durant is a Top 3 NBA player along with LeBron and Curry, who will now be his teammate in Oakland.  He’s a 7-time All-Star and 5-time 1st Team All-NBA and a 4-time scoring champ in addition to winning the 2014 NBA MVP award.  Durant’s 27.4 PPG is the 3rd highest in NBA history, only behind Michael Jordan and Wilt Chamberlain.

However, Durant is still chasing that elusive first championship, much like James was in his 2010 free agency.  With the Thunder, Durant has made it to 1 NBA Finals and 4 Western Conference Finals but fallen painfully short in the postseason.  Perhaps no exit was more painful than this past season when the Thunder blew a 3-1 lead in the Western Conference Finals against the Warriors.

And now, Durant has decided to join forces with Golden State in his personal quest to finally win a championship.  It’s a terrible blow for Oklahoma City fans, who now get to experience what Cleveland fans did six years ago.  Durant can’t be blamed for wanting to try to win a championship above all else, and it’s clear that Golden State offers the best path to do so… in spite of what he may have thought previously.

Now everybody wanna play for the heat and the Lakers? Let's go back to being competitive and going at these peoples!

It’s an ominous day for the other 29 franchises in the NBA.  Because with a new death lineup of Green-Durant-Iguodala-Thompson-Curry, the Warriors may even be able to break their own wins record next season.  And the Warriors be a prohibitive favorite to win their second championship in three years.  This time, with Kevin Durant on board.